My Dad: The Feminist

by LilyRose about a month ago in feminism
Report Story 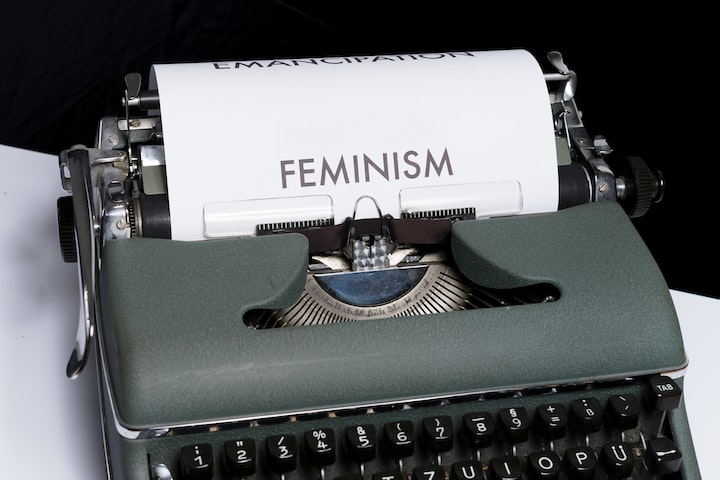 This is the story of how my dad became a feminist.

Let's start with that all important caveat shall we? Just to be clear – I’m not talking about a born-again, protest-chanting, preaching-from-the-roof-tops feminist. Not even the type of feminist that is really comfortable calling himself that word.

Either way, I don’t care. My dad is a feminist and that makes me proud. And this, this is his story.

For starters, my dad is a man of that generation. You know the one - 'The baby boomers'. And in a world where our millennial values are becoming ever more ingrained into the country’s psychy, those post war babies are in many sense a dying breed. After all, how many other future generations will be brought up on the acquired diet of cold corned beef slices and boiled potatoes – mustard to taste - and think it a delicacy?

He was the typical working class lad from the outskirts of east London – home of the cockney accent for those that are unfamiliar with the terrain. Raised in the era of the British stiff upper lip, his world remains to this day, a fairly black and white place. It's the kind of world where men don’t cry. Where men are the breadwinners. Where ‘blue jobs’ still exist.

He was dyslexic. So at 15 years old school came to an abrupt end and after his dad secured him an apprenticeship in the factory next door; long shifts in metal workshops soon ensued. I won’t bore you with the intricacies of workshop life. Remembering far too many visits as a child, I can safely confirm they are noisy, dirty places with little to no interest in this story. The only thing you really need to know is that despite trouble with his letters, he was bright, and the next ten years he spent working six days a week were by no means wasted. Yet still, his world was light years away from the daily grind of our modern careers. Life was different then. By the time he was 25, he’d still never been on foreign holiday. His father took a third of his income back in rent and the other 2/3 of the salary was spent on motorbikes. The only women in his life were the distant ‘office girls’ that sauntered past the workshops on their lunch breaks.

Eventually, he met my mother, whose own middle class upbringing teased out a new and exciting wild side. He tried salad for the first time and then pasta - at first liking neither. They went for weekends away on the Norfolk broads and then at 26 he left the country for the first time to go skiing. Together they dreamed so big that my Grandma had to sit down in shock when they announced they were planning on buying a house together, rather than signing up for one of the local council houses as was the norm.

He was, as my partner likes to tease, 'a bit of geezer', or perhaps as they say in other parts of the world, a hustler. His side hustles varied over the years, including everything from painting old beer barrels as repurposed planters, to fitting carpets and kitchens, to teaching driving lessons. He got the taste for sales going door to door selling security alarms and then finally he took the plunge and leaving the factory floor behind him, he started selling drills and machines tools for the factories where he'd cut his teeth.

As it turns out, dear old dad, did quite well for himself.

Then came suburbia. They got married, bought a house and starting trying for a family. By today's standards they were relatively young parents, but back then having kids was just part and parcel. There were three of us. Three daughters to be precise. According to our neighbour, to have three daughters was a blessing so great that in Islam it would have meant a sure ticket to heaven. Saint dad we used to call him after that.

I would like to make it clear to you now that this is not the point in the story where my dad becomes a feminist. Whilst having three daughters certainly speeds up the process, there was a fair amount of work to be done and the machine tool industry where dad spent most of his days, was not an atmosphere conducive to questioning gender norms and societal values. I would like to point out, in the way that those of us do who are just trying to defend the ones we love, that’s it’s not that he was a sexist, as such. Just that he occupied that world where girls are from venus and boys are from mars, and space travel has only just reached the moon.

But still, like I said, having three daughters did rather speed up the process. Raising us was a baptism of fire so to speak. First there was the barbie dolls; the the dressing up; the pony obsessions; the ballet classes; the tears; then came the hormones which of course led to more tears; make-up; periods; boys. I could go on.

There were many times when raising girls left him lost for words. Many times when the words he found were well-meaning but awkward and fell into that intergenerational void where it was best to thank them for their advice and swiftly move on. I have a few distinct memories from this time; the time my older sister first ran to the bathroom screaming “the flood gates have burst" - a universal indicator that it was time to change her tampon. Another time, when I was prancing round the kitchen excitedly in my first padded bra and asked dad what he thought.

Remembering his face even now makes me crack a smile.

His advice too, had all the hall markings of a parent that remembers all too well the hard won battles of social climbing. As the first generation in my dad's family to scramble into the ranks of the middle class, we were not privy to the follow your dreams type sentiments that are popular today. Instead being the recently promoted middle class children that we were, mum and dad told us to listen to our teachers, do our homework and get sensible well paying jobs. In hindsight, it's probably no surprise that as a result we’ve ended up with a doctor, a government official, and me – the chip off the old block… saleswomen extraordinaire.

Back to the story.

Let's fast forward a few years. All three daughters have flown the nest and retirement was calling.

Yet after forty years slogging away the transition to retirement wasn't quite as seamless as he'd anticipated. Sure he loved being at home, but he missed the cameradie and competitiveness of the sales environment. The long days on the road interspersed with morale boosting calls from colleagues.

And that's how it started. At first the phone calls were a means of checking in. I would tell him about my day and we would laugh about the absurd targets, and the sometimes deranged customers.

It was a world my dad understood. For the record, I work in medical sales, selling software that allows doctors to visualise the inside of their patients in theatre. It’s a world away from the spinning lathes he used to sell, but nevertheless he understood the technicality of it. In the same way he learnt to cut metal, I learnt to read the incessant bleeping of the machines that control our most basic functions in our weakest moments.

He understood the 5am starts to travel halfway up the length of the country for an appointment to be cancelled at the last minute, the technology that just ‘had a bad day’, the obstitant technician that was determined that the machine didn’t work despite refusing to let you apply the fix. He understood what it means to work in a room full of people but never be apart of the team.

The thing he didn’t get was that I was a girl.

And that doing this job, in a world of cutting edge medicine, as a girl, is tough. In the niche area of medicine I work in, 97% of my customers are men. Though representation amongst the auxillary staff is better, a lot of my day is spent running around after the whims of male surgeons, high on the absolute power they hold. Sexism, as you may expect, is rife, and generally this is something I have learnt to take on the chin. I cannot count the number of times I have walked into a theatre, my young male trainee in tow, and had to inform the surgeon that it would be me, no me, performing today's mapping.

But even though I was as used to 'the remarks' as I was, I was not accustomed to the blatant, misogynistic, narcissistic tendencies of my latest boss. He was by no doubt a schoavanist. So confident was he, that he made very few attempts to even disguise it. When he cut me out of a hard fought meeting I'd won with our most prized customers, it was the final straw. I burst into tears and called my dad. I explained the situation. The pattern.

At first he struggled to get his head around it as it didn't make sense - I hadn't done anything. He watched as I became disengaged. Frustrated. Angry. Then it made him angry too.

And the evening phone calls to hear about the friendly sales rivalries turned into strategic game plans. He learnt the unspoken rules. He learnt that men don’t respond to aggressive put downs when they are delivered by young high-pitched women half their height. That we have to tread carefully. That we can’t walk in to the boardroom and throw our weight around. That no matter what they do, that it is us that everyone is watching. We cannot loose our temper. We have to remain the reasonable ones. We have to outsmart them. We have to have allies. Male allies.

We cannot, no matter what they do, call them sexist.

It was in that moment I think my dad became a feminist. That he understood that the deck was stacked. That he as a loving, caring parent could do nothing but watch the injustice unfold with me. That this is what it means to be a woman in business. That the game we play has more forfeits than leg ups, but that we play it anyway. That this is a man's world and that in the end, a win for us, does not necessarily mean they loose a god damn thing.

He has, I think learnt, that the existence of these men is not what is important. They will always exist, in some pathetic form or another. It is something most women have learnt to accept. It is the actions of those around us, in those moments, that matters. It is the not standing by and doing nothing that is more important.

I couldn't be more proud.

Corporate cog by day, poet by night. Writing is my happy place. Comments, follows and critiques are always welcome!

More stories from LilyRose and writers in Viva and other communities.