Is there a Gender War Happening Today?

by Liza Blue 14 days ago in feminism 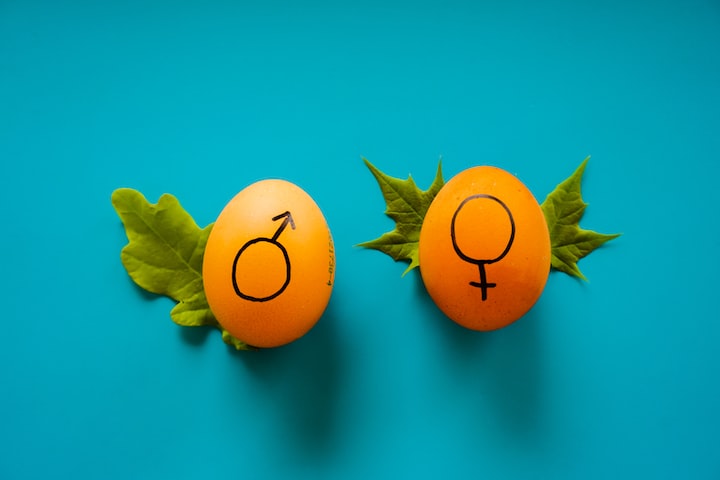 The term ‘Gender War’ is often a buzzword within American culture that incites a wave of differing opinions. Is there a war of women or is there a war on men? Has the rise of Men’s Rights Movement come up to counteract Feminism? Likewise, has these two movements caused a gender divide?

The Rise of Feminism

The First Wave of Feminism occurred in the 19th and early 20th century which as largely lead by the Women Suffragettes. It challenged the gender inequalities that was present in the legal system which was fuelled by women’s participation during the World Wars. The main laws that the Suffragettes called to be reformed were:

Ownership of wages, property and money (which would have been given to their husbands)

This First Wave was eventually successful with achieving universal suffrage, when the 19th Amendment was passed in the US Congress in 1920.

The Second Wave of Feminism in the 1960s to 1980s widened the movement to include cultural minorities, gender-based discrimination and sexism within a patriarchal society. It focused on changing issues regarding:

The Second Wave was successful in increasing women’s economic benefits in the workplace. The Equal Pay Act signed by Kennedy in 1963 which prohibited wage discriminated based on gender further propelled the Feminist Movement to call for further reforms.

The Third Wave and Fourth Wave of Feminism occurred in the 1990s and has continued into the 21st Century. While the Third wave seemed to continue advocating for the rights that the Second wave proposed, the Fourth wave of Feminism has been heavily critiqued.

The Fourth wave of Feminism has focused on the empowerment of women such as the MeToo movement, however as with each wave of Feminism, the movement’s definition has been been ill defined and difficult to differentiate. This has influenced the support of the movement, as seen CBS nationwide random sample of 1,150 US adults. They found that when given a equal-rights definition, 58% of men and 65% of women were more likely to identify as feminists however when there was a lack of definition, only 14% of men and 24% of women identified as feminist.

This lack of cohesion has brought about a subgroup of Feminism, namely Radical Feminists.

Radical feminists seek to subvert the patriarchy, a system which they believe oppresses women and privileges men. However, there have been increasing scrutiny that Radical Feminism has a strong anti-male rhetoric. The idea that radical feminists push, that men are perpetrators and women are victims is quite inaccurate. According to the National Coalition Against Domestic Violence, on average in the US, 1 in 4 women and 1 in 9 men experience severe physical, sexual violence, or stalking that culminates in injury, PTSD or sexual diseases. Considering this, could the rise of Men’s Rights Movement be due to this radical Feminist ideology?

The Rise of Men’s Rights Movement

The Men’s Rights Movement came from the Men’s Liberation Movement in the 1970s. This movement opposes feminist ideologies and focuses on areas within institutions that men are oppressed or discriminated against such as the court system. Over time, this has generated multiple subgroups within the manosphere such as MGTOW (Men Going Their Own Way), Incels and The Red Pill SubReddit. Some of the issues where Men’s Rights Activists believe that women are more privileged in, relate to:

This has caused some men to go into groups such as MGTOW to avoid romantic or sexual relationships with women due to the financial and legal risks that men face. They choose to disengage from areas in society such as the court system which they deem hostile to the male gender. However, is this disengagement with the opposite gender making relationships and marriage more difficult?

Has these two movements caused a division between men and women?

It seems that the issues that both Feminism and the Men’s Rights Movement bring up are valid points and should be addressed. Issues of sexual assault and violence as well as child custody influence both genders but to varying degrees, with women more susceptible to gender violence and men having a disadvantage in the Family Law court.

These issues need to be addressed by both genders in a cooperative manner as opposed to a rigid stance in ideology.

The Feminist Movement and the Men’s Rights Movement can be viewed as polarising opposites but while this doesn’t necessary constitute a ‘Gender War’, it does cause misunderstanding and resentment in both parties. The more radicalised in both movements seem to display a blatant bitterness towards the opposite gender. The reasons for that may vary person to person and at different levels.

Yet, while marriage rates have been falling and divorce rates have been increasing in the United States, it is difficult to conclude the these two gender movements have caused the breakdown in marriages and relationships.

Likewise, it is difficult to infer that the Feminist Movement and the Men’s Rights Movement have been the major cause of the decrease in relationships, but rather a contributing factor. There are many other factors that influence a relationship, marriage and divorce.

It can be deemed that there is a number of radical feminists and men in the Men’s Rights Movement such as MGTOW who have chosen to not associate with the opposite gender.

Although this will not cause a gender war, it creates uncertainty and distrust towards the opposite sex, with some people questioning if relationships and marriage are even worth it in the first place.

What should we do about it?

1. Don’t Blame the Other Gender

Blaming the opposite genders for issues with relationships and marriage will cause a stalemate as which will make the other party more defensive. This will hinder the progression of any more discussion about gender equality.

2. Try to See the Other Party’s Perspective

Trying to understand the other gender’s points will allow us to empathise with their issues. While some issues are more prominent for either females and males, gaining a different opinion about gender issues can be the catalyst in promoting change.

Creating a safe space, where both genders can openly and honestly communicate their points will allow more authentic connections. Actively listening to the other party’s side will break down preconceived assumptions about the other and foster mutual awareness of gender issues. Ultimately, creating respect for each party will enable both genders to cooperate together to challenge gender norms and issues.

To conclude, while there is not necessarily a ‘Gender War’ happening today, rise of movements such as Feminism and Men’s Rights Movement both raise valid points regarding gender specific issues. However, radicalisation of these movements create a divide amongst the genders which may be a detriment to marriage and the family unit. Therefore, a open discussion about these gender issues will encourage both genders to come together and truly work towards gender equality.