Internalized Misogyny Made Us Hate the Color Pink

by Haylee Griffith 9 months ago in pop culture
Report Story

I say it's about time we fix that 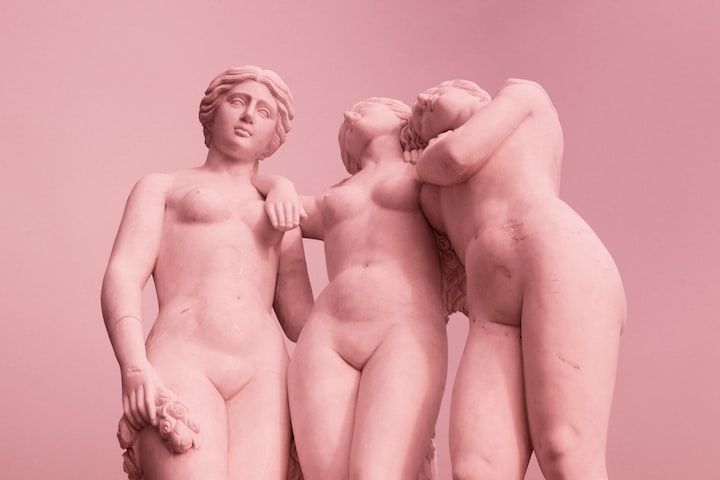 Photo by Allyssa Olaivar on Unsplash

Let’s play a little game, shall we? I want you to think of the first color that comes to your mind first when I say the word “girl.” Have your color yet? I bet you do and I can guarantee that the color is pink, and I don’t blame you, I would have said the same thing.

We have all been hard-wired to associate the color pink as a girly or feminine color, but have you ever even thought about why we do that? The answer is quite plain to see: internalized misogyny has shaped us this way. I’m ready to break this harmful stereotype down, who’s with me?

Your gender decides your favorite color for you

Gender-specific marketing is something we see so much in our daily lives that we don’t even notice it anymore. The second you walk into a clothing store you know which sections are meant for the boys and which is for the girls based heavily on the colors associated with each gender. Even before you are born, gender reveal parties decide for you that blue is the color for boys and pink is for girls.

This idea carries on well into childhood as the color pink gets shoved down our throats until we simply can’t stand the sight of it anymore. I knew I grew up thinking I was cool for telling people I’m not like most girls and I hate pink because of it. Pink is now my favorite color because I started disassociating it from the negative ideas I grew up on. At the end of the day, it is just a color, why make girls feel bad for liking or not liking it?

“Little baby me wanted to appear strong, and I thought that wearing or using pink would make me appear weak and girly.”

Young girls think that if they wear pink or show they like it at all that they will appear weak and girly because society has taught us that for so long. Practicing this idea is so toxic and harmful to little girls because it makes them think being girly is a bad thing when that’s not true at all. Even boys avoid wearing pink because it makes them seem feminine and challenged their masculinity. Why do we feel so threatened by a color? Do we completely put this on ourselves?

The internalized misogyny behind it

Internalized misogyny is so harmful to women because it is ideas and beliefs we carry on ourselves and other women around us. Phrases like “I’m not like other girls,” or “you fight like a girl,” are used all too frequently because it’s all we’ve ever known and disliking the color pink falls right into this.

The fact that people of all ages and genders associate girls with the color pink is really damaging and we are starting to see the effects of this. Little girls deserve to love whatever color they want regardless of what society says it should be.

Giving them the idea that pink is nothing more than a weak color is damaging to the way they view women in this world. We teach young girls to be strong and fearless, yet push them down with these harmful stereotypes. This is a prime example of internalized misogyny because we don’t even notice how damaging it really is.

My own relationship with pink

I recently came across my old writing journals from elementary school in hopes of finding some fun ideas and just seeing what went on in my mind at the time. I tore out this piece of paper because I remember that I was going through my hating pink phase during this time and I remember it vividly.

This picture is a great example of what internalized misogyny does to girls as early on as elementary school. It’s not so much what the color is, it’s what the color represents: weak and fragile girls. The second sentence from that picture clearly shows I actually did like pink because it “looks good on me.” I appreciate the self-confidence but hate that I felt the need to clarify that I don’t like the color.

This picture single-handedly prompter me to share my frustrations surrounding something as simple as a color. Having that thought process at such a young age damaged me and so many other women I know all because society took the opportunity to once again shame girls for no reason at all.

I have since come to love and appreciate pink because I don’t let my favorite color determine who I am or what I stand for. I am so sick of internalized misogyny and how it affects us at such a young age. We have the ability to fix this issue for and for all and I know we are powerful enough to do it.

Pink is a powerful color

I love pink because it’s the color of my favorite flowers. I love it because it’s beautiful and makes me happy, not because society says I should. If you don’t like pink, that’s fine too. Nobody should have to feel like they should or shouldn’t like a certain color because that’s ridiculous and I’m tired of it.

Internalized misogyny is so deeply rooted in us that we can’t even like the color because of how it’s viewed. I’m done pretending I don’t like pink and I’m done thinking of it as feminine or weak because it has and always will be just a color, a beautiful one.

The fate of pink is now in our hands. Instead of letting this stereotype live on, let’s crush it and paint a new narrative. Pink is not weak or girly, it’s strong and powerful just like us. Pink is whatever we want it to be, and I don’t know about anyone else but I don’t want it to be considered weak anymore because that couldn’t be further from the truth.

Just a teenager with too many thoughts and, unfortunately for you, a laptop to write them down on :)

More stories from Haylee Griffith and writers in Viva and other communities.