I Was Sexually Assaulted On The Plane #storytime

by MASH 9 days ago in body

My mum was kinda mortified when I told her, good thing she doesn't know the whole story.

I am fresh 18, I have packed all of my clothes, sold my furniture and booked a one way trip to London. Why? Because, why not? I wanted a change and instead of wishing for it, I just did it.

Honestly, I dont think anyone thought I would do it, but here I was about to pop on my Emirates flight to Dubai. This isn't my first time flying, you see the truth about my origin is disguised by my thick bogan accent. I am actually Russian, born in Kazakhstan and have been on planes since I was 6 years old.

I am not worried about flying, although I am definitely not looking forward to the 21 hour journey... can I teleport to the future where flights only take an hour? Lol.

I get on my flight and I am loving it straight away. Do you know that feeling of freedom you get when you board a flight? It's kind of like your soul saying "See ya bitches!" to the life you know. It's either that or you are probably shitting bricks about flying, each to their own.

Anyways, I love Emirates, my fave by far. They give you hot towel when you board, feed you every 2 hours (love that for me) and just overall great humans. This flight was no different.

I am still sitting in my window sit as a man takes a seat in the isle sit. There are two sits between us and I am thinking, hell yeah I can spread my legs out...woop woop (only frequent flyers understand the joy, kinda like winning a lottery in the economy class when flying). I also notice that he is with his family, as I can see he is talking in a foreign language to the people in the middle row. They must be middle eastern as the women are wearing hijabs, and the language sounds like something I heard in Turkey. I assume it's his mother, wife and two kids. I think innocently to myself "How cute, family holiday!" 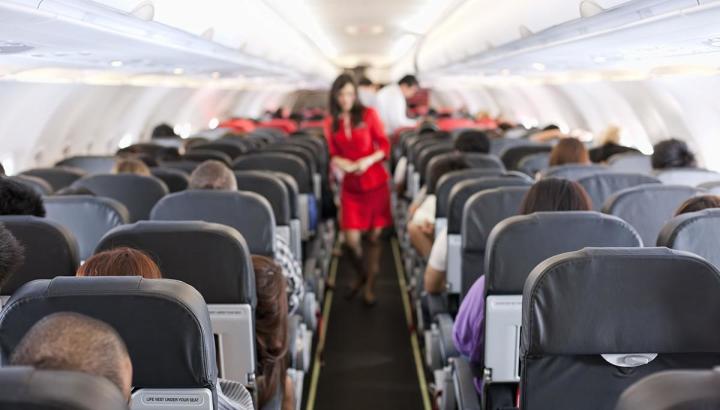 Now, what is a really dumb and careless thing that many people do that's actually pretty dangerous? Sleeping pills on the plane. Why, you may ask? Well there are many risks, but the main is getting thrombosis. That's blood clots that can form in your blood vessels due to the altitude and no movement (it can actually be quite deadly).

So, what did I do you may ask? Well, just what the doctor ordered, two Valiums and Baileys on rocks. Woops, sorry Mum. I was 18, okay?

After consuming my scrumptious meal and wiping my hand with the hot towel, I was out. I woke up every 2 to 3 hours to turn and then dose back off. Then, with 2 hour left before landing, it happened.

The stewardess woke me up. Now, you know that feeling when someone wakes you up at 2AM when you are deep asleep? Well that's how I was feeling, mixed in with two Valiums and blocked ears from the flight.

Then she spoke to me "I think you should move seats up the front of the cabin?" I wasn't sure what she was talking about, but I nodded and thought to myself, I would really love some more leg room. Then in my sleep daze I shuffled to the front, ready to doze off again.

The stewardess spoke to me again "Have you taken any medication on this flight?" I said I had sleeping pill prescriptions (white lie? I only had the pills maybe not the prescriptions part)

"I have some really bad news to tell you" she continued "The man sitting next to you, was feeling you up while you were asleep! I noticed as I came to wake you up for food" OK, now a normal person would probably be very mad and uncomfortable, but to tell you the truth in that moment I just though, I am wearing a onzie, how can someone do that? Also, where is the food?

I mean you can either laugh or cry in situations like this and I made my choice.

I never filed a complaint or said anything to the man, why? Well first of all I might of missed my connecting flight, and he was definitely not worth it. I think about it now, almost 4 years later and think, wow his poor family.

Can you imagine how bad their lives must be? Imagine living with a man, who sat beside his family on a flight while filling up some stranger? I could have confronted the man (I am Russian after all, you should see me angry) But, what good would that do? Why would I want to embarrass those poor women? I can't imagine living with a man like that.

I want to use this platform to share my travel stories, as I have many amazing stories, as well as some not so much. This is just a taste. I want to encourage you to think about why people do what they do, and before reacting to a situation next time, just think about who it would affect!

body
MASH
Read next: The State
MASH
See all posts by MASH →