I Was Always Proud That I Wasn't A "Typical" Girl

by Richa Khare 7 days ago in feminism

Until I realized it was the most misogynistic thought 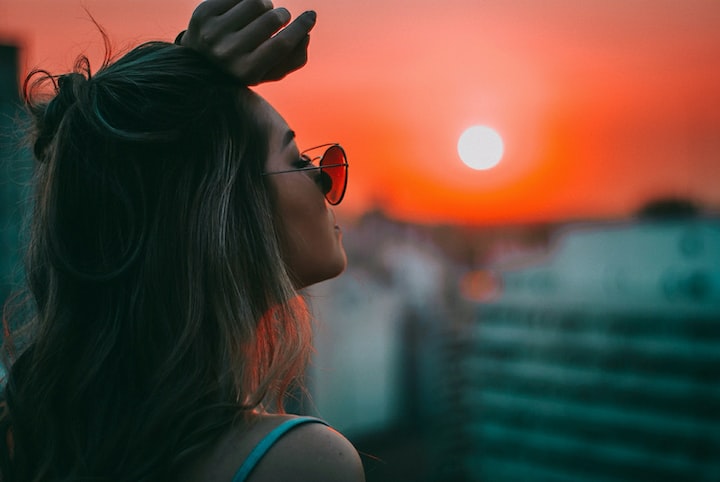 Photo by Pietra Schwarzler on Unsplash

I was always a little different from other girls in my class. While most of the girls liked to talk about clothes and fashion, I wanted to talk about books and the latest gadgets. I was always a voracious reader so wanted to discuss amazing things described in them(this was the pre-internet era when we relied on books for all our knowledge). But most of the girls couldn't share my interests.

All my school life, I couldn't make a single good girlfriend. I quickly got bored with all the 'frivolous' talk and either changed the topic or left the conversation. Because of this reason I made better friends with boys than girls. Slowly, I started taking pride in this behaviour that I was so different from other girls and was not like 'them'.

After graduating from school, I joined secondary college where I chose my favorite subjects Maths and Science. A few of my friends chose other subjects of their interest like History, Civics, Economics etc. Now in my time, the main subjects were maths and science. It was assumed that those who aren't good at studies take other subjects. Again I was prejudiced against my friends for choosing 'lower' subjects. I started looking down upon them and slowly drifted apart.

Later, I met some girls in my course who shared the same interest as mine and we remained good friends for a long time. My pride increased in proportion to my academic success. Anything which wasn't Maths, Science or Computers was worthless. I became trapped in a world where even thinking about fashion, clothes, makeup or boys was unacceptable.

Today I regret that I wasted some golden years of my life without enjoying them. But I was too much convinced that I was above these petty and normal things which excite other girls.

Another phase of life started

After my marriage, I got busy with family and my husband. My career took a backseat amidst all this. Slowly and unknowingly, my life changed and new interests replaced the old ones. I can't even remember when I started to dress up for my husband, put up makeup and shopped till I dropped.

Amusingly, these same things which aversed me earlier now started to excite me. When my husband complimented my looks, I felt very happy and tried to surpass myself next time.

These 'vain' habits now became my daily life. Later, with kids, some more new changes came. My life was now completely different. It wasn't even remotely close to what I had imagined it would be. The most ironic part was that I was enjoying this phase and felt absolutely no regret.

One day, I was talking to the wife of one of my husband's colleagues who was much younger and newly married. Mid-conversation, I noticed a slightly bored expression on her face. With a jolt, I realized that I was continuously talking about kids, cooking, shopping etc: exactly the same topics which bored me not long ago.

For the first time in my life, I realized that I was a normal girl and this behaviour is not something to make fun of or dismiss as frivolous and shallow. I was different that's all, not thinking low of other girls.

What behaviour is considered a "typical" girly one?

So, what exactly is this so-called typical girl behaviour? It can be anything like: giggling together, feeling shy in front of others, talking about the latest fashion and clothes etc. These things are considered to be normal girl talk.

Our society has ingrained in everyone's mind how we should behave. Girls and boys are expected to behave and react differently. It's ok because both are different. But demeaning girl behaviour as something frivolous and attributing to low IQ is not acceptable.

I too succumbed to this rationale and kept thinking that I was somehow better off than other normal girls because I didn't indulge in such 'petty' things like fashion, clothes, boys etc.

I failed to realize that these things are just a common reaction and differ from person to person how they behave. There's nothing wrong or demeaning in it.

Who decided what is important and what's not?

Now the big question is who decided in the first place what's important and intellectual and what's not? We know by default that all the girl talk and matters are trivial and are usually secondary to more important boys' matters. But how and when this became the norm?

And this is true all over the world in almost every culture and society. One reason might be that since men contribute to the economy of the house and country, their matters are considered to be more important and serious. Since childhood, both genders are conditioned for their future roles in society.

Boys and girls are indeed different both physically and emotionally. Girls are usually more emotional and soft by nature. But society plays a big role to make this difference more pronounced.

The softness and humility of girls are used against them to tag every girl as weak and hence their interests become unimportant and are dismissed as something trivial.

Everyone pays a hefty price for this discrimination

Not only girls, boys too become victims of these standards set for them. Even if they are feeling emotional and vulnerable, they are scared to show it lest they be labelled as 'behaving like a girl' attitude. With time, these suppressed emotions take the form of aggression. If boys are allowed to let their emotions show without inhibition, the problem of aggression can be overcome.

This difference starts showing in their academic choices as well. Boys are almost always under pressure to choose Science and Maths even if they don't like it because again these subjects are 'more important' hence more suited for boys.

Although the same is not true anymore for girls. Now if a girl decides to choose History, Geography or Fashion designing, she's considered less intelligent. Because again these subjects are not that important and are 'girly'.

I myself was a victim of this thought process. I used to look down upon my classmates who had chosen 'less important' subjects in place of Science and Maths.

I couldn't understand at that time that it's purely a matter of choice. As I like Maths, my friends loved world politics when they chose 'Political Science'. There wasn't anything right or wrong, it's just a choice.

Thank god that I never shared these thoughts with anyone. I always kept them within me and did not boast that 'look I'm not like other girls'. I definitely owe an apology to all my friends whom I looked down upon without any reason and to all women in general.

So, today I want to say to all those whom I've wronged by this shallow and misogynist thought process of mine: I am sorry

Writer at heart and blogger by passion I love to write about various topics like Health and Wellness, Travel, Books, Kids etc. When not writing, I can be found playing with my two kids and three cats.

Receive stories by Richa Khare in your feed
Richa Khare
Read next: The State