I Thought My Vagina Had a Tail

by Alfie Jane 2 months ago in body

I learned something new that day 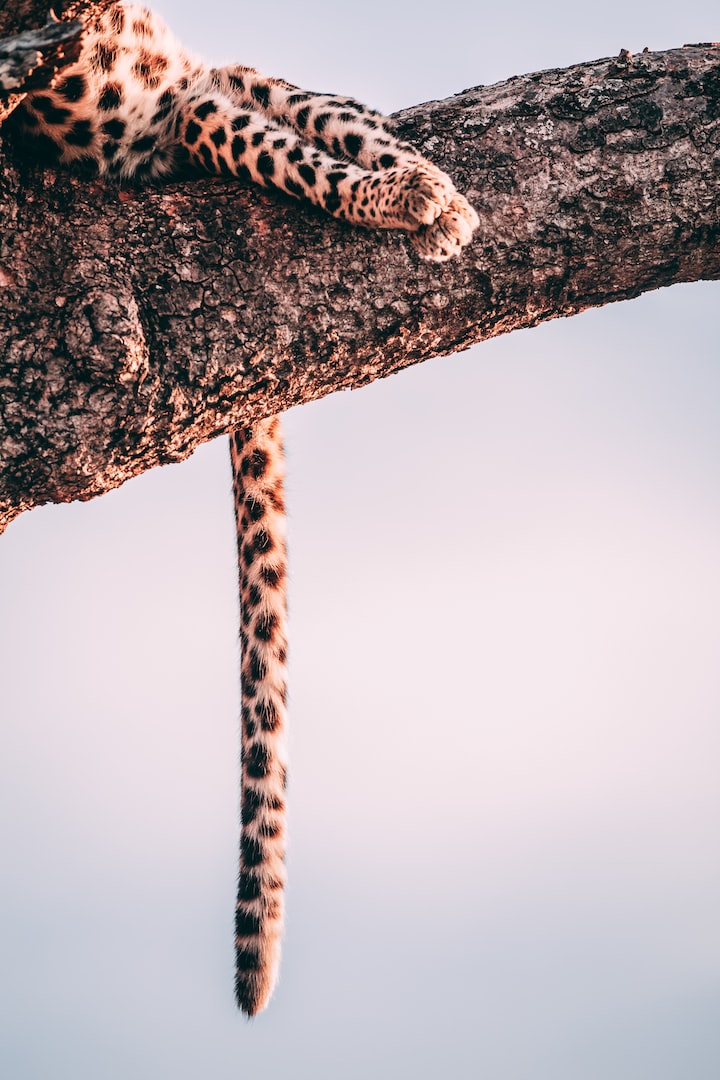 You don't expect too much when you go in for a bikini wax. You know it'll hurt if you forget to take an Aleve before your appointment. You know ingrown hair pain is much worse than the waxing. You know the warm towels are the enjoyable part. And you know how awkward, yet painless, the butt-waxing is.

You don't expect a panicked waxer to borrow your phone so she can take a picture of your lady-bits because she's worried about you.

It was the late 2010's, around 2016. Bikini waxes turned into my monthly beauty day. I'd take care of the girl, then get my nails done later. China was cheap enough for me to do that.

There's something about someone savagely ripping hair off your privates that makes understanding Chinese easier. I studied Chinese since I was nineteen, but learning it with the waxer, in a cab, or a nail lady made it easier to understand and use what my teachers taught me.

One summer morning, I took my pain pills then went to the spa. I was paranoid I'd be late, but I ended up being at least ten minutes early. No one else was in the spa, so they let me in.

Side note, the best part of the whole ordeal is in the beginning. I'm prone to ingrown hairs, so they put a warm towel on to make it easier for them to wax. I'm not sure if it's because of the pain pills kicking in, or if it's from the heat of the towel. But when they take it off and start waxing, there isn't much pain. I hardly feel a thing.

And then it happened

My waxer finished the front, and she had me turn around for the butt wax. I'm a hairy woman, so when I turned over, I stretched first. At that point, she stopped me.

"Can I use your phone?" she asked in Chinese. "I need to show you something." Eyebrow raised, I gave her my phone.

"Where is your camera?" she asked. I opened my camera and gave her my phone, still confused. I heard the click of it, and she showed me the picture.

There was my vagina in all her glory. At the end of it was something sticking out of me, like a tail. I heard looking at her was like an old man frowning, but now I was picturing a frowning old man with his tongue sticking out. Not Albert Einstein but an angrier old man.

"I've never seen this before," the girl told me sheepishly. "I think you need to see a doctor."

But I didn't see a doctor

Instead of making an appointment, I went to my work. I was an ESL teacher in the heart of Beijing.

It was my day off, but one of my close friends was working. My boss gave me a half-eyebrow, half-evil eye when he saw me walk through the door.

"I need to see my friend!" I said excitedly.

"Okay," he shrugged and walked away.

Two of my friends were working that day. They sat in one of the classrooms talking when I burst through the door.

"What are you doing here?" they asked.

One friend tilted her head, processing. She was quiet for a minute. The other one said, "Let's see it."

I gave her my phone. She didn't move for a while as she stared at the picture. She turned the phone horizontally, then vertically, then gave it back to me.

"I don't know what that is," she said. The other friend didn't look at the picture.

I'm not a fan of going to the doctor. I know I shouldn't, but I avoid it unless I have to go. When your close friend has no idea what to make of your new tail, there isn't an excuse anymore.

I'll give hospitals in China this one advantage. As long as I have a Chinese doctor, not a foreign one, the doctors don't get on your case about your weight. Being a fat woman, I have bad luck with doctors blowing me off when I come to them. They like to tell me to lose weight when I'm sick.

This hospital didn't do that to me. The doctor was a Chinese woman whose English was near fluent. She listened to my story then had me lay on the bed.

"Don't worry," the doctor said, "I see this a lot. It's more normal than you think."

But the hymen doesn't work the way we think it works. The hymen surrounds the vagina, and it's usually shaped like a donut. It indeed breaks, but it's not always true you're in pain when it happens. Some women break their hymens and don't feel a thing.

Not all hymens are the same, though. There are five types of hymens. One type, called the imperforate hymen, can give a woman severe problems if she doesn't get it surgically broken.

Though I don't need surgery for my hymen, it looks more like a skin tag hanging out of me than anything. It's relatively harmless, but I wonder if it's part of the reason why I have difficulty wearing tampons.

I learned a lot about hymens that day

As fun as it was to picture myself growing a tail from my vagina, I'm glad that wasn't the case. It's a perfectly normal thing that can happen to any woman. Our hymens wear over time, and maybe it's a remnant of mine.

Our bodies are exciting. Everyone has a unique experience with their body. It can be both fun and weird experience learning about your body.