LB
by Laura B 3 months ago in health 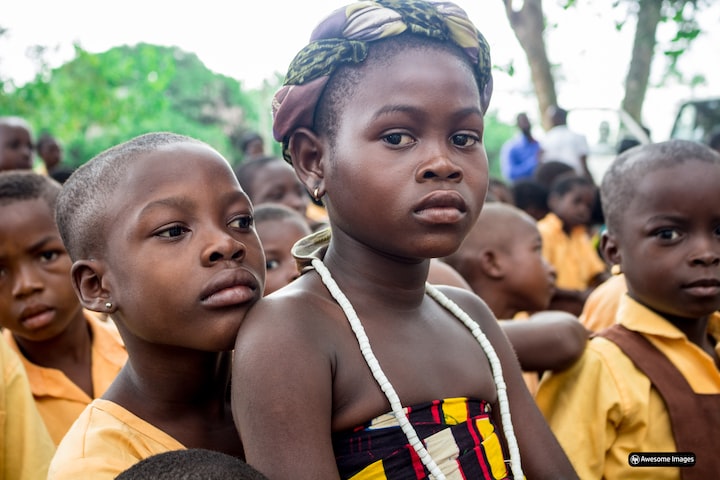 Photo by Amevi Wisdom on Unsplash

Female Genital Mutilation is a common issue in certain parts of the world, but often unknown in others. Despite existing in a small part of society that acknowledges it’s existence and tries to put an end to it, there’s still a lot of people that don’t know what this is, since hearing about the topic is extremely rare.

What is FGM (Female Genital Mutilation)?

This is also known as a female circumcision for non-medical reasons, a procedure that implies the partial or total removal of the external genitalia.

According to the World Health Organization, there are 4 types of this practice:

Partial or total removal of the clitoris and around it;

Partial or total removal of the clitoris and the inner folds of the vulva;

Total removal of the external genitalia and stitching the vagina, leaving a small opening, also known as infibulation;

Other procedures, such as “pricking, piercing, incising, scraping and cauterization”.

How is this done?

The worst part is that this is done without any form of anesthesia nor antiseptics.

Why Does This Happen?

FGM is a process that is done in order to conserve a woman’s purity, making them apt for marriage. Additionally, this may happen between childhood and 49 years old.

This is part of some countries’ cultures, mainly located in Africa. It’s seen as a social norm and for some countries as a cultural tradition. If a female chooses to don’t do it, she will be known for that and, consequently, have a bad reputation.

Here is a list of the countries where this practice happens the most (as reported by the United Nations Foundation):

*Sudan has now banned FGM. Although people still practice it, illegally, this is a good first step.

Why This Is Far From Being Good

Despite being against Human Rights, FMG has many risks, which some of them are presented in the list below:

Loss of too much blood;

There’s Still A Long Way For This To Vanish

This doesn’t only occur in less developed countries but also in the whole world. Yes. You read that right.

Despite being a procedure that mainly happens in some countries in Africa, it also takes place in many communities around the world, including the US and Europe.

How Can We Solve This?

We should all try to get the most attention possible for this matter.

The minimum we can do is increasing awareness, just by talking about it. The more countries who ban it the better, until there’s no one left and it stops being part of a tradition.

It’s time to end with this inhumanity.

“We are human beings, we make the traditions so we should have the right to change those traditions.” — Malala Yousafzai

Malala Yousafzai, the Pakistani activist, winner of a Nobel prize stood up against FMG. You can learn more about it in an exclusive interview with The Guardian:

“Female genital mutilation targets little girls, baby girls — fragile angels who are helpless, who cannot fight back. It’s a crime against a child, a crime against humanity. It’s abuse. It’s absolutely criminal and we have to stop it.” — Waris Dirie

*Orginally published on Medium (by me): https://medium.com/illumination/female-genital-mutilation-a-problem-society-chooses-to-ignore-788f7cce3cc1 *

health
LB
Laura B
Read next: The State
LB
Laura B
See all posts by Laura B →