by Aishwarya jaiswal 5 days ago in feminism 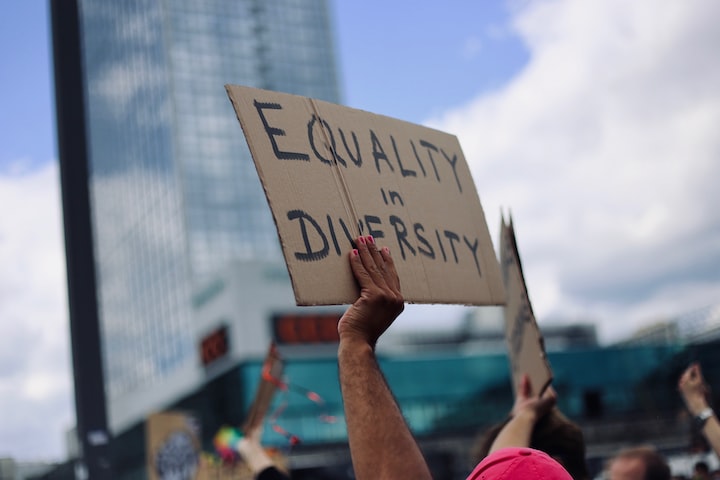 Photo by Amy Elting on Unsplash

Today we live in a world where we see only a handful of women in the top most political positions, can anybody tell me why? It continued to lack women in position of power from corporate boardrooms to the courts and political leadership. If men can be both employed and be a father then women can also be both employed and a mother. Still many men out there cannot see a women being successful, Why?

In India, women have to face a lot of issues. They have to go through gender discrimination, harassment, sexual abuse, lack of education, dowry related harassment and much more. Earlier these issues were not taken care of, but now people are getting aware. Women are standing up for themselves and fighting for their rights, government has started to take these issues more seriously. There are special laws just for women like, women have the right of equal pay and cannot be discriminated on the basis of sex when it comes to salary , pay or wages, women also have the right against workplace harassment. The Sexual Harassment of Women at Workplace Act gives a female the right of file a complaint against any kind of sexual harassment at her place of work and there are many more laws like this.

But, if we talk about some recent cases where women misuse laws which are made to protect them, then there are some women who use it like a double edged weapon, like sometimes, false allegations of sexual assault are charged against men for blackmailing or just for revenge. These laws are made for womens' safety and not for taking advantage. There are several women who need these laws, who actually need support but just because of women who take advantage of their authorities, the needy ones never get what they deserve.

FEMINISM is a popular topic today as it’s a word which represents that women and men are equal, but many people out there don’t know the actual meaning of feminism. Feminism is defined as the theory of the political, economical and social equality of the sexes, nothing more, nothing less. It does not mean women should be treated better than men, it does not mean that only womens' voices must be heard. It’s a word that represents equal rights for all gender identities. So, if it’s that simple why is it so misunderstood? Yes, the FEMINISM does includes the symbol of females as FEM but is doesn’t mean that only women’s voice must be heard, much like MANKIND doesn’t mean that it exists only for men. In today’s world if women is suffering from sexism, racism and economic inequalities then men are also suffering from false allegations and blamed as their culprits. Providing rights are not for threatening somebody and still being safe. It’s for our safety. This is for moving forward and to tell the world that women are equal as men. There are many women who have proved themselves that they are not any more or less than men but then again there are many, many more who are still suffering. They are unable to complete their education, not getting employment opportunities, being a victim of child marriage and gender inequalities, etc. Also, there are women who are well educated but still taking advantages of the rights given to women.

I am not saying who's right and who's not, my only point is that we shouldn't take advantage of being a man or woman because we all are humans and we all are equal.