by Sierra Cole 10 days ago in body 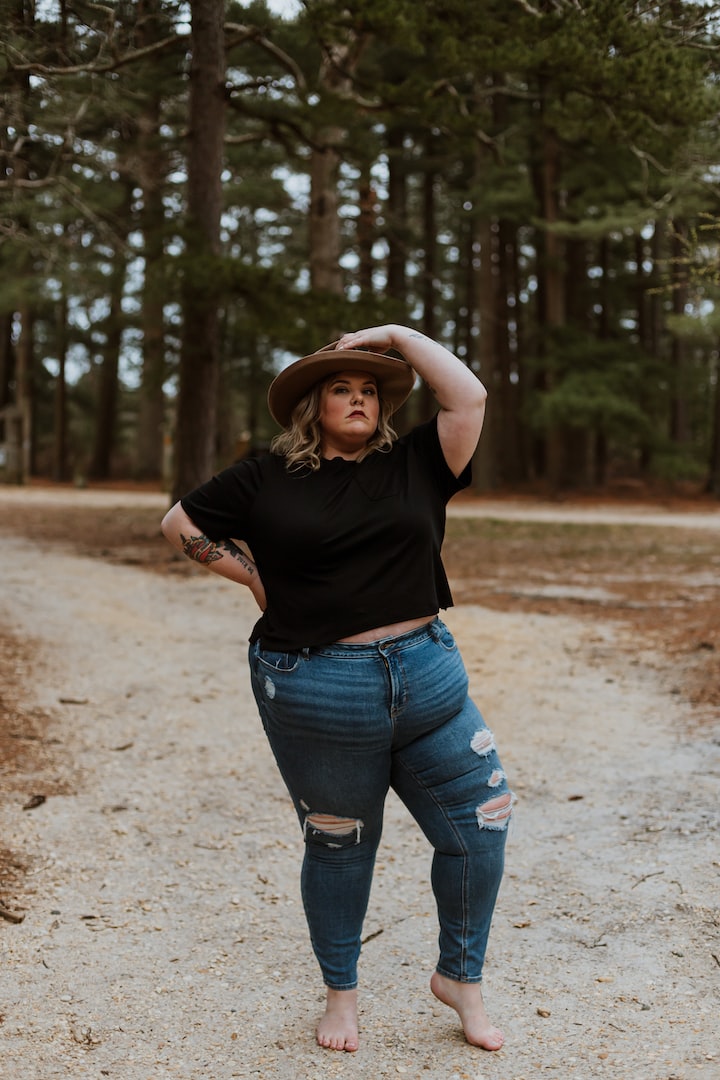 Photo by Jade Destiny on Unsplash

‘Chubby chasers’ is a new term I heard recently. After being explained what it means I realized it’s the same as a ‘Fat Fetish’. Which is a term that has always created a burning hatred in my soul. I can’t help but question why us plus sized women can’t just be called women. Why does the size of our bodies have to be a characteristic used to describe us?

I had a boyfriend years ago who, when introducing me to new people, would often say things like, “Just a heads up, she’s a bigger girl” or “She’s the chunky one”. Descriptive words like smart, funny, beautiful, or kind were never used. Why?

One of my best friends once tried complimenting me to somebody else, saying, “She’s pretty for a big girl”, she didn’t realize I heard this. This comment has always left a shadow hovering over our friendship. This comment was made years ago. Even to this day she will often comment on how I look like I’ve lost some weight. I have, but why can’t she just say “You look good”?

When I brought this comment up to a close male friend, he laughed at this bed buddy being a ‘Chubby Chaser’, following up the laugh with a ‘No Offence’. Friends, IF YOU HAVE TO SAY NO OFFENCE AFTER A STATEMENT, IT WAS PROBABLY HELLA OFFENSIVE.

This male friend once asked me if I’ve ever considered losing weight, or putting in the effort to do so. Then asked “Do you like being… you know” As he made a balloon motion with his arms… “No offence”. I answered his questions with 1 statement. I am healthy. He started to become increasingly irritated that I was not answering all his questions. I am healthy was all I had to say. I go to the doctors for check ups, I am healthy. Being plus sized does not mean being unhealthy. Just like, being slim does not necessarily mean healthy.

I work with a man, who has become a friend over time, who once stated that “Sex with a bigger girl will be some of the better sex a man will have”. When I questioned this comment, he followed it up with, “Well bigger girls don’t know where they’re getting their next lay from so they tend to try more. Whereas skinny girls know they can get it from anywhere so they don’t put the effort in”. This comment left me mind blown. Unsure as to if he had considered that it has nothing to do with the weight of the women, but instead the level of consideration. At the risk of sounding ‘Easy’, finding a quick hookup has NEVER been difficult for me. So I don’t put the effort into a sexual endeavor because I don’t know when or where I’ll get some next. I put the effort in because it makes me feel good making the other person feel good.

I’m the first person to admit that I have never been a small woman. Even as a child I was not small. But as the baggage has added on so has the weight. Which I’ve struggled to take off. I used to be very worried about the way other people viewed me and my body. But I eventually came to the realization that IT DOESN’T MATTER. My body may not be skin and bone, but this body has carried me through some of my worst moments. My body has been the armor that has protected me through war after war from the outside world. My body has picked me up after every fall down. My body has battle scars, to which I am proud of. I am proud of my body, that includes the weight I carry.

Fat is not a dirty word. Yes, it can be a descriptive word. But if it is the ONLY word you can find to describe a woman, you should possibly consider reevaluating something. Women are SO many things. The weight of our bodies should not be the only thing you come up with to either be attracted to, or describe.

So again I ask, why are men who are attracted to ‘Bigger women' considered Chubby chasers? Or to have a fat fetish? Why can’t they just be considered men attracted to kind hearted women? Why must we be categorized strictly by the size of our thighs? Or the amount of ‘Jiggle’ when we move? When did women stop being women, and start walking cellulite?

Receive stories by Sierra Cole in your feed
Sierra Cole
Read next: This Women’s Handball Team Was Fined for Rejecting Bikini Uniforms