by Majique MiMi about a month ago in satire
Report Story 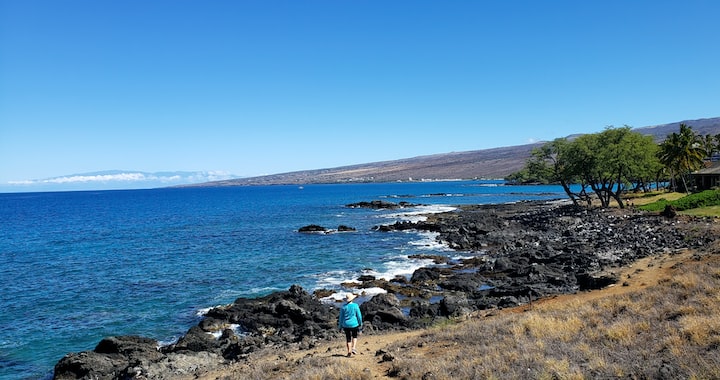 Photo by Simon Hurry on Unsplash

The serene picture above of the person walking by a rocky seashore is what comes up when one types in the word menopause in the Unsplash image search bar.

Let me tell you first and foremost, unless that rocky seashore is actually a cliff and the next picture in the slide is the person jumping off of the cliff, this was the poorest visual representation of menopause I have ever seen…

Well MiMi is goin through it y’all.

And I had to get y’all’s attention with the “Area 51” title, because who doesn’t like to randomly read stuff about aliens? 👽 👾

MiMi sometimes does, but unfortunately the only alien you are gonna hear about in this article is the one who freakin inhabited my body about a year and a half ago when I apparently officially started menopause.

😑⬅️ My constant facial expression since this monstrosity started.

First of all, I swear the symptoms come out of nowhere. Like I seriously was minding my own business and my skin started sizzling and I felt like all my clothes shrunk in my sleep and were a size too small.

Since I was in flames anyway, I opened the window, and I changed and put on loose fitting, lightweight clothing with short sleeves and then I got cold. 😑

So I now have on a long sleeve shirt with the window cracked…it’s May…and currently sixty-three degrees outside.

Cheech, my ever faithful emotional support doggie, has burrowed under the covers and I’m about to shut the window cuz now I have the chills…AGAIN 😑

And I am fully aware apparently some men have an “issue” 🤫 when they get to be in their 50’s because the commercials for “the issue” are over the place. Men can even get little blue pills shipped directly to their homes in discrete packaging. 🤬

While us women are turning colors, dripping in sweat, with the chills, body aches,migraines, and overall irritability…

…all because some dumb broad named Eve talked to a snake 🐍…

And this is where this blog takes a strange turn into borderline blasphemy, so if you feel convicted ,and what not, stop reading now…

What I think I comprehend about Heaven and stuff is that once I get there I’m not gonna be in any pain anymore, and all my worries will be gone and it will be bliss, right?

But to my recollection, the Bible doesn’t say my memory is erased so…

Hopefully Another fifty years from now.

My first question after basking in the Glory and taking in the sights and weepin for a while, is “where that Eve chick at? I got some unfinished business with her! Because not for nothin, Heaven or not, Eve deserves a beat down.

I bet it’s only men who are asking that question, cuz us ladies KNOW why.

Because that chick listened to a SERPENT, I changed my clothes three times and have opened and closed my bedroom window at least fifteen times 😑.

…if that Unsplash image is supposed to represent menopause…

…then the person in the poorly fitting sweater and beach hat is Eve.

What you don’t see in the picture because it’s cropped out is a chick getting off a motorized scooter.

That chick was MiMi, who sneaks behind Eve and pushes her off the cliff.

May my God forgive me.

More stories from Majique MiMi and writers in Viva and other communities.