An Open Letter to Every Man Who Dislikes the Word 'Feminism'

by Aditi Balaji about a month ago in feminism

TL;DR: It's not about you 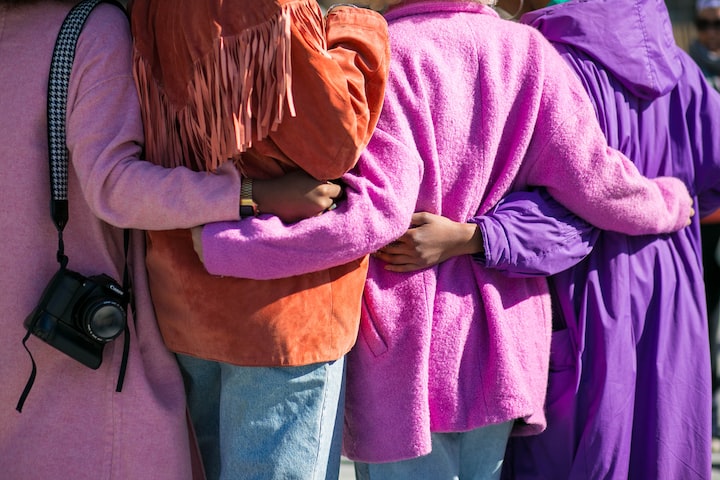 Photo by Vonecia Carswell on Unsplash

Often when I have a conversation with a man about feminism, I come across a familiar argument - why must you call it 'feminism'? Isn't that sexist in the opposite way? Why can't you just call it 'equality'?

For the longest time, I agreed with this line of reasoning. The word 'feminism' did seem quite loaded. Were we stooping to the level of sexism by promoting the word feminism? Were we fighting fire with fire?

I've spent a lot of time thinking about this question. Over time, I've come to realize that feminism is more than just a word. It's a movement, a religion. And a much-needed one, at that. It plays an important role that the word equality cannot play.

The concept of equality is too vague to create real change

People like to hide behind the word 'equal'. You might think you're pro-equality if you have a number of close female friends.

And you probably are. I'm sure you hire women at your company, and you do half the dishes and the laundry at home. And I have a lot of respect for you.

But this isn't about you.

Take a second to look at this problem from the point of view of a woman. Women grow up learning (and accepting) discrimination from a very early age. Little girls start picking this up when their relatives compliment them on their pretty dress, while their brothers are complimented for being strong or smart. Both girls and boys listen to taunts all through childhood, taunts that reinforce the idea that women are the lesser sex.

Stop crying, do you need to use the ladies' room?

Then we grow up and start bingeing on sitcoms and movies that have subtle dialogues thrown in to insinuate that women are objects whose purpose is to serve men.

I had it all — money, cars, houses and women.

I am totally going to hit that!

The dirtiest swear words you can think of have something to do with women or their bodies.

This isn't just how things were in the 80s. This is how things are TODAY.

Sure, it might not be politically correct to discriminate against women right to their faces. But casual and systematic sexism is still rampant. And by the time we're in our 20s, our confidence is severely dented and bruised.

Feminism is a force to counteract the effects of these systematic biases. It is an antidote, an anchor, a constant reminder for women that we can be whoever we want, no matter what society tells us. And society spends a lot of time telling us otherwise.

Men are encouraged to live up to their potential right from the moment they are born. Women are constantly swimming against the current to be able to do the same.

Feminism is a lifeboat that helps us swim a little easier.

Some people ask, 'Why the word feminist? Why not just say you are a believer in human rights, or something like that?' Because that would be dishonest. Feminism is, of course, part of human rights in general - but to choose to use the vague expression human rights is to deny the specific and particular problem of gender. It would be a way of pretending that it was not women who have, for centuries, been excluded. It would be a way of denying that the problem of gender targets women. That the problem was not about being human, but specifically about being a female human. For centuries, the world divided human beings into two groups and then proceeded to exclude and oppress one group. It is only fair that the solution to the problem should acknowledge that.

- We Should All Be Feminists, Chimamanda Ngozi Adichie

Feminism isn't about the man who respects his wife, sister, mother, female friends and coworkers. It wasn't created to attack you. It certainly isn't being used as a weapon against you.

So stop taking it so personally.

Because you're making it hard for all the people who really do need some help and encouragement. It is a way to systematically empower people who are at this very moment being systematically disempowered. It's 2021 and I am still being judged for being "too career-driven".

You can either help things or you can harm things. And by taking the word personally and making it about yourself, you're harming things.

Feminism isn't anti-men. It doesn't systematically oppress men or attack them. It isn't binary like that.

There will always be a few radicals who lean that way, but that's true of any movement. And I would fight against those people by your side as well. But this is one of those instances where you need to hate the player, not the game.

Every man has at least a few women in their lives that they care about. You need to think of feminism the same way that you think about shoe shopping. It doesn't really affect you, but it really makes your loved ones extremely happy.

If your wife, daughter, or best friend finds a way to be independent, confident and happier through this system, wouldn't you be happy for them?.

That cannot be achieved by calling it "equality".

What you can do if you're feeling targeted

Any time you find yourself feeling attacked, take a step back and ask yourself if this is really about you. It's perfectly alright to abstain from the conversation, as long as you aren't making things worse.

And if you think the word 'feminism' makes you feel like women are given all the attention, try to remember that that's how we feel every time we hear the words doctor, or engineer, or lawyer, or pilot, or founder. Those words all sound like men. And that sucks.

Some day, if you reach a point where you do want to call yourself a feminist, we'll be waiting with open arms.

My own definition of a feminist is a man or a woman who says, 'Yes, there's a problem with gender as it is today and we must fix it, we must do better.' All of us, women and men, must do better.

- We Should All Be Feminists, Chimamanda Ngozi Adichie