by Sana Alibux 29 days ago in body

[in Latin, “lovable, worthy of love”] 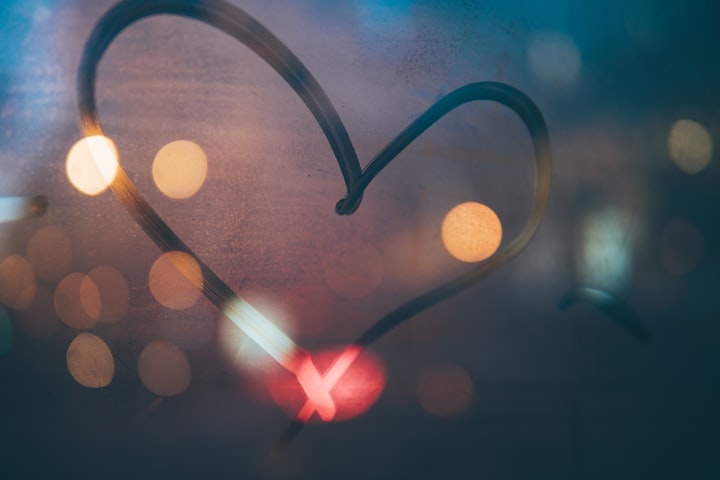 Photo by Michael Fenton on Unsplash

She was always there for me.

This little voice that penetrated every depth in my soul as if she knew exactly what I wanted to do next.

I would sit by my little red radio most mornings growing up, listening to the various country hits playing in the early '90s. This was my solace.

And so was hers.

I would often plan whereabouts with her. She would ask me how I’m feeling today and I would let her know that I was going to play outside with my friends and if she wanted to join.

She would reply and politely excuse herself because she didn’t want to be known.

She watched me feel shackled as a religious leader, also called a motawa, approached me when I was ten years old, and living in Saudi Arabia.

“Who is your father?” he asked me in Arabic.

I bowed my head down in respect and said who my father was. He let me go, but only to make sure I know that I couldn’t feel free as a child anymore. Like I was used to. Like I was entitled to.

I was now a woman.

I was fifteen years old when Amanda saw me pursue my first girl crush at a house party.

I thought I was so cool hanging out with the most popular kids from the other British School we had in Bahrain. I was sipping on a Smirnoff Ice cooler whilst eyeing this beautiful girl across the room. She was the most striking girl there.

I knew then, and so did Amanda, that I was different.

Different to the other girls.

You better try and orgasm or else this guy will never get off you. This little voice in my head told me over and over again.

I’m trying. I said back.

I can’t. Ugh. Maybe because he’s a stranger who's a friend of a friend? Frig. How did I get myself in this situation?!

I would imagine that Amanda would say that to me if she were here.

I was drunk, naive, and seventeen. I wanted him to finish quickly so that he would get off of me. The pain was unbearable and my head was spinning.

Later, that night I recanted my story to Amanda. She patted me on my back then held me tightly as I described my first experience. My other friend was also there by my side. Both of them were.

“Don’t worry. This too shall pass.” They said softly and reassuringly.

And then all of a sudden, life went on.

Three years later, I went on my first date with a girl that I had a mild obsession with who I’d met through a mutual friend at a bar back home.

Wow, she is absolutely gorgeous, I thought.

Amanda even agreed and encouraged me to go on that date.

I was on summer break and getting over my first major break-up with a boyfriend I had been with for over a year long-distance. I knew I was ready to discover the other side of me that longed for something that I didn’t know.

Amanda knew it too. She said to continue exploring and to not feel obligated to follow society’s norms. To continue living my own path and that she would talk to me about things whenever I needed to vent or seek advice.

I find her often wise. Wise like a little owl perched on a branch, wearing round glasses and waving a little stick about.

She always knew what was best for me and pushed me to follow my heart.

Through it all, she was my best friend because she was always there by my side during the most important events of my life. When I had my first heartbreak; when I tried smoking weed for the first time; when I graduated from high school and then university. She was even there to talk to when my mother was diagnosed with cancer and I had to come back to Canada and start all over again. I was twenty-four years old and working in Bahrain at the time when we got the news and had to fly back immediately. To help and to hold as my mother started her long and painful treatment plan.

Yes, she was always there.