by Alisan Keesee 6 days ago in body

It is not only women victimized by this legislation, but also the very children it is trying to protect. 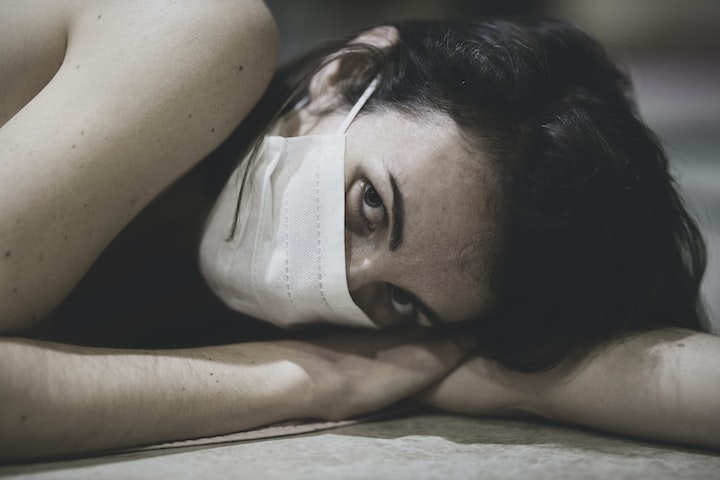 Abortion is something I never plan to do.

Most women never believe they will.

Recently, the US Supreme Court upheld the Texas ban on abortion. While there are a few “health related” exceptions to the ban, they are vague and remain a gray area. There are no exceptions for incest or rape.

As if that could be any more horrifying, citizens are encouraged to report women, healthcare practitioners, and literally anyone in any way connected to an abortion. I don't think it's an exaggeration to call it a 21st century witch hunt.

The strict ban prohibits abortion after six weeks. With a menstrual cycle lasting anywhere from 20 to 41 days, this may leave a woman with 1 to 21 days to: 1). Find out and definitively determine they are pregnant 2). Determine whether or not they want to/have the means to keep/raise the baby 3). Evaluate any health related complications that may arise 4). Make sure the pregnancy is implanted safely in the uterus 5). Procure an abortion if necessary/desired.

Before going into why this is unconstitutional and absolutely terrifying, I think it is important to add my own thoughts and experience. I have never had an abortion and hopefully never will. It is something I would never willingly choose to do.

Even though I am currently young, do not have the room or finances for a child, focused on my career, and have no partner in sight, if I ended pregnant tomorrow, I would at least deliver the child. I may choose to put the child up for adoption, give to family members to raise, or find other arrangements, I would not get an abortion.

When would I get an abortion? While I am certain there are countless scenarios where I may consider it, I believe it comes down to a few general categories:

1). Delivering or carrying the baby would kill me

The maternal mortality rate in the United States is among the worst in the "developed" world. According to the CDC and various other sources, I found that the maternal mortality rate in the US has fluctuated between 17.4 and 20.1 deaths per 100,000 live births. In 2019, there were 107,231 live births in Los Angeles. Based on these numbers it would be safe to assume that anywhere between 17 and 25 women died giving birth.

This may not sound like a lot, but this also only takes into account deaths. Plenty of mothers are left with disabilities, injuries, mental illnesses, and even infertility following childbirth. If I found out that I was unlikely to survive giving birth, I could in good faith deliver that baby. Not only would I be leaving a baby without a mother, but depending on the circumstances the baby's life could also be in grave danger.

Sometimes, miscarriages can occur without the baby coming out of the womb. This can happen with ectopic pregnancies and for various other reasons. If the baby is not removed, it will often cause the mother to develop sepsis which is a severe and frequently fatal infection. Despite the baby having already died, it would be possible for women in Texas to be denied the abortion medications or procedures that would prevent sepsis and life threatening infection.

There are other situations where a baby has a rare disease, mutation, or deformity that ensures their non-survival. They may die anytime before, during, or after birth. Examples can include babies that never develop a heart, lungs, or another vital organ. Even with advanced medical technology, any life that baby could or would sustain would be short, painful, and terrifying.

And, that's really it. Despite being a pro-choice young woman who believes abortion should be freely available to everyone, I'm quite stingy when considering the times I would ever seek one out. But, am I the norm? Maybe, I'm more moral than the average woman? (Psst, spoiler alert, I definitely am not).

Let's take a look at the times when women I know did or did not get abortions.

Woman A: Woman A was raped and became pregnant with her rapist's baby. She kept the baby and continues to raise him. Even though she became a teenage mother, she completed community college and is getting married.

Woman B: Woman B got pregnant in middle school. Despite being barely a teenager, she gave birth to her own child. She never came back to school full time and only came to take the standardized tests, I assume, so that she could at least get her diploma or GED.

Woman C: Woman C had a hysterectomy at 30. Her ovaries were not removed. At 47, she became pregnant without a uterus. The ectopic pregnancy made it to 16 weeks without discovery, simply because she did not know the pregnancy was even possible. By the time she found out about the pregnancy, no heartbeat or placenta was found. She was given drugs traditionally used for abortions.

Without these medications, Woman C would've ended up in 1 of 2 likely scenarios. 1). Her Fallopian tube would burst which would probably sever or damage the ovarian artery. This would cause internal bleeding at best. Surgery would be inevitable. 2). The baby would cause sepsis. In this case, surgery is also likely necessary as well as treatment for the infection.

Let me let you in on a secret. Woman C is my mother.

Under the Texas law, my mother probably would have still received care since it may be considered a "medical emergency" and no heart activity could be detected. However, it is the probably that is the problem. Women shouldn't have to think that they would probably get an abortion if their life was at risk.

The law does not define "medical emergency". This leaves a dangerous gray area that may leave many medical practitioners unwilling to perform abortions at all.

Beyond endangering the life of mothers, abortion bans do not lower the amount of abortions. They simply lower the number of safe, sterile, and medically performed abortions. Women will die because of this law. Women will be traumatized when they are forced to deliver a baby they know will not live a week.

My mother did not kill a baby. The baby was already dead inside of her when she found out about him. Yet, she still has nightmares frequently. She still cries when she talks about it. She couldn't be around children for a while. She feels like she killed someone.

The fact is that women do not choose to have abortions. They are traumatizing, sometimes painful, and leave beyond mental (and sometimes physical scars). But, they are overall less traumatizing than having the state mandate that you must continue to carry a baby with no liver simply because it has a heartbeat. Or, that a teenage girl who was raped must give birth to her rapist's baby.

It is also obligatory to note that the ones affected most by these laws are people of color, those living in rural areas, people who live under or near the poverty line, those with disabilities, and other disenfranchised groups who may not have easy access to immediate, affordable medical care.

As I near the end of the article, there is a perspective I have not touched on. The baby's. First off, many babies not eligible for abortion under the law will likely die within their first year. Next, more children will end up in the already overflowing foster care system. In the same vein, many children will end up in homes where they are unwanted, cannot be properly cared for, or are abused.

It is not only women victimized by this legislation, but also the very children it is trying to protect.