A Letter to the Ones That Assaulted Me

by gray peters 2 months ago in body

Finally Releasing My Past 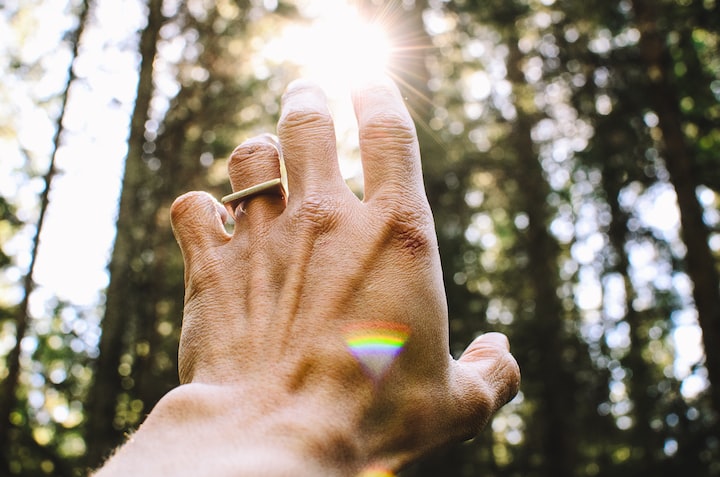 I think I’m over it.

Then suddenly years have passed and I can’t piece together in my mind why I’m having a meltdown in the doctor's office.

Perhaps it’s because I have to be okay with giving a stranger permission to touch me while I close my eyes as tears silently race down my cheek, something I’ve struggled with since I was fifteen.

Maybe it’s because every time I’ve had to go to the doctor (or let's be real- anywhere that requires physical action to take place) I have to explain that I have a history and that’s why I’m shaking and holding back tears.

I wonder if you eventually realized what you did was wrong.

I think about the other girls that had to face this before I was the target and want to know if this made you stop so that there were no more after me.

I’m curious as to if your friends eventually found out I wasn’t just lying or trying to ruin your life.

After three therapists, months of weekly sessions, and all the time that’s passed, I think there’s nothing left to heal.

Then I just happen to run into you in a city I don’t reside in and suddenly I’m collapsing into my mom’s arms as I sob with my face buried in her shoulder as we stand still for just a moment in the middle of a grocery store.

How is it fair I’m the one who had to suddenly leave?

It’s been so long I almost didn’t recognize you. If it weren't for you not being able to take your eyes off of me I wouldn't have even noticed you were there.

It’s been so long and your actions from four years ago still affect my life today.

I refuse to let what you did define me. I refuse to let this be my life story, so here’s me letting this out before I finally release myself and let it go. If there's anything to take away from this its that your actions have consequences. Maybe not always for you, but for other people.

I’m not the same person I was four years ago. What was once an outgoing, confident and social person is now a shy and timid girl. I miss not having anxiety in everything I do, I miss not being scared to leave the house by myself. Although you alone were not the only cause of the drastic change in my personality, you have a factor in it and your actions stay with the people you force yourself on.

I hope you too have grown. I hope you have learned from that experience and that you are a different person as well, a better one.

I hope life has been kinder to you. God only knows everyone is in one way or another deserving of happiness and I genuinely hope you are a better person and that being such has given you a better life.

Above all, I hope you eventually realized you can’t go around taking what doesn’t belong to you.

See all posts by gray peters →