by Lucinet Luna 4 months ago in body 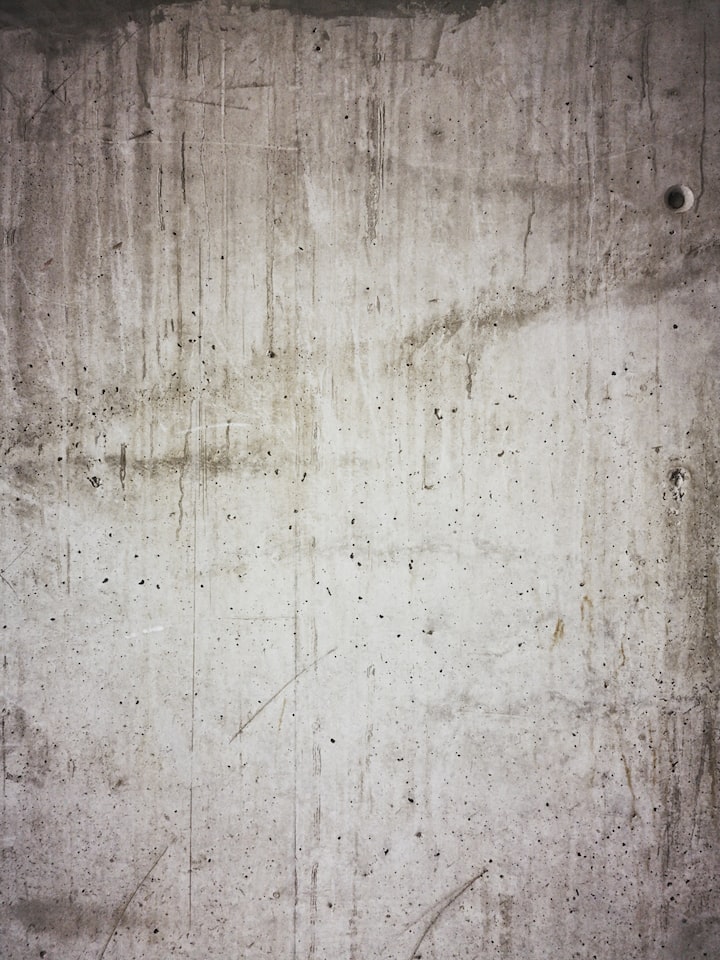 Photo by Philippe Ramakers on Unsplash

When I was 16, I begged my mother to take me to the GYN because I was having painful menstrual cycles; after a few attempts to take care of them at home she made an appointment for me, she asked me "are you having sex?" flat out while we waited in the waiting area "No" and that was the truth; was someone raping me? yes.

2 of the most impactful times in my life had being surrounded by women, when I was 6 and when I was 30; at 30 I gained freedom from the torture of memories, of pain that was inflicted on my body at such young age, I gained strength to realized that he no longer had power over me, that I was my own hero.

Rafael, he was my mother's boyfriend, he had been in our lives for a couple of years before my 13th birthday, at 12 he began "fixing my pants" my panties were showing so he would unbutton my pants and go around my hips, then he would kiss me and say " have a good day" everyday before school; at the time my mom was working a lot, and he worked at night, so he would wake up in the morning with us, drink his coffee in the kitchen and see, my younger brothers and I off to school.

Until I turned 13, and my period came; my mom joked around at dinner saying "now you are a young lady not a baby anymore" if I knew what the laugh that followed that statement meant at the time I would've ran away from home that night.

Church was our routine, every Sunday, Tuesday and prayer Wednesday; it was a Tuesday night, I had fever since I got home from school, my mom tried home remedies and left me home sleeping, Rafael was supposed to go to work that night but he decided not to, he told my mom he would keep an eye and let her know if I needed to see a doctor, my mom left to church and I were asleep, until I wasn't. He came to check on me, so he touched my forehead, his hand fell on my neck, then on my breast, then on my tummy and then... I moved, but my body felt so weak that I started crying.

The crying, the fighting him off did nothing, 100 and something pounds, feverish 13 year old against 300 hundred pounds of a 43 year old; his body pinned mine down, and all I felt was pain that left me speechless. The crying stopped, the fighting stopped and all I did was stay as still as I could until he got up and closed the door behind him. I was left naked from the waist down, the covers were on my left side, and my body was paralyzed; after a few minutes he came back in, offered some Tylenol and told me to clean myself, I got up afraid that he would do it again, on my way to the bathroom he stopped me and said " this is our secret, mom would be hurt if you tell her" and in my 13 year old, already had almost lost my mom at 6, I believed him.

13 to 18, countless times, countless ways that he would come up with excuses, for me to stay or for him to leave to work only to return after mom was gone, I avoided him at all cost, but when mom work so much and I was the care taker of my younger brothers, there is not enough avoidance I was able to get away with.

At 16 I asked my mom to take me to the GYN because I was feeling pain, not in my menstrual cycle only, but all around, he would released himself in me, and get me a Plan B, the first time this happened I had no idea what the pill was, he sat me down in the kitchen away from my brothers, held my neck up and pushed the pill down my throat and told me to swallow it without water so he can see that I took it. This happened more than 10 times, the look in his eyes was always the same, fear?

My mom signed papers for me to have the appointment by myself because "I was a young lady" I told her that she could come in, but she waited in the waiting area instead. The GYN asked me all sorts of questions and I answered them truthfully, then I asked "If I thought I was pregnant, is there a pill to avoid pregnancy?" and this is when she told me about Plan B, she then told me that she needed to send me to get some images of my Uterus because she was not sure where the pain was coming from. A few weeks after, I went back alone, only to be told that my Uterus was scarred, this might had been forceful intercourse and then she sat down right in front of me, looked me straight in the eyes and asked me " Is someone making you have sex with them?" I can't make you imagine what was going through my head, I can't because this was the question I needed my mom to ask me, and here was a doctor, which I knew that she had to report the answer to that question; the drama of being separated from your family one time will last a lifetime; so I said "No". She then proceeded to tell me that, though I was young and the scarring would eventually get better, pregnancy in the future would be a challenge or even impossible.

I was 18, my mom traveled to FL to see my brother, I stood behind because I had school; I planned on getting some clothes and spending the week at my best friend's house, when I went back home that day, he was waiting in the kitchen, asked me to sit with him, he had some liquor he wanted to share; I ignored him and went to the room, and as fast as I could I made a bag, I didn't hear him stand up, nor walk towards the room, so I started slowly walking towards the front door, when I was in front of the door, he came from behind and smashed my face on the locks, my lip busted and my nose stared bleeding, he grabbed my hair and told me to sit with him; I managed to gather incredible strength to use a seductive voice to say " let me turn around and do what you really want me to do " I felt his hands drop from my hair, and slowly I turned to him, face to face, I kneed him in his groin and I pushed this little table near the door way on him, so I could have enough time to open the locks and leave; I ran so fast, for so long that by the time I looked back I was at the train station.

I didn't have a thing on me, the bag fell and I had no money, nothing; every time I remember this day, I cry not because it was the day I really fought back, but because that's the day, I realized Allah had a plan for me, a plan that would make me the woman I've become. Everyone you meet, has an extraordinary role in your story, that night the mother of my kids, purchased a bus ticket for me to leave to Pennsylvania with my aunt. I said not one word about that day to anyone but the mother of my kids, I stood in Pennsylvania, mom came back and I told her I was not coming back home. My mom blamed it on me wanting to do what every 18 year old wants to do, hang out with friends, experiment; she didn't fight for me to come back home, she simply moved on with her life, without fault because she knew nothing about the devil she was sleeping with.

I had a dream I was on the Ellen Show, next morning I started writing my book; a few stops and human disasters later I realized a book is cover to cover, I want to inspire minds, hearts and even genitalia.

See all posts by Lucinet Luna →