by Skunk Uzeki 11 months ago in lgbtqia

Did you ever wonder what being gay in the 30s, 40s, or 50s was like? Vintage LGBTQ culture was totally different than may you think.

It's official, being gay is okay. LGBTQ rights are human rights according to the law, and it's a wonderful thing. We now have the right to marry, be open about our sexuality without worrying about job termination, and we can also adopt.

It wasn't always like this, obviously. Even as recently as the early 2000s, being gay was grounds for discrimination, bullying, and serious social stigma. That's one of the reasons why LGBTQ culture exists—people had to band together in order to survive in a world that hated them.

During the 30s, 40s, and 50s, being gay meant that you would have to do a lot to protect yourself from others. Vintage LGBTQ culture was there, even during eras when people wouldn't expect it to exist.

Here are some of the more striking facts about the gay culture of yesteryear that will make you rethink what you know about LGBTQ history.

During the 1930s and 1940s, lesbians would go out together claiming they had a need for companionship. 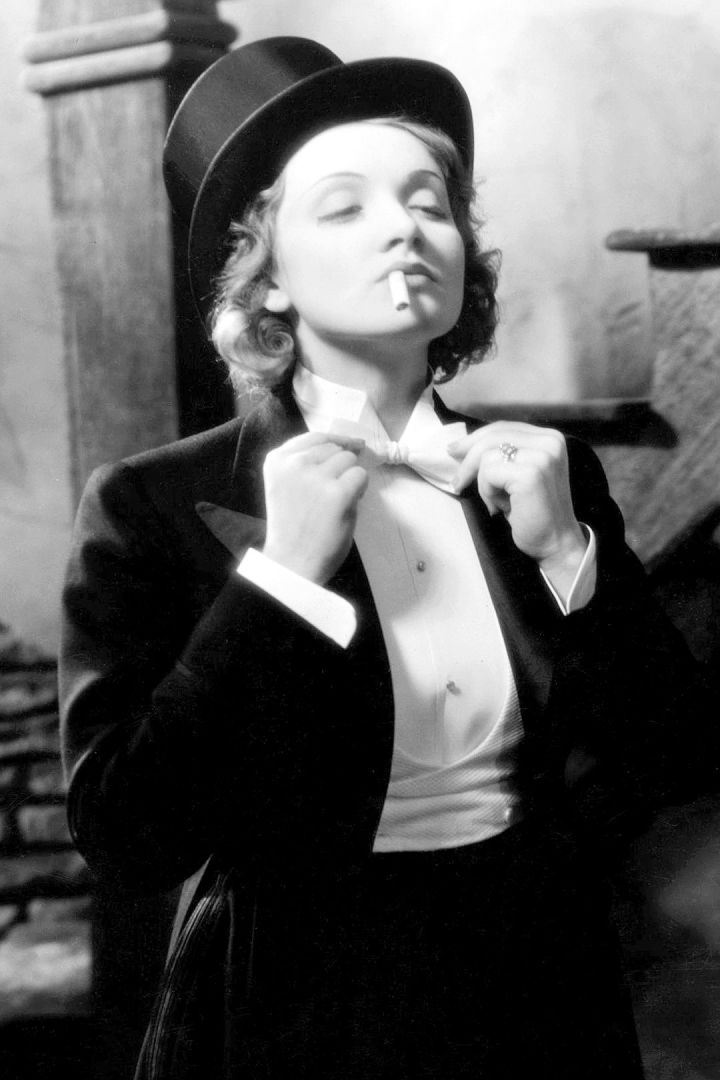 Women who were lesbians and closeted used to have a serious problem.

Men who saw girls who were just a touch too masculine would (and still do) find them to be a threat or an affront to masculinity. Being out and about would often cause these women serious problems.

The stigma that came with lesbianism was very real. So, women would do one of two things: They would marry men or they would live with other women, claiming that they were afraid to live alone.

A woman who was openly gay could risk it by saying she was "in the life." Most others would call lesbians and bisexual women "odd girls," or similar euphemisms.

However, women who did this were very few and far between. If you didn't live in a city like Los Angeles or New York, you probably were "the only one" in town. One Texas lesbian couple didn't know other lesbians existed until 1950.

Being LGBTQ was grounds for institutionalization and forced sterilization.

Vintage LGBTQ culture was no joke, and it was around for a reason. Turn-of-the-century sexologists considered being LGBTQ to be a mental disorder that needed to be cured. In the early 20th century, this would be grounds for permanent institutionalization or forced sterilization.

This belief stood strong in many communities until the 1980s—and it saw a brief resurgence during the HIV crisis. Needless to say, being gay was an underground thing for a reason.

Some early decades were way more LGBTQ-friendly than others. 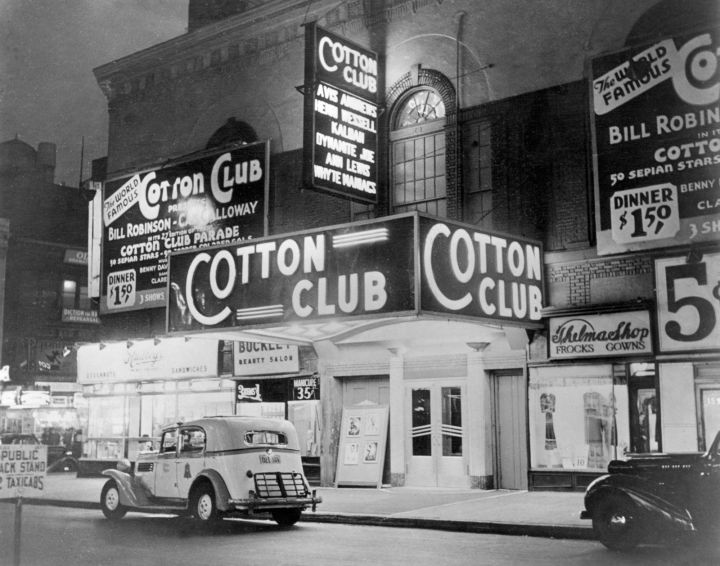 Believe it or not, there were decades in history that were way more accepting of LGBTQ people than others. For example, during the 1920s, being openly gay was actually not considered to be that bad—especially in circles like the Cotton Club or old school Hollywood.

The 1930s, though, was heavily homophobic. Many men felt emasculated when they lost their jobs, and they took out their rage on the LGBTQ community. Then, during World War II, lesbians and gay men both had more acceptance. Surprising, isn't it?

Nowadays, some people will accuse LGBTQ people of being oversensitive, but many will argue they're just bored of being used as a punchline in jokes.

Drag balls are older than you think.

Dressing in drag may have gotten a lot of love in the 80s and 90s, but don't you dare think that drag queens are a new thing. Vintage LGBTQ culture was actually pretty creative in the way that they showed sexuality, and yes, that means drag balls were a thing for way longer than you would expect.

Historic records show that drag balls were held in the 1920s and even earlier. Meanwhile, accounts of crossdressers existed as early as the 18th century. Crossdressing, it seems, is as old as time itself.

It's true. Everyone's favorite frog-dating pig was actually modeled to reflect vintage gay culture from the 1930s. Miss Piggy's flamboyant language is what gave it away; it was a prime example of what linguists call Lavender Language.

Lavender Language is the specific use of different tones, words, and phrases linked to gay culture. Miss Piggy's French-incorporated style of speech was classic among people in queer culture back in the day.

In the UK, LGBTQ people spoke a different language altogether.

Bad as life in the United States was when it comes to vintage LGBTQ culture, the United Kingdom was far worse. There, being gay was illegal, and could be the reason people were imprisoned, especially if they got caught on a date with someone of the same sex. There's a lot more strife in some nations' LGBTQ history, gay rights in England are rather recent.

To avoid getting locked up, LGBTQ people started to use another language complete with terms for just about everything. It was called Polari, and was used in Britain as late as 1967.

Bodybuilding was originally a very gay thing to do. 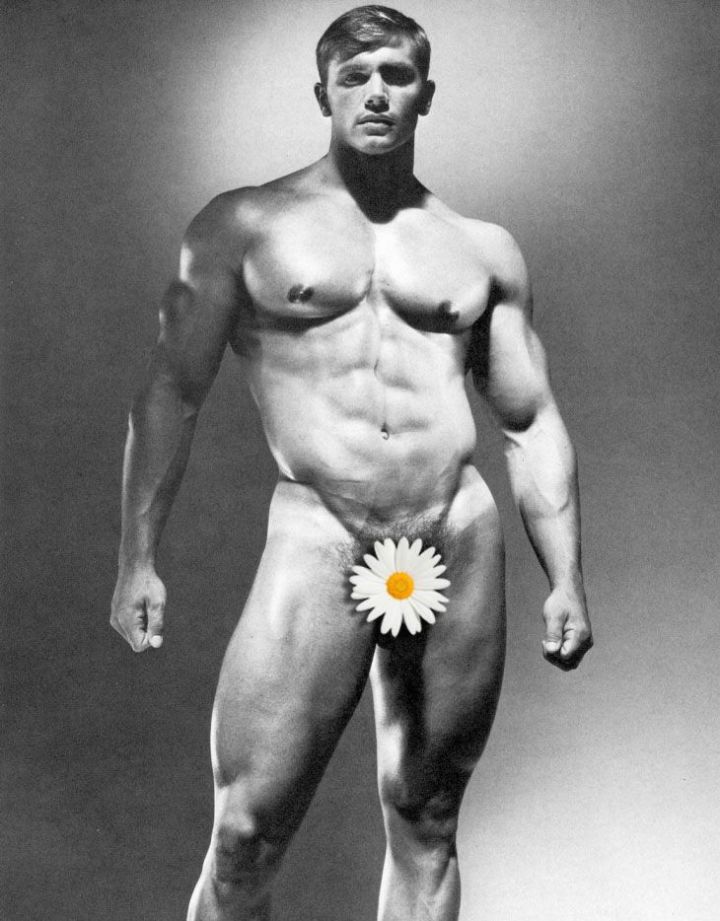 There's a reason why The Village People were talking about the YMCA, and it wasn't just because of the chance to see hotties in the locker room! Bodybuilding was one of the most popular pastimes of gay men, primarily because it celebrated the male body in ways most other sports didn't.

Bodybuilder culture sparked "beefcake" photography, and also gave men a good cover to talk to others who enjoyed the male physique. It was long considered to be "the gayest sport of them all."

There were gay icons in Hollywood, even back then.

Vintage LGBTQ culture was low key, but it was far from being ignored by mainstream culture. I mean, one only has to look at Liberace or Elton John to see some of the earlier "out and about" gay icons of yesteryear.

Even as early as the 1920s, there were people in Hollywood who were known for being gay, lesbian, or bisexual. Some of the rumored stars to be in the LGBTQ crew included Marlene Dietrich, Gore Vidal, and Jack Cassidy. Nowadays, it's much more common to see same sex couples in media, even cartoons now have LGBTQ representation for the younger demographics.

One of the most popular TV tropes died out as a result of gay panic. 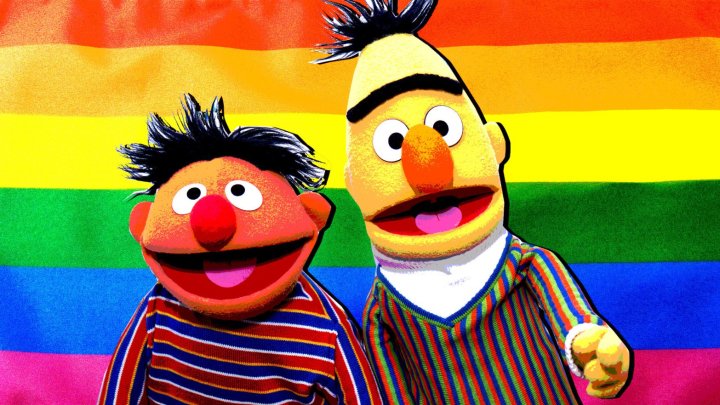 Back in the day, a lot of movies and films would have two male best friends who lived together as the stars of the show. The trope of "heterosexual life-partners" was alive and well—and in most cases, was totally innocent.

Writers didn't really want to involve gay culture in their TV. They honestly just wanted to have a plot with two male roommates. However, it didn't stay innocent.

During one of the many waves of "gay panic" during the 1970s, politicians started to point at this then-common trope as a possible way that kids could be encouraged to be gay. People back then didn't want to see situations that were even faintly similar to gay marriage. Then, people started to raise an eyebrow at these kinds of write-ups.

Soon, it started to fade out. That's why Bert and Ernie are no longer mentioned on Sesame Street.

Gay bars are way older than you think.

Most people never really think about it, but the gay bar really is a cornerstone of gay culture. Vintage LGBTQ culture wasn't any different, surprisingly.

Despite gay bars being illegal for large swaths of time, they still existed for decades. Historic records show that they were around as early as 1920 and 1930 in New York City.