by Martin Townley 18 days ago in culture

Can The Iceman win the 2021 PDC World Championships 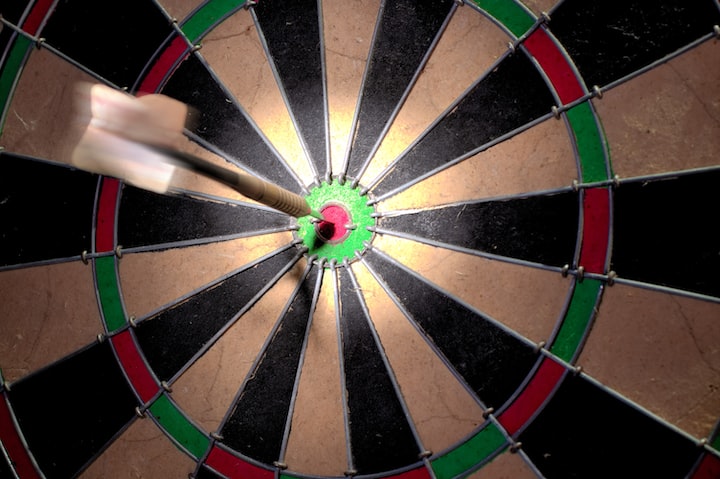 Gerwyn Price and Johnny Clayton won the World Cup of Darts on November 8th to become the first Welsh pair to win the event. Wales have twice made the final before with Price and Mark Webster losing the final in 2017.

The win in this years event was described by Price as his "proudest moment" in his darts career. "I've won a couple of majors but to win this with Johnny is the proudest moment of my darting career," said Price. "It's good getting to finals, but to win and pick up trophies is extra special."

Its a remarkable story for the 35 year old Price who stopped playing pro rugby in 2014 to fully commit to darts. A hooker who played mainly in the Welsh Premier Division, with a brief spell as back up in the Pro 12 for Glasgow Warriors.

Since 2014 Price has picked up 7 tittles including two Grand Slam of Darts wins. (The Grand Slam features players from both the PDC and BDO, the two main governing bodies of professional darts). As well as this years World Cup success Price won the World Grand Prix (The Grand Prix requires players to start and finish on a double score) and won the World series Finals.

Going out in the first round in 2015,2016 and 2017. 2018 saw him reach round three while 2019 saw him exit in round two. Last years event saw his best performance reaching the Semi-Finals losing to winner Peter Wright.

Heading into this years event Price made the Players Championship Semi-Finals. He was beaten by world number one Michael van Gerwen 11-8 in legs.

World number three Price opened this years World Champ's by beating fellow Welshman Jamie Lewis three sets to two. Lewis took the first set of the match 3-1. Price came back to take the next two sets both by 3-1 on legs, to take the lead in the match. Lewis won the fourth set by 3-0, before Price took the fifth leg 3-0 to clam the win.

Round three saw Price face Brendan Dolan ranked 30th but a very capable player. The first set was close as each leg went with throw seeing Price win 3-2. Dolan up his game in the second set winning 3-0. Set three went to Price again by 3-0 giving Price a 2-1 set lead. Dolan levelled the sets after taking 3-2 set win. The players traded set wins to take the match into a final set. With the set tied at two each the match went to a last leg decider. The final leg went to the wire with Price checking out 72 to win the match and set up a fourth round match against Mervin King.

Two close matches but winning efforts can Price go all the way in 2021. His opponent in the next round is Mervin King ranked 19th in the world and a 6 time PDC finalist. It will be no easy match but the Iceman has the form and the qualities to win. A win against King would set up a Quarter-Final against either Vincent Van der Voort or Darrell Gurney, both top players when on form. With the way the draw is set Price would avoid World number one Michael van Gerwen until the final.

Speaking after his win over Dolan "Brendan was playing really well on throw and he punished me when I missed opportunities but thankfully that last double went in," said Price. "I played well at times but not at others. One minute I was playing really well and then the next minute I couldn't hit a barn door. Anybody left in this tournament can win it so you can't just turn up and expect to win. Brendan is a fantastic player and it was a fantastic battle."

Given the talent with the PDC anyone can beat anyone. World Champ Peter Wright has already been knocked out losing to Gabriel Clemens. Price's World Cup winning teammate Johnny Clayton has also been eliminated. Former World Match play winner James Wade went out, beaten by Steven Bunting.

If The Iceman is to Cometh he will first have to beat the King then as is the case at the World's anything and everything can happen. Price will face King at 12 pm on December 30th.