Will Aaron Judge be in New York next year... just not with the Yankees?

by Nick Scibilia about a month ago in baseball
Report Story

Will this be Aaron Judge's last season in pinstripes? 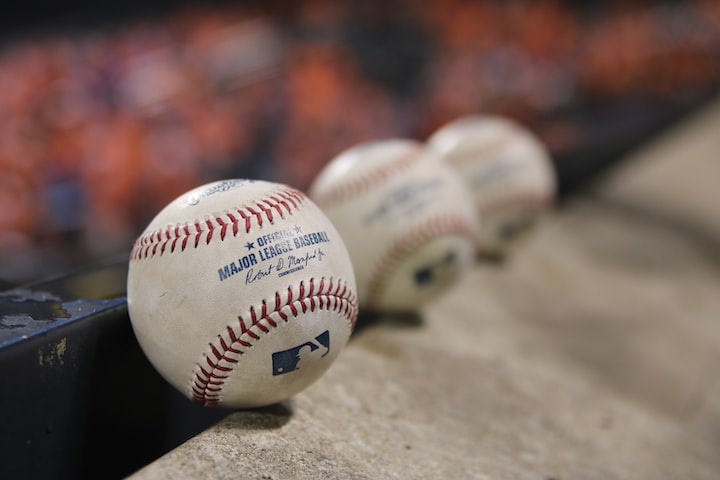 Photo by Lesly Juarez on Unsplash

The New York Yankees historically have been known as one of the greatest sports organizations across the globe. They have often had the reputation of flashing their wallets to obtain players to keep them the powerhouse they are known to be in the MLB. This is not exactly the case anymore. With new ownership being the late George Steinbrenner's son Hal, the spending has become look more like a money-ball technique. Hal and GM Brian Cashman have stayed under the luxury tax for over 6 years now, something the Yankees notoriously always paid due to their frequent spending. Although the Yankees have been spending lightly compared to previous years, they still rank 3rd in the league with their spending based on their tax allocation as shown by Spotrac below.

The 2022 season has not been a disappointment for the Yankees or their star outfielder Aaron Judge. Batting with a .300 average, 58 RBI's, and a league-leading 28 home runs, Aaron Judge has been nothing but a monster for this team during the first 75 games of the season. Aaron Judge and the Yankees could not come to an agreement during the off-season for an extension as the Yankees, as the Yankees offered him $230 million over 7 years. Judge and his agent were looking to get $35 million per year over 10 years. I do not believe the Yankees will ever be comfortable doing this. Not only have the Yankees been outspoken on disliking 10-year contracts, but this would also lock Aaron Judge in with the Yankees until he is 42 years old. So the Yankees see it as protecting themselves from future issues as the star ball player gets older within the organization.

The 2022 arbitration came and went for Aaron Jude and the Yankees. A key part in their negotiation was easily noticeable. The Yankees offered Aaron Judge $19 Million plus incentives when Judge's ask was only $3 million more. The fact the Yankees were reluctant to just offer their star player what he was looking for to avoid arbitration was something that raised flags in many people's mind. The big question is will these type of negotiations continue during the offseason into 2023.

I believe we will see many come after Judge once he hits free agency, but do have two specific teams in mind that can break the bank for him.

The first team is the Los Angeles Dodgers. This team has been outstanding the past decade and they have shown they do not mind flaunting their wallet's in a very flashy way. I believe this move would be a great fit as Judge would be going back to his home state, bolstering the Los Angeles Dodgers outfield and lineup. This is a team that can afford to play Aaron Judge what he has been looking for and will be a top contender to snag him from under the Yankees.

The second team is not too big of a move for the star outfielder, The New York Mets. Cross-town rivals to the Yankees, I believe the New York Mets will be a huge contender to try and steal Aaron Judge from the Yankees. With the new ownership of Steve Cohen, the Mets have shown a new aggressive attitude toward spending their money and building a World Series caliber team. This would also be a way for Cohen to really get a hold of the New York fanbase as Judge is one of the larger faces in the MLB.

I do believe the Yankees will be involved with negotiation to bring back Aaron Judge to the Bronx. But with the way negotiations have gone previously with him, flags have been raised by the hesitancy shown by the organization. Although, I am excited to see the off-season action kick off with this star slugger on the market.