by Kenneth Wilson 10 months ago in football

With the controversial receiver now headed to join the Oakland Raiders, let's look at why he was never an option for the Cowboys.

First off and before anything else is said, let's make this clear, Antonio Tavaris Brown is the best wide receiver in the NFL right now. Even at 30 years old, this is a fact, and with the way he plays the game, he should be that for at least the next three seasons. Perhaps, that's why the Raiders were so comfortable giving him three years of new money, 50 million potentially with a whopping 30 million dollars in new guarantees.

Perhaps, these very same details, which Brown made it well-known would have to be a part of any new agreement with whichever team he landed, were the very reasons that some teams never even considered it. Enter the Dallas Cowboys. Well, them and a few others.

When looking at the Dallas Cowboys as a whole, there are a plenty of holes that need to be filled with the amount of dollars it took to secure "AB" for Oakland. The first hole that comes to mind is along the defensive front. If you follow any reputable sports outlet, you would know that a handful of the defensive lineman the Cowboys had on the roster last season probably won't be there this year. Minimally, at least not for a full 16 games.

Embattled defensive end Randy Gregory has again fallen victim to his own vices, being suspended indefinitely this time for violating the terms of a previous reinstatement surrounding the NFL's drug policy. Another former defensive lineman in David Irving, recently "retired" from professional football, although it was widely reported that he wouldn't be retained either way. These are just the issues with the front.

Aside from restructuring the deal of veteran linebacker Sean Lee, the cowboys really didn't have that much to work on or worry about in the middle, but that is where the good news stops. When it comes to the backend of this defense, the Cowboys definitely need help, and if former Giants safety Landon Collins' deal with the Washington Redskins is any indication, it won't be cheap.

Factor in that the Cowboys are constantly tinkering and adding pieces (depth, if nothing else) to the offensive front, are in need of a strong secondary option at RB (looking to "upgrade from Rod Smith"), and could use more depth at receiver and tight end (shout to Witt though), that doesn't bode well for having to "spend big" on anyone who isn't a starting caliber safety (looking at you, Earl Thomas). To wrap a bow around the already long list of needs for this Cowboys team, a possible backup for Dak is also something the Boys may need to consider. 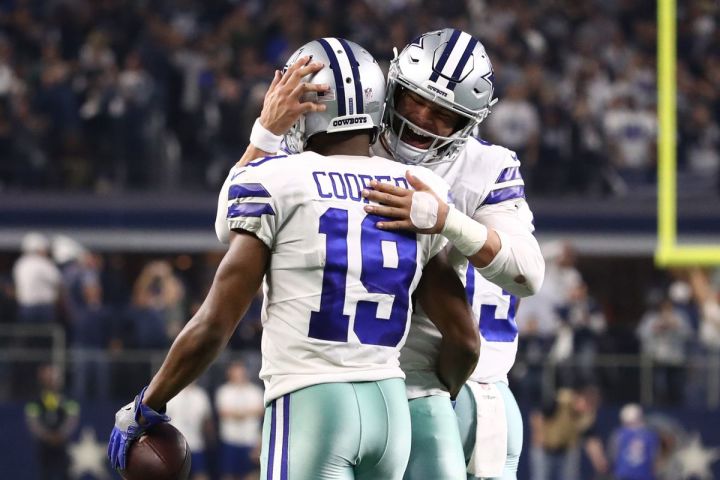 Outside of simply having to spend the money in other areas, what it took to get him would have been a hangup as well. Not that it shouldn't have been done, as he is definitely worth the picks it took to get him, the Cowboys are already short a first round pick in this upcoming draft due to the Amari Cooper trade.

With this year's draft being considered not only a "defensive draft," but also a draft considered to be a "second to fifth round" draft by experts, that would not have been the smart thing for the Cowboys to do. This is because they need defensive depth as mentioned earlier, but also with so many talented defensive players in the draft, there will massive values to be had in those second to fifth round ranges. This bodes well for a Cowboys team looking for depth, and is a big reason why they probably never even considered moving more picks to acquire "AB."

Lastly, and simply enough, AB needs to be the "guy." Don't misinterpret, Jordy Nelson can still ball and should have plenty of room to do so with AB playing opposite, but there will be no confusion about who will receive the share of the targets once the season rolls around. With a younger, and overall more familiar (with the offense and the QB), Amari Cooper on the Cowboys roster, however, that guarantee could not truthfully be made. This would likely have been a hangup for Brown, as the emergence of JuJu Smith-Schuster seemed to rub him the wrong way.

He will be a monster in Oakland, and you can all but stamp it. He is motivated and has something to prove to all those who have chastised him throughout this process, and that is for certain. Another certainty, however, is that there was never a chance he'd end up in Dallas and these were the main reasons why.