Thorough explanation of how amazing karate black belts are! [It's easy to take a black belt]

AK
by Alica Knopwood 3 months ago in fighting 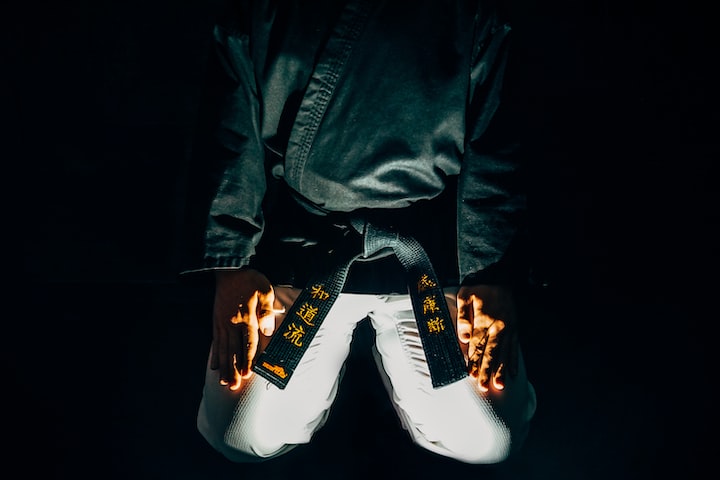 Photo by Leslie Jones on Unsplash

As you can see, people who have a black belt in karate may think that it is amazing, but in reality it is relatively easy to take a black belt.

With over 20 years of experience in karate, I have seen the process of many karateka becoming black belts.

From that experience, I think that even people who are not good at exercising can get the black belt of karate.

In conclusion, having a black belt is not a big deal in itself.

So, this time, I will explain in an easy-to-understand manner "how can I get a black belt" and "the strength of a person who has a black belt".

It takes several years to learn karate black belt, but the difficulty is relatively easy.

Many students get a black belt

As you can see when you start going to the dojo, the black belt is enviable when you wear a colorful obi.

There are different reasons for learning karate, but many students have a black belt as their first goal.

The bottom line is that almost anyone can get a black belt if they continue.

Therefore, most of them are working hard until they get a black belt, except for those who quit immediately because karate does not fit.

You can get a black belt in as little as 2 years.

If you practice seriously and have a little sense of it, you can get a black belt in a minimum of two years.

However, it is rare for people to take it in 2 years, and on average it takes 3 to 5 years .

Especially children absorb quickly, so if you keep saying it, you can easily become a black belt.

However, if you start karate as an adult, the hurdles for getting a black belt may rise a little.

This is because it is a little difficult to start karate after becoming an adult.

This is explained in " It's pretty hard to start karate when you're an adult."

Even if you start as an adult, you can still get a black belt if you can continue.

Some dojos are difficult to remove the black belt

If you are considering going to a karate dojo, you should be a little careful when choosing a dojo.

This is because some dojos have "dojos that do not undergo promotion screening very often" and "severe dojos that cannot be promoted easily".

When choosing a dojo, you may also want to check how many black belt students you have.

In addition, the points to note when choosing a dojo are explained in "Is it okay at a nearby karate dojo (classroom) !? I will teach you how to choose a dojo."

A black belt does not mean it is strong

I explained that it is relatively easy to remove the black belt so far.

☆ The road to getting a black belt ☆

→ Once you reach the first grade, you will be able to undergo the promotion examination next time.

・ Pass the promotion examination and get a black belt.

The most important criterion for passing this promotion examination is "whether the basics are well established".

In other words, "black belt = person who can do the minimum basics".

In other words, having a black belt does not mean that you are strong.

Karate is only in production after removing the black belt.

The tips for removing the black belt are explained in "Thorough explanation of what the color of the karate obi means!" .

You can also aim for a black belt

If you are thinking of starting karate from now on, you may want to aim for the black belt first.

However, even though the difficulty of acquiring a black belt is low, it is very important to observe the following.

☆ Protect to remove the black belt ☆

・ Always keep in mind what the leader taught you, have aspirations, and have fun Of course, karate isn't just about taking black belts and playing games. Karate is also effective for diet and health.

Also, if you are reluctant to attend the dojo, you can study by yourself.

Anyone can do karate, so please try it.

See all posts by Alica Knopwood →