The Uneven Ice in the NHL

by Marjorie Roden 22 days ago in hockey

The Call to Chirp

January 4th, 2020, saw an afternoon NHL game being played between the Minnesota Wild and the visiting Winnipeg Jets. The one consistency throughout the game was the constantly inconsistent calls, which led to the overtime victory for the home team. The need to hold the officials, who are all members of the NHLOA (National Hockey League Officials Association) is needed, especially when there are games such as this called, and players being injured and no retribution being made in the form of missed calls.

This was something that many fans of the Winnipeg Jets have noticed and have been angered about in the lone episode of WINNIPEG LANDING PAD. Though it was never officially aired, it has been released via the online platform YouTube roughly a year ago. During the Chirping Pad segments in the episode, the perspective given by the fans who voluntarily spoke to the show’s host at Polo Park Mall regarding the lack of legitimate calls, or for that matter, what appears to be unfair offciating, still holds true today.

Certainly, the main feeling of some sort of evaluation system being put in place to hold all on-ice and off-ice officals accountable for the way that games are being called needs to be looked at. This includes the unjustified calls, such as the one made on the Jets’ captain Blake Wheeler during the overtime period this afternoon (as there had been examples of this kind of infraction that had been “missed” during regulation doled out by players from the Wild), as well as the completely missed calls. This includes the goaltender interference call which should have been called on the Wild’s Zach Parise when he shoved Jets’ goaltender Connor Hellebuyck away from the puck while standing in the crease, not even half a millimeter away from him. This play led to the winning goal.

Graphic from Illegal Curve of the non-call made this afternoon.

It certainly brought forth memories from last season’s autumn game against the Dallas Stars, when then-Jet Brandon Tanev deked out goaltender Ben Bishop. Goaltender Bishop feigned that he had been knocked over by the much bigger Tanev. As the photo from above the net proved, Tanev was certainly all over the poor, little, fragile goaltender like Garfield the cartoon cat is all over lasagna. 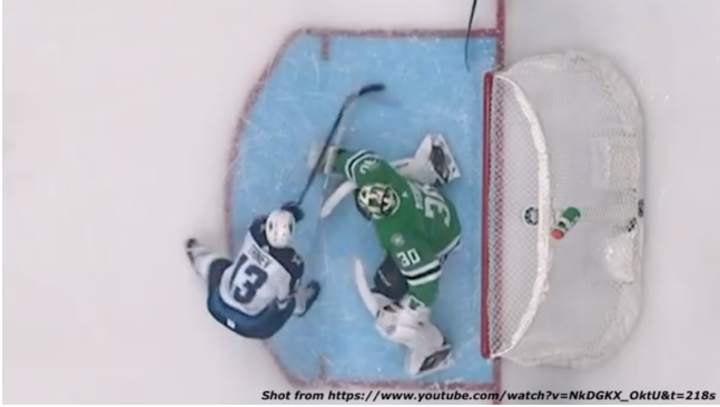 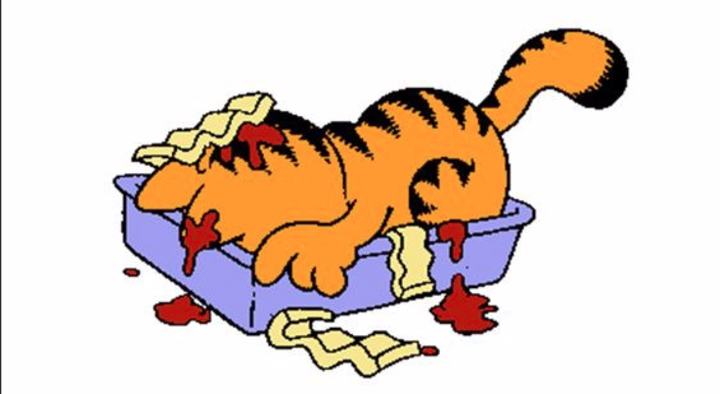 Clearly, that last comment was typed in sarcasm, but certainly, this has been what the Winnipeg Jets have had to put up with for well over two seasons.

Looking at more recent events, such as the December 17th, 2019 game which saw what could be defined as a questionable retaliatory hit by Jordan Staal, is also something which is another example of the consistent inconsitency in reffing. Andrew Copp attempted to barrel the Hurricanes’ alternate captain off-balance. Unfortunately, the result was Staal flattening Copp with a no-look WWE styled jab with his left elbow, flattening Copp to the ice and sending him to the locker room shortly thereafter. It was only this week Mr. Copp was even skating in a yellow no-contact jersey, and the estimated time of hin returning to play for the Jets is after the All-Star break. 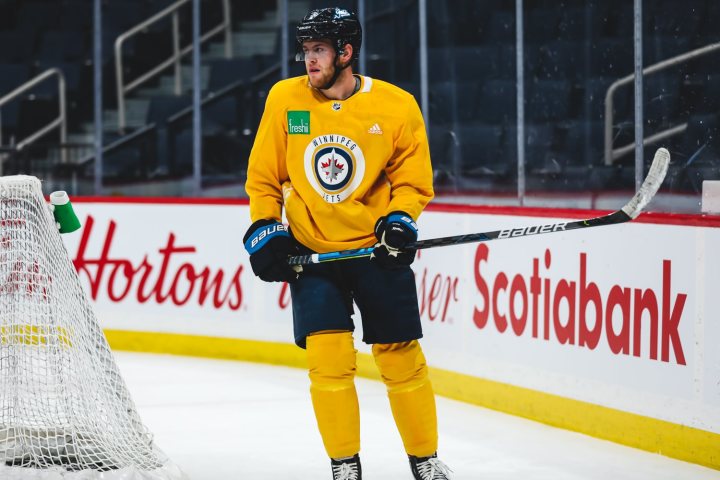 Andrew Copp, skating for the first time since his mid-December injury. Photo from the Winnipeg Jets Facebook Page.

There needs to be a way to legitimately evalaute all of the officiating at the professional level. Unfortunately, at the level where one would hope there would be an organization set up to give such fair evaluations, there is nothing that appears on-line. Thankfully, the NHL Officiating Association does have a website where concerns may be voiced. Their website address is http://www.nhlofficials.com/nhl-officials/current (yes the link is clicky!) which also lists the names of all the on-ice NHL referees and linesmen, and there is a “contact us” link included on the page. However, there are no forms to formally evaluate the officials, either on or off the ice, which leads to the introduction of evaluation forms that do exist.

The USA Hockey website does have a downloadable form that can be filled out, and the state evaluation co-ordinators are all listed. However, as this article went to press, there was no national co-ordinator listed. Their website can be found at https://www.usahockey.com/onlineevaluations And yes the link is clickable, so feel free to download the form!

Perhaps including this information to the general public may be something that the knowledgable hockey fans and observers might find interesting. Perhaps an email innundation of the evaluation forms to make the people at the NHLOA realize that their members are not being consistent may help. Or perhaps it will fall upon the eyes of readers who may beleive taking the time to do this might be useless. 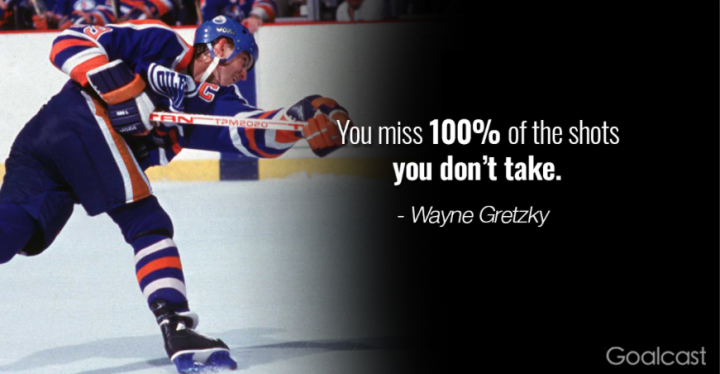 But then again, it might not. As the Great One Wayne Gretzky put it, “You miss 100% of the shots you don’t take.” 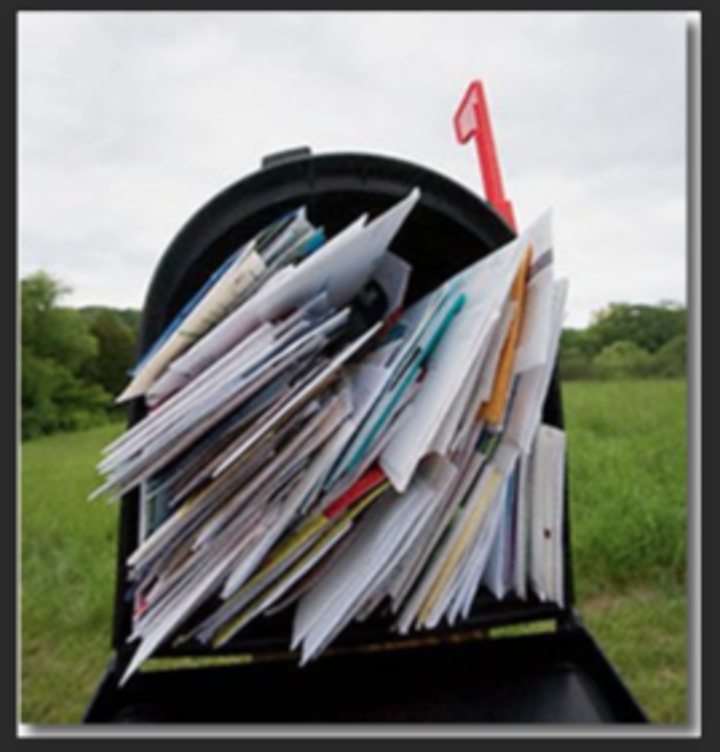 Stuff the virtual inbox? If you feel so inclined!!!

So readers, if you feel so inclined, the challenge is out there. Take a few minutes, fill out the form as provided by USA Hockey for each of the officials in this game, and send it in to the NHLOA. Let’s take “the chirps” to a whole new level by stuffing the virtual mailbox! 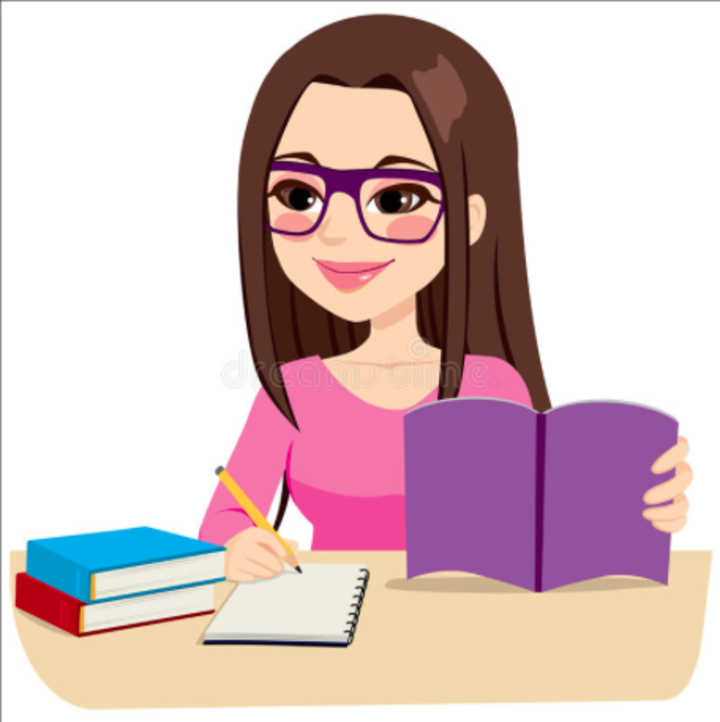 A graphic showing what I've been up to. Graphic by Dreamstime

PERSONAL NOTE: In case any of my readers are wondering where I've been the last few months, I am in graduate school, which means much of my time has been thrown into my studies in film & performance. Trying to find time to keep up with my sports' writing, spare getting a job at the Heritage Classic in January, has been a challenge. Feel free to help support my creative works, which includes doing more writing on here, by leaving a tip or two as you see fit. Thanks, and Happy 2020!

I make dramatic and documentary films, and have been known from time to time act and create visual art. And I also love hockey, hence why I write about it a lot! I also work professionally as a freelance writer and photographer in Canada!

See all posts by Marjorie Roden →