by Michael Lust Productions 15 days ago in baseball

Story about a baseball player who had special talents that were never known after he graduated and went to play Semi Pro Baseball. 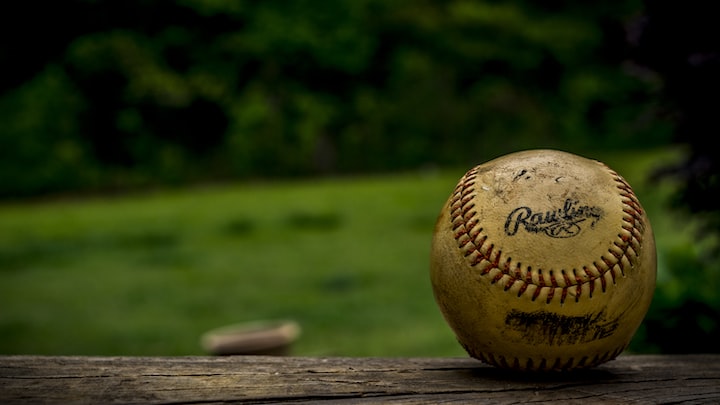 Photo by Joey Kyber on Unsplash

We begin in the clubhouse of the Wenatchee Tigers baseball team. A team who has finished in last place 8 season in a row and 20 losing seasons. Inside the room are four men are whom are seated around the table; Team Manager Stevie Ray, Public Relations Manager Jim Dank, Operations Director Ben Johnson, and Director of Player Personnel Mark Hastings. They are waiting for the new Owner Michael Lust to arrive for the team meeting.

Stevie Ray looks around the room and says "Are you sure our new owner is here in town?"

Jim Dank who is looking at Stevie says "He should be, he called the meeting."

Ben Johnson who is sitting at the conference table says "He was here yesterday as i talked to him in the copy room. "

Stevie Ray who is sitting at his place at the conference table says "He missed the last meeting he called, said he was busy with another issue."

Mark Hastings whom is filling out the roster and hears something and says "Quiet! I hear someone coming down the hall. "

As soon as mark Hastings made his comment, the doors to the clubhouse open and enters new owner Michael Lust and he has a stack of papers that he hands out to each person in the room. All the members begin reading over their packets.

Once Michael enters the room and every asks " Who are you? Where Jimmy?

Michael Lust who looks puzzled Says "I just bought the team from jimmy this afternoon. I have been busy making up these packets with team rules, current rosters, available free agents, and players of interest. And now lets say welcome to a new season of Tigers baseball .

All of the staff welcome Michael and state they are ready to help him if needed. All coaches and staff sit at their places at the conference table.

Michael Lust states "I have a new player. I think he will be a great player. I have seen his play and he has potential, but unfortunately his old school would never give him a chance. His name is Eric Knapp.

Michael Lust says "The first thing I want to say is that Stevie Ray, you are no longer the manager, but are now the new General Manager. We will look for a replacement as manager tomorrow. I know that it may be different without our old owner Jimmy who sold the team due to his declining medical health, but I hope we can make him proud this year.

Several of the coaches groan and Stevie Rays say "this team has not won a pennent in over 30 years and we have been in last place the last 10 years. Our last winning season was 14 years ago. What are your plans?"

Michael Lust then makes a comment that brings the coaches to life "Just as we could expect, but we are still chosen to be the worst team in the league this year. But as coaches you have a better outlook on players as we do in the front office. So I would like all of you coaches to go over the roster and free agent list and see what you guys think would be a good fill to make us winners.

Stevie Ray then says with a big grin "You mean you are going to let the coaches have a say on the roster and movements?

Michael Lust then says "Yes. You are the team and have the knowledge, I am just the owner. All of you coaches are here, because I trust your choices and will go with your team ideas.

The coaches and Michael Lust then begin the conference and everyone reviews the roster and stevie ray glances outside at the batting and cage and noticed a young man slamming baseballs all over the field.

Stevie then asks Michael "who is that in the cage"

All of the coaches look out the window and see baseball sailing all over the field and everyone then grins. He's signed"

Stevie Ray says "Where are Adrian Jones and Stephen Rodriguez?

Michael Lust "They were lost in free agency, Jimmy couldn’t meet their salary requirements., Or should i say he failed to make a bid for them, which was part of his health decline. Men jimmy has dementia and thought you put in a bid for them. That is why he sold the team to me.

Jim Dank says "Michael after looking at this list, all I can say I never heard of these guys !

Stevie Ray then remarks "Mostly because these are all low end players, with minimal possibilities, but looks like all we will have a shot at getting. So we need a CF, SP, C, and RF. Plus this list is what we can afford right now. We need to start filling the seats and I think that this kid that Michael brought could paste butts in the seats.

Jim Dank says "Well i have a idea of who I think would be a great fit here. For ones who do not know me I used to be a scout before i took a coaching job. For catcher I like the possibility of Jason Banks, for Center Field I like Gus Plumber, For Right Field I like Jesus Anderson, and for Starting Pitcher I like Randy Worthen.

Mark Hastings then agrees and says "Yes i agree these are great fits. I like what these guys do. They play from the heart and are loyal. "

Ben Johnson says "I agree. Plus these guys are team players. "

Michael Lust says "I agree too. Stevie start contacting these guys tomorrow and lets see if we can get them as Tigers players. I will contact a good friend of mine Russell Whitaker to be our Manager.

Michael Lust says "Russell is a person i used to work with, he was a coach for a babe ruth league and high school coach as well. I think he has the power and the willingness to shake things up and Stevie, go to your office and start offering deals and meet with me tomorrow.

Stevie Ray says "Outstanding. See you tomorrow. I wont let you down Michael. "

Michael Lust says "I know you wont, Stevie. That's why I made you General Manager. Ok men that’s all for today, See you all tomorrow to get the season started."

All the men get up and leave the clubhouse shaking each others hands. This will end The Team Meeting

Doors to Life
6 months ago