by Joshua Charles Heflebower 2 months ago in baseball
Report Story

A Letter to Buster 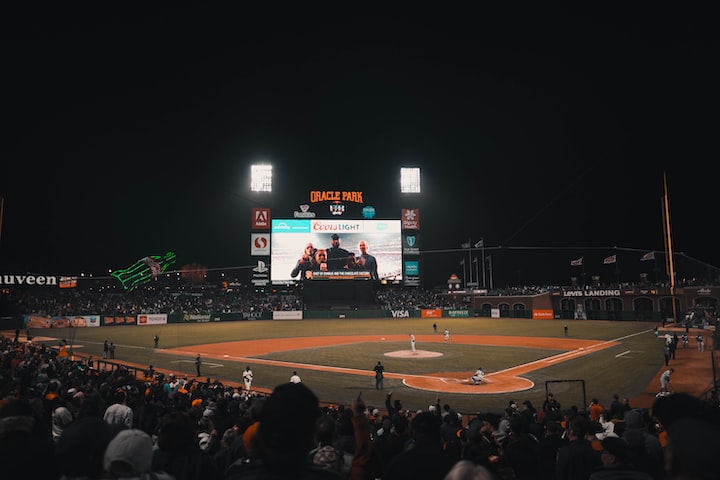 The day I dreaded since I was 10 years old and first remember watching full baseball games came true the evening on November 3rd, 2021 when news broke of his retirement. The 34 year-old catcher spent his entire 12 year career in San Francisco, where he made 7 All-star teams, won 4 Silver Slugger Awards, 3 World Series, and 2 NL Come Back Player of the Year Awards. He also happened to win NL Rookie of the Year, NL MVP, and be crowned NL batting champion somewhere in there too.

Buster Posey’s presence on the Giants has been unmatched in his 12 year career with the team. In what will now be his final season, Buster slugged a .304/.390/.499 slash line for the Giants pioneering their way to a franchise record 107 regular season wins. Winning him Comeback Player of the Year, Posey had his best season in nearly 5 years after returning for the 2021 season after opting out of the COVID-shortened 2020 season. Posey’s abrupt retirement shocked the baseball world immediately when rumors were confirmed.

But I could not agree more with his decision.

After an extremely promising start to his career in 2010 where he lead the Giants to a World Series title while also being named NL Rookie of the Year, tragedy struck in 2011 for the young catcher. A collision at home plate between Posey and Florida Marlins outfielder Scott Cousins resulted in Buster Posey having career altering surgery on his ankle, ending his season.

Of course Posey went on to return 2012 and win his first Comeback Player of the Year award, as well as being named NL MVP, NL Silver Slugger for catchers, and NL batting champion. The Giants also went on to win the World Series after Posey’s incredible .336/.408/.549 stat line during the regular season.

Posey went on to be an All-star the 5 out of 6 seasons, where he won his third World Series with the Giants. But he started to slow down with his production at the plate over the next few seasons.

Being a catcher is physically a much harder position than any other position and Buster Posey’s career is just one more example of it. Undergoing surgery as serious as he did in only his second full season in the MLB was a rough start to his physically demanding career behind home plate. Over the course of the years, Posey would experience hundreds of different forms of abuse behind home plate from foul balls or other contact injuries. Even though Buster took all these hits like nothing, the years started to get to him. The foul balls straight off the face mask that would knock him down started to keep him down a little longer. The jammed fingers on balls started to nag on longer.

By 2019, Posey had his worst year by far. He slashed .257/.320/.368 for a career for a career low in all three. The former NL MVP suffered a multitude of injuries, including still recovering and returning from a hip surgery in 2018.

When Covid struck in 2020 and the season got delayed and eventually shortened to 60 games, Posey was one of many players who chose to opt out of the season due to the premature birth of his adopted twins. When he returned in 2021 for the season, he began playing just like the former MVP he is.

But now the seasons over. There isn’t going to be another 60 game season in 2022 that he feels he could opt out of consciously. Also, Posey had a player option that allowed him the ability to test free agency or just, retire.

Theoretically, Buster could come back in 2022 and have an outstanding season. I mean, he’s done it in back to back seasons many times throughout his career.

But Buster’s 34 now. The career span of a catcher in the MLB is significantly less than other positions. It’s hard to keep up with the physical demands of playing catcher everyday.

And we saw that in 2021. Even though he had a spectacular return, Posey did not catch consecutive games, almost always getting a day off in between. However, Posey’s elite bat kept him and the Giants constantly competitive throughout the season with his clutch hitting and veteran catching abilities. Leading them out in one last blaze of glory, Posey’s signs of youth was the perfect ending point for an illustrious career.

The baby-faced catcher that once took the MLB by storm had now become the distinguished veteran on his way to Cooperstown via first-ballot when eligible for the Hall of Fame.