by Martin Townley 10 months ago in football 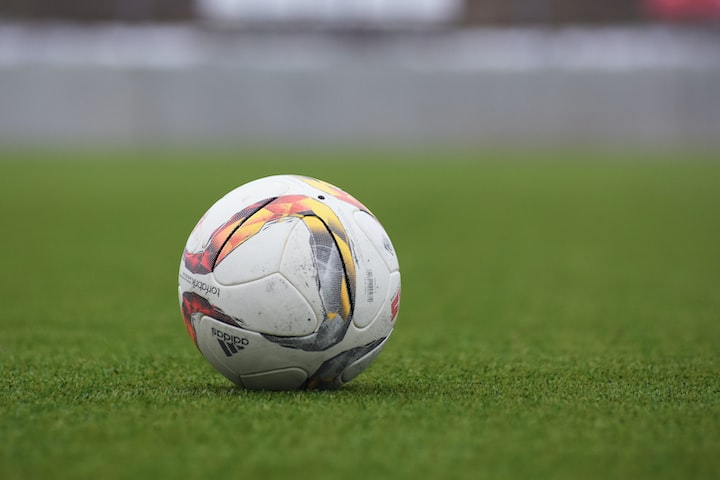 Photo by Peter Glaser on Unsplash

Rangers took their lead of the SPFL to 19 points after a 1-0 win over rivals Celtic. The winning goal came in the 69th minute Callum McGregor turning James Tavernier's corner into his own net. The goal came shortly after Nir Bitton was shown a red card for bringing down Alfredo Morelos.

Celtic had started brightly and controlled the first half, the visitors would have lead had it not been for Rangers keeper Allan McGregor. McGregor pulled off some good saves in the early part of the match.

In the opening minutes the Rangers Keeper was called into action saving from Edouard's shot. Two minutes later McGregor was in action again as he turned away an effort from Leigh Griffiths. Griffiths had another go as he curled a shot towards goal only to find McGregor's finger tip as he manged to send the ball onto the post. After dominating the first half Celtic were unable to take advantage.

At half time Rangers Boss Steven Gerrard recognising his side struggling to gain a foothold in the game brought on Ianis Hagi for Roofe. The early part of the second half continued as the same as the first. Celtic pressed high and Rangers struggled to put passes together.

Rangers did manage an early chance sub Hagi cutting in form the right to have a shot but only managed to put it wide. Celtic continued to look for an opening goal but Balogun was able to block off Edouard after the Celtic striker found himself clear in the box.

The momentum changed just after the hour as Nir Bitton saw red. Morelos went past Bitton on the right and looked to be clear though. The Celtic defender pulled down Morelos leaving the ref with little choice. Rangers had failed to put Celtic under any real pressure up to this point but with the extra man they seized control of the game.

Rangers were starting to get back into the game when the pivotal moment of the game happened. Alfredo Morelos looked to latch onto a though ball was hauled down by Nir Bitton. Bitton was deemed by the ref to be the last man and was given a red card for the foul.

It took just 8 minutes for the home side to take the lead and take advantage of their extra man. Borna Barisic's shot was turned away for a corner by Celtic sub Shane Duffy. James Tavernier's in swinging corner deflected in off Celtic's Callum McGregor.

Celtic did try to get back into the game with their 10 men but only found a blue wall of Rangers defenders.

The win gives Rangers a 19 point lead of the SPFL and really leaves Celtic with a massive task to win their 1oth title in a row. Celtic do have three games in hand but would still be 10 points adrift of their city rivals.

Steve Gerrard was keen to "ignore the noise" that the title is wrapped up. Speaking to BBC Sport "Prior to this game, we were aware of the noise," he said.

"But it's my job to protect my players and we are not going to gain anything or get an advantage by listening to the noise and getting involved in playing to it.

"We need to keep a tight-knit group and keep doing the right things. Everything we have done this season has got us into this position and we need to keep fighting to remain there.

"My reaction to the win is I'm really proud, really happy and satisfied with the three important points. It stretches our lead to 10 points with where it's at."

Celtic manager Neil Lennon insists that the title race is not over telling BBC Sport "You have got to keep going," Lennon said.

"You can't just say it's over, because there is still a lot of football to be played. We have to be a lot more consistent in the second half of the season than we have been in the first half.

"It may be a pivotal moment - I can't predict what is going to happen - but we have to keep playing like that, keep being consistent, keep winning games and apply as much pressure as we possibly can."