NFL Up 'Til Now

by Joshua Faupel 2 months ago in football

In case you missed it 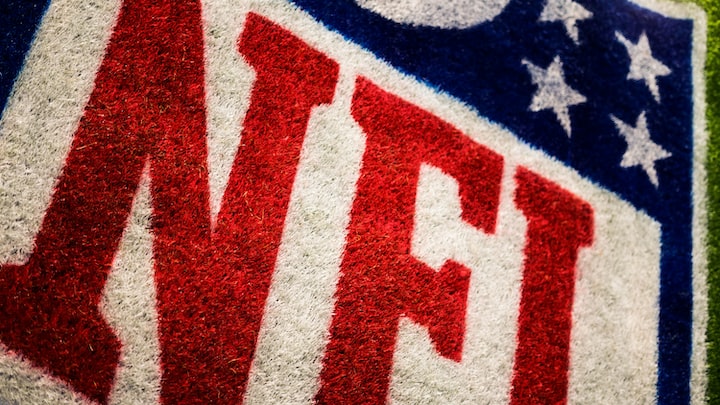 Photo by HENCE THE BOOM on Unsplash

I'm not excited about the restructuring of the post season, but I am excited that it's here, nonetheless. A lot is happening: Tom Brady is in the playoffs, the Jaguars fired their coach, the Browns' coach is out... Wait a minute, this is sounding familiar. Yes, dear reader, it is. However, things couldn't be more different than years past. Let's go over a few things that shaped the league this season:

1. Tom Brady, this past offseason, left ol' coach Bill and the Patriots for the NFC's Tampa Bay Buccaneers. In one year, he turned Bruce Arians' team, devoid of an identity into a legitimate playoff contender. Tom Brady has never had the kind of weapons he has in Tampa. Unfortunately for him, his efforts weren't enough to unseat the Saints for the NFC South crown. Tom leaving the Patriots left them in cold despair, as it turns out. With no TB12, The Patriots not only didn't make the playoffs, but the AFC east title was eaten up by the Buffalo Bills and a maturing Josh Allen.

2. Last offseason, Andrew Luck retired, leaving Indy with a void at the QB position. With respect to Jacoby Brissett, the Colts decided to address this by bringing in Phillip Rivers. Oh, sorry, skipped over something. The former San Diego Chargers let go of Phillip Rivers in favor of Justin Herbert. Well, not really. They planned on EVENTUALLY turning the team over to Herbert while having Tyrod Taylor as a stopgap. Life rarely goes the way we expect, however, and Justin was handed the reigns in week 2.

3. The Packers did... nothing. I mean, they did, I guess. I'll tell you what they didn't do. They didn't draft a wide receiver to help alleviate pressure from Aaron Rodgers and Devonte Adams. Nope. They DID draft an heir-apparent though. GM Brian Gutekunst drafted Jordan Love with the 1st round pick. Not that Aaron Rodgers needs motivation to do well, but the Packers might consider drafting a QB every year; Aaron Rodgers all but secured his third MVP award while helping the Packers to the first overall seed in the NFC. The road to the Super Bowl goes through Lambeau.

4. I HAVE to write about the NFC east. I know this whole thing is mostly about the NFC, but only a few things weighed as heavily as the NFC east (NFC was more exciting than AFC anyway, #sorrynotsorry). I won't bury the lead with this one: two years ago, Alex Smith was told he might lose his leg, might lose his life, would never walk again, and would never play football again, has led the Washington Football Team to claim the NFC East title! Oh yeah, that's their name (for now), The Washington Football Team. That's, actually, not even the half of it.

Dak Prescott, of the Dallas Cowboys, signed a fully guaranteed 1 year contract, the Franchise Tag, and proceeded to get hurt before midseason (he's fine). The Cowboys had to turn to Andy Dalton, who the Bengals moved on from this offseason and drafted Joe Burrow. Andy Dalton got injured also (he's fine), and the Cowboys had to proceed with their 3rd string QB Gilbert (he's fine). Long story short, Dalton came back, but Cowboys didn't win the division (I said that already, i. e. Washington).

Eagles didn't get interesting until week 14 or so. Carson Wentz, the former number 2 overall pick that the Eagles traded up to draft was benched in favor of former Alabama standout QB Jalen Hurts. Not just benched for a game, either. Full-on BENCHED. Ties with QB Wentz and coach Doug Pederson are said to be rocky, at best, and irreparable, at worst. The QB situation got worse when Pederson decided to bench Jalen Hurts in favor of Nate Sudfeld (I've never heard of him either) in a week 17 game that could have sent the Giants to the playoffs; that didn't end up mattering (again, Washington), but the Giants were furious.

There's truly a lot more to talk about, not least of all the actual playoffs. This has been the most memorable season I've seen in years. Despite the virus ravaging games, players, and the NFL schedule, it didn't quell an absolutely spectacular season. More is going to unfold; small things change day to day, big things change week to week. Keep watching. I promise, it's going to be worth it.