by Michael Reynoso 6 months ago in basketball

Kawhi Leonard will join the Los Angeles Clippers. Plus, the Clippers trade a huge haul of assets to the Thunder for Paul George.

We didn’t see this coming.

In a shocking turn of events, Kawhi Leonard is taking his talents to Hollywood. He finally announced his decision after 2:00 AM in the morning, and chose the Los Angeles Clippers. According to EPSN’s Adrian Wojnarowski, Kawhi agreed to sign a four year, $142 million-dollar contract with the Clippers.

What’s more, Kawhi made his friend, Paul George, join forces with him via trade. I don’t know where to begin with this ground breaking news, but I will start anyway.

Leonard officially announced his decision by showcasing the Clipper logo on his Instagram fan page. To announce a decision on an Instagram page is classic Kawhi Leonard. During this whole week of free agency, we were refreshing our social media pages to know when Kawhi will make his decision.

Until an earthquake erupted in Southern California that shook the Lakers to its feet.

I call it the “Kawhi-quake.”

Has a nice ring to it, right?

Let’s just say, Kawhi’s earth-shattering decision to join the Clippers sent a massive earthquake to alert us. You got us, Kawhi.

To understand how all of this decision came about, let’s break it down.

Breakdown of Kawhi Leonard and Paul George to Clippers. 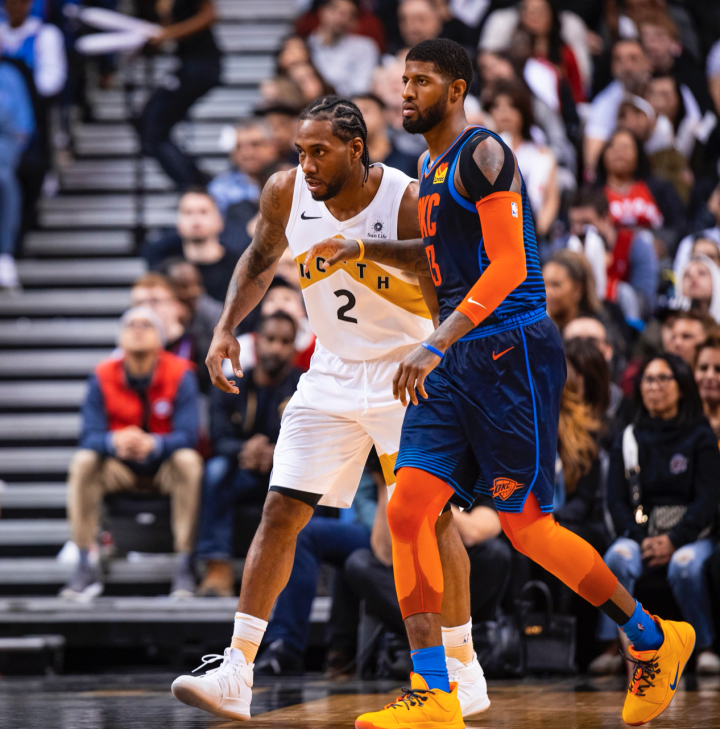 First, we know that Kawhi met with three teams: Lakers, Clippers, and Raptors during his free agency process last week. Second, it was down to both Lakers and Raptors for Kawhi’s services. Thirdly, Leonard was expected to make a decision on July 4th and July 5th, but didn’t announced it.

Finally, it was reported by EPSN’s Adrian Wojnarowski that Kawhi stalled time so that the Clippers can trade for Paul George, which was a “power move.” As a result, Leonard chose to sign with the Clippers and got his friend to join him. If this isn’t a boss move, I don’t know what is.

Kawhi literally was playing chess while both the Raptors and Lakers were playing checkers. I sure bet Kawhi planned this decision from the very beginning.

As proof, ESPN’s Adrian Wojnarowski reported that Kawhi has been recruiting Paul George to find a way for the Clippers to get him. As it turns out, the Clippers pulled it off at the last minute and got two of their franchise cornerstone players.

As for the historic trade, it made the difference in luring Kawhi away from both the Lakers and Raptors. Let’s just say that Kawhi is his own man. He will do whatever he wants and make sure it is executed on his own terms.

Now, the Clippers had to trade their three unprotected first-round picks (2022, 2024, and 2026), two first-rounders from Miami (2021 unprotected and 2023 protected one to 14), two swap picks from the Clippers (2023 and 2025), Shai Gilgeous-Alexander (second-team All-Rookie and vert promising) and Danilo Gallinari (solid player).

This mega haul equal to the Pelicans’ assets, which is astounding. For the Thunder General Manager Sam Presti, this is a huge gamble for his franchise in years to come.

As for the Clippers, they are content with this trade and will stick with the team they have to compete for championships. Honestly, this is a trade that will pay dividends for the Clippers long-term.

Because they wanted to complete Kawhi’s request and get a second superstar to lead the team to a title. 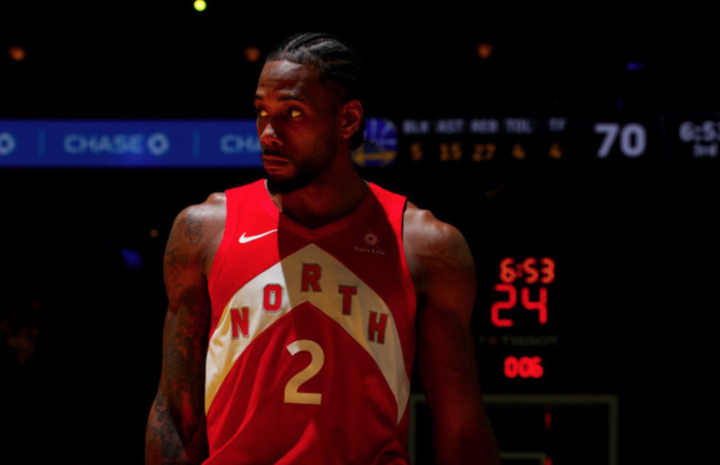 When people try to put pressure on you to make a decision, you can’t listen them. Take your time and do what is best for you. You have the power to affect change and control your destiny. Kawhi Leonard showed us what it means to make moves and execute plans quietly. We can learn from each other.

Like ESPN’s Stephen A. Smith said, “Its a power move of epic proportions.” That statement summarizes Kawhi Leonard’s decision by joining the Clippers.