Glima: The Martial Art Created by the Vikings

by Neal Litherland 9 months ago in fighting

When the Norsemen sailed out of Scandinavia, they quickly cultivated a bloody and fearsome reputation. Brutal warriors and vicious raiders, they were also skilled sailors and navigators, and they established trade networks from the British Isles all the way to Constantinople (where many Norsemen joined the Varangian Guard, acting as the personal bodyguards to the Eastern Roman emperors).

What made the Norsemen, and the Vikings of legend, so fierce, though? Raw blood lust? A thirst for conquest? A secret fighting technique?

That last one might not be too far off. Because the Norsemen were great proponents of the martial art Glima, and it likely gave the Vikings an edge over opponents who weren't weaned on such an aggressive, violent pastime.

Glima (which roughly translates to "flash" or "glimpse" according to Spangenhelm) is a martial art that has been practiced in Scandinavia for centuries. Relying on speed and skill, this martial art is primarily thought of as a grappling and wrestling style, but Glima also incorporates strikes and pain techniques to cripple an opponent.

While someone trained in Glima is a savvy opponent to face anywhere, there was more to the Norsemen's prowess than simply having their own martial art. After all, most cultures the world over have some kind of fighting style they can claim as their own, and they didn't rise to the level of prominence for their combat prowess. However, in addition to being a dangerous martial art, Glima also has a sport version. This sport was (and for many people still is) the national sport of many Scandinavian nations. Glima training began as young as 6 or 7 years old, and it was taught to everyone. Glima was even enshrined in myth, and Thor himself is described as a god of wrestling in the Eddas according to Viking Martial Arts, which shows just how seriously the Norse people took their grappling.

The ubiquity and commonality of Glima meant that wrestling and fighting were intertwined with the daily life of the Norse people. Practicing this art often, and from such a young age, also built strength and familiarity that would have made them abnormally skilled in the eyes of someone who came from a culture where a combat sport wasn't the national pastime. If you ever had a friend on the wrestling team in school, you've seen first-hand how even someone that's just an okay wrestler when surrounded by their friends on the team is stronger, faster, and surer when they're compared to people who aren't wrestlers at all.

The Different Forms of Glima 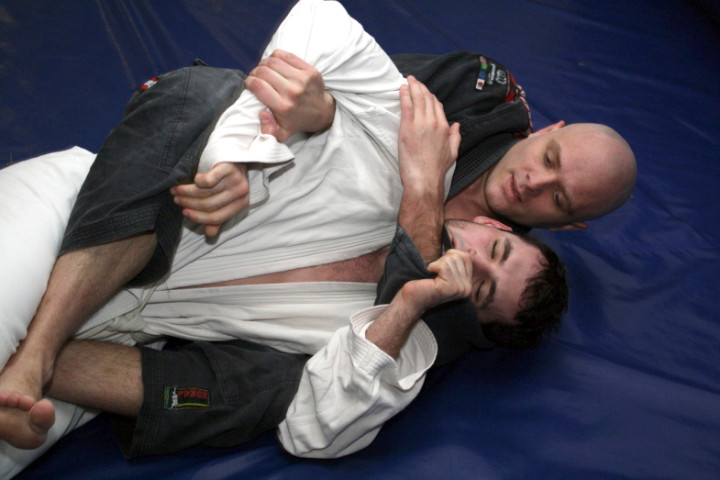 Like any combat sport, Glima came in different varieties. While there were far more variations than those recognized today, with different regional rules depending on where someone happened to be stepping into the ring, there were four basic forms the martial art took overall.

The first is Lausatok, which translates roughly to free-grip or freestyle. This style was the most permissive, allowing dozens of different grips, styles, throws, etc. to be employed, though there were still rules regarding harm to your opponent. The first person to go down was the loser, and if both participants went down, then the first to get up was the winner. It was also the basis used for Rabryting, which meant raw wrestling. This was the most brutal form of the sport.

The second type of Glima is Hryggspenna, or back-grip in Old Norse. Similar to back-hold wrestling, which is popular in Scotland, this is the form of Glima that relies most on raw strength and brute power. There are no throws, no twists, and no tricks; each opponent clasps the other's back, and pits their strength against each other until someone falls down.

The third type is Brokartok, or trouser-grip. While this might sound like a dirty joke, it is a type of wrestling where opponents grip the belt and thigh, and have to twist and tumble their opponent. It requires a great deal of skill, and if you fall but maintain your balance on your hands, you are not considered to have lost, adding an acrobatic element that other forms lack. This type of Glima has been popular in Iceland for centuries, and remains so to this day.

The fourth type, which is drawn from a single historical source, is called Axlatok. This shoulder grip Glima is where opponents stand chest-to-chest, gripping each other high on the back. Similar to Hryggspenna, except foot tricks and leg sweeps are allowed in this wrestling form.

If you want to check out more cool stuff about the ancient Norsemen, then might I suggest the following?

And, while you're at it, make sure you stop in to check out my archive here on Vocal! There's all sorts of fun stuff, and I'm adding more all the time!