The Perks of Plum

by Jord Tury 28 days ago in personal finance

Saving through the power of AI technology

It's more than fair to say we all need that little extra push when it comes to stashing away our rainy day fund. It's something we all want, but fail to aim for when various other priorities come tumbling along. But, what if I told you there was a way to save a healthy amount of funds without having to lift so much as a finger? And, what's more is that you can do it without even noticing a difference in your bank balance, either.

Plum is an app that runs on your phone and can easily be accessed via Facebook Messenger. It's a simple add-on that takes up no additional space and requires only the basic details on your behalf. There are no catches, no surprise fees – only an AI that maps your spending patterns and puts away the spare money accordingly. Now, this is bound to stop many people in their tracks as they stop to question an AI's ability to control our savings. But, fear not. With Plum, the savings are only made when there is enough to put aside. And, where the genius algorithms work, Plum will only save for you when it knows you've got the money to hand. If, for whatever reason, you don't have enough in your account – Plum automatically refuses to act until necessary.

With the ability to withdraw and make separate deposits at any time, Plum acts as the middleman between ourselves and our banks. And, if we're happy to give Plum the power to save for us, we can simply leave it to do its thing and come back to check our savings every once in a while. 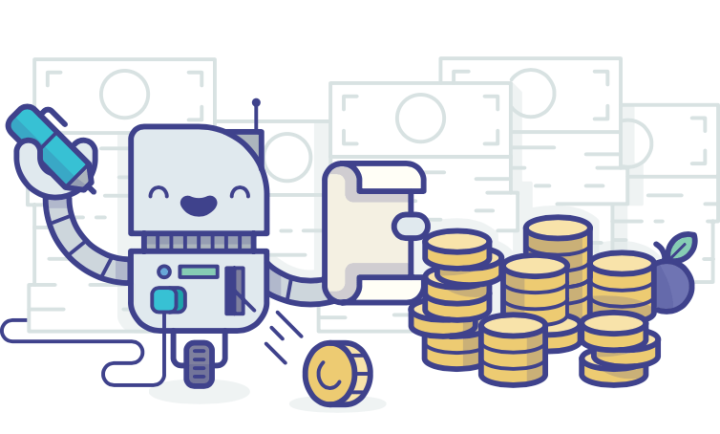 Take grocery shopping, for example. Say you've spent £8.22 and have far more to spare and not a few pennies left behind. Plum will do the maths and set an appropriate amount aside and let you know when it's left your bank account. It could be £1.78 to round it up to the £10 mark. Or, depending on your funds, it could be slightly more or nothing at all.

It's very rare you notice the changes in your bank account with Plum. It's something you can have enabled in the background while the bots do the job for you. And, when that rainy day does finally fall, Plum might just be the saving grace needed to pull you out of the cloud after all.

Plum calculates your earnings and spending's and stashes away every three days on the dot. It'll even drop you a quick message to inform you of its actions. And, if for whatever reason we don't like what the AI has in mind, we can simply disable it at the tap of a button. Or, more technically, we can alter the AI's mood, which allows users to force the bot to either save more or save less. 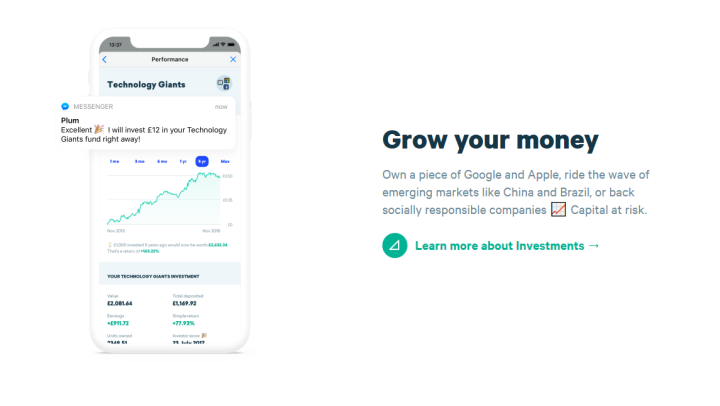 A nice addition to Plum is the option to invest in companies as well as save for your own account. This is a feature that offers both newcomers and seasoned investors the ability to gain useful insider knowledge into the market before making the bid. Plus, with the AI acting as the middleman between the stock market and your device, you will always be in the know when something changes.

Growing your funds has never been more simple. It's a basic way of investing in the future and not having to slug through the footwork to get there. Sure, it might not be everybody's cup of tea, but it is a useful perk to have with the Plum app plugged into your device. 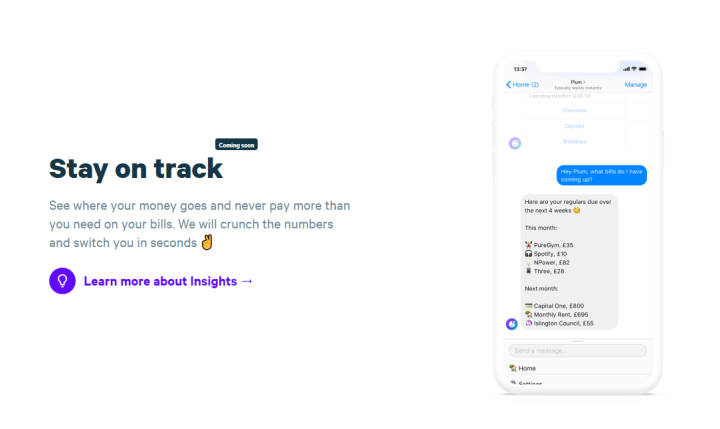 Plum even has a convenient way of informing you of your spending habits. Whether it being on groceries, video games, gyms or premium apps; Plum tells you your outgoings and gives you the advice needed in order to start saving the spare coins.

In essence, Plum is the pocket-sized version of an accountant. Only, it's free, and it never forces you to cash away your entire pay check each month. It's simply a robot in a device that does that hard work for you and saves for your future. That's really all it is.

There are plenty more in-depth details that you're more than welcome to have a browse over via the Plum website. Or, you can download the plug-in right now over at the App Store and Google Play and start saving today.

Plum is definitely worth looking at. That, I can promise you.

personal finance
Jord Tury
Read next: How Weed Stocks Are Getting Millennials to Invest
Jord Tury