by Jacob Wolinsky about a year ago in stocks 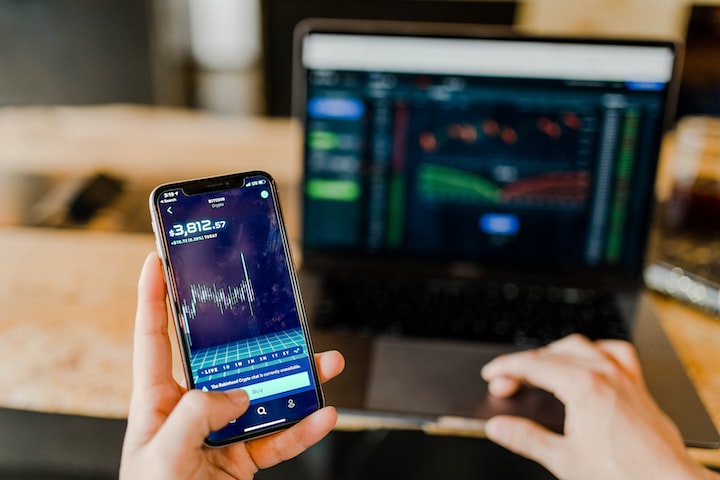 When Tesla stock hit $1,400 a share this week, analysts began to rapidly update their predictions. The shares fell back below $1,400 on Wednesday, but they’re holding on to $1,300, which many analysts find astonishing.

In a note this week, Morgan Stanley analyst Adam Jonas maintained his Underweight rating and $740 prediction for Tesla stock. He said hope is driving the shares, but what investors are hoping for based on where the current stock price stands looks like a long shot.

Jonas noted that the power of hope has changed the world and that "the power of hope, the formation of capital and the movement of share prices have long co-existed in a symbiotic relationship." In Tesla's case, he believes that in addition to the company's proven leadership in electric vehicles and sustainable transportation, investor hope has been driving its stock price higher.

He described Tesla's higher stock price as a "stimulus for investors" to come up with predictions that can justify it. As the market communicates and considers these predictions and scenarios, even more hope or a validation of the hope that already exists drives Tesla stock even higher.

He explained that his discussions with investors and other stakeholders have indicated to him that the "engine of hope" has been a contributing factor behind the increase in Tesla's stock price, "further expanding the collective investor imagination of what is possible."

From "controversial" to "cash flow powerhouse"?

He added that he isn't suggesting that Tesla is the first of its kind in recent market history. His colleagues who cover tech stocks offered other high-profile examples of "several tera-cap tech platforms" that eventually "moved from being 'controversial' cash burning names to cash flow powerhouses in the portfolio."

The Morgan Stanley analyst remains Underweight in his Tesla stock prediction because at $1,400 a share, he believes that the company is a story of where the possible meets the "reality-check of the probable." He said the story is also where the premium of Tesla's innovation meets the "certainty of status quo" from others.

Jonas' bull case prediction for Tesla stock is $2,070, which leaves plenty of room for upside even from $1,300 or $1,400 a share. However, he remains Underweight as his base case on the stock due to several risks.

He highlighted China as a key risk. The company's second-quarter delivery numbers provided more evidence of how he believes its growth and profitability are underpinned by the ability to freely sell vehicles in China. He is concerned about the sustainability of Tesla's business model in the long term and believes investors should apply a discount to the company's growth and profit in China.

He also highlighted competition from big tech companies. He said investors aren't very concerned about competing EV offerings from legacy automakers, but that isn't where he believes the biggest threat comes from.

He has been following Amazon's progress in building its captive transportation network, which he believes could end up being a formidable competitor for Tesla in many markets. He advises investors to prepare for similar moves from Alphabet and Waymo, Apple and other big tech firms.

Jonas also noted that expectations for Tesla are extremely high. At $1,400 a share, he estimates Tesla's stock price was discounting a 2030 volume of about 5 million vehicles, which is more than 10 times the volume the automaker appears on track to do this year.

He estimates that the earnings power implied in the current market capitalization suggests group EBITDA margins of 20% or higher. He doesn't think that these numbers are impossible, but they are a significant jump from what the company has been doing so far. These numbers also imply commercial success in a global EV market that's at less than 2% penetration today.

The analyst also advised investors to be cautious about Tesla's path to commercialization in autonomous vehicle technology. He does see significant long-term potential for the technology, but he is cautious on adoption rates in the next 10 years.

He expects self-driving vehicles to represent less than 0.3% of global miles traveled by 2030. He remains concerned about the moral, ethical, legal, regulatory and technological barriers that must be overcome. He warned that the market seems to be ignoring these barriers. He believes Tesla may disappoint because the total addressable market for autonomous vehicles will be lower than what investors expect.

Based on Tesla's high stock price, Jonas also believes the risk/ reward is better in other parts of the electric vehicle value chain. If Tesla does execute on the volumes embedded in its $250 billion valuation, he expects other verticals of the value chain to benefit, like battery suppliers, semis, capital goods, tech hardware and specialty chemicals.

Tesla stock is in the red at the time of this writing after falling below $1,400 a share again.