How Important is the Colour of Your Car?

by Malky McEwan 3 days ago in advice

It is worth more than you think 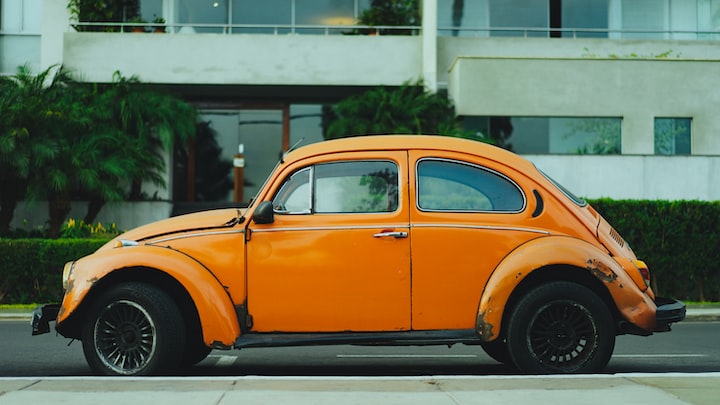 It was 3 o’clock in the morning.

My elderly father got out of his bed to see what they wanted — it was his car. A hit-and-run driver smashed into his Suzuki Swift and left it for scrap. A ten-year-old car with only 18,000 miles to its name. He thought it would outlast him.

Some guy driving under the influence, spotted by the police he shot off and they gave chase. He dodged down side streets, got lost, entered the cul-de-sac where my parents lived.

In his haste to do a 3-point turn, he crushed my dad's little car. It was a write-off. The insurance paid out a pittance. His car was worth more to him alive than dead.

The police caught the guy who ruined his car, but he wasn't insured. I could have throttled the little bastard for the anxiety he caused my mum, she was so upset. My dad was his usual stoical self.

"Well, I thought that car would outlast me, but hey, I'll just need to spend some of your inheritance."

"I don't care about that, Dad. You know that. I just know you would prefer do have kept your old car and you could do without the hassle of buying anew one."

I took him around car showrooms. A stressful time for an octogenarian. But we couldn’t help but chuckle at the sales patter.

“It has a camera in the rear for reversing.”

“Son,” , “I learned to drive when I was fifteen, I’m 86 and I’ve been looking over my shoulder all that time — you aren’t going to change the way I reverse now.”

“It has a DAB radio with integrated Bluetooth, four speakers and steering wheel-mounted controls.”

“I’ve been driving for over seventy years, and never once have I switched a radio on in the car.

“It has parking sensors.”

The salesman looked confused. I explained:

“Dad parks his car in his garage. He has a paintbrush hanging from a piece of string tied to the rafters. When the brush touches the windscreen, he knows he has to stop. He doesn’t need parking sensors.”

“Do they come as automatics?” asked my dad.

“We only have two automatics, a white one or a black.”

“Is there any difference in price?” asked my dad.

Just forget about it

My mum has mild cognitive impairment, the first signs of dementia. Her memory isn’t great. As my dad signed the cheque, he winked at me, “She’ll get used to it,” he said, and drove the white one home.

He’s had the car for two weeks

“Do you wish you had chosen the black one, Dad?”

From this, I learned that the colour of your car is important — but not as important as £500.

Writing that makes you feel you are standing in a bull ring naked. And when it's over, we'll walk out best friends with the bull.

Receive stories by Malky McEwan in your feed
Malky McEwan
Read next: Is Diversification the way forward?