How Bad Will The Next Recession be?

by Arsalan Haroon 2 months ago in economy
Report Story

As sure as the spring will follow the winter, prosperity and economic growth will follow recession — Bo Bennett 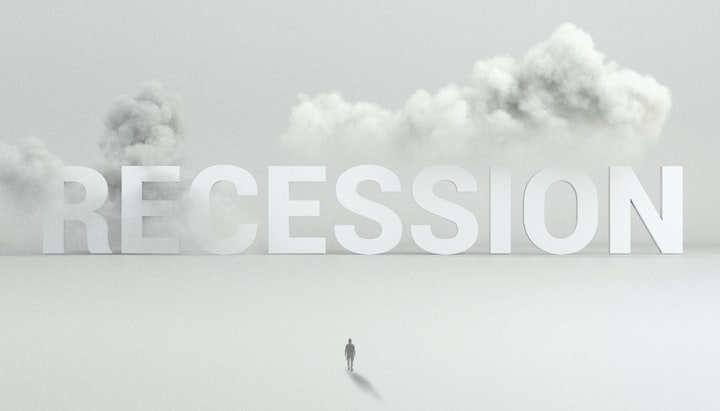 Photo by D koi on Unsplash

High inflation and rising interest rates with the rise in food and energy prices caused many people to believe that may be a recession coming in 2022 or next year.

Russia’s war in Ukraine had soured the price of wheat and oil to sky high. Although, it is coming down gradually.

But the rising oil and wheat prices increased the cost of production in many sectors of the economy. Firms started passing on these higher prices to consumers to remain profitable.

Another reason for high inflation is central banks losing monetary policy to keep interest rates low to expand their economy.

Today, central banks are raising interest rates because of sky-high inflation. It sparks fears in the global financial market that central banks hiking rates could take the global economy into a recession.

US inflation hit a 40-year high of 9.1 percent in June 2022. FED is committed to raising Interest rates to calm down inflation even if the economy falls into a recession in the short term.

But the question is if that recession will be as severe as the 2008 financial crisis, which brings down the whole global economy.

Before we talk about how severe the recession in 2022 would be, first, we must define what recession even means because people throw this word without knowing the real meaning.

Some people think the recession means a big decline in the financial market or high unemployment.

The official recognized definition of a recession is two quarters of negative real GDP growth. In the US, The first quarter of GDP in 2022 was negative. So it means if another quarter of GDP shows a decline in real GDP, Then we will officially be in a recession.

Although, the National Bureau of Economic Research (NBER), which officially declares recession, says that two consecutive quarters of negative real GDP are not how it defined recession anymore.

The NBER defined recession as a significant decline in e economic activity spread across the economy, lasting more than a few months, normally visible in declining real GDP, employment, and industrial production.

The chances of recession are getting high by FED's aggressive rate hikes to calm down inflation.

So if a recession does come, Then how severe would it be?

The great depression of the 1930s was also caused by excess debt because people were taking loans to buy stocks expecting that stocks only go up.

But we now know that both of these credit-triggered recessions were the most severe in our financial history.

Inflation-triggered recessions are the results of excess liquidity and high inflation.

Excess liquidity and high inflation are most likely to cause a recession today. The extreme level of covid-related expansionary fiscal and monetary policy by the government has pumped money into households, and financial markets are contributing to high inflation.

Although, the risk of a recession is likely to increase. But even if the recession comes.

Most people fear that aggressive rate hikes by the Fed and other central banks could cause a recession.

More stories from Arsalan Haroon and writers in Trader and other communities.