How Delaware is Mentioned and Depicted in Business Films and Shows, Ranked 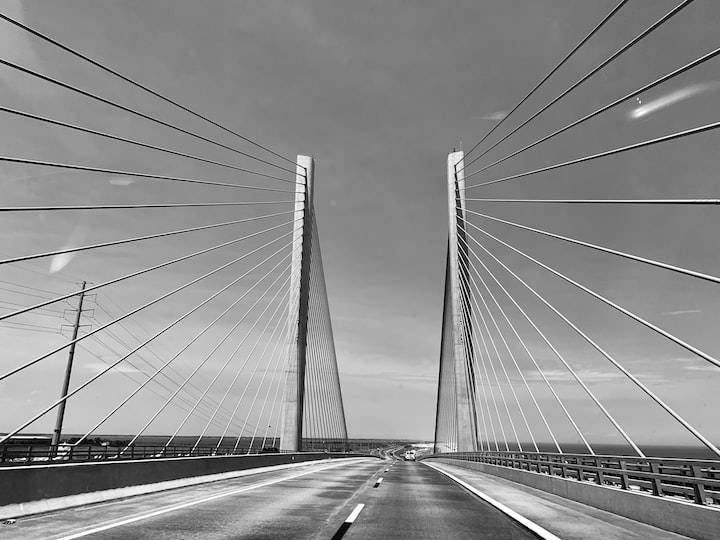 Photo by Alex Korolkoff on Unsplash

Delaware is not often mentioned in TV and movies, much less seen. How can the First State, a bastion for business, education, and beach getaways be so underrepresented in most theater, literature, film, and television? The most famous exception would probably be Fight Club (1999).

It is at least good to know that some screenwriters took the time to at least mention the state and its excellence in business. While over half of the Fortune 500 companies are listed in one of the few tax-free shopping states, they sometimes literally own a mailbox in Wilmington. Here are the top four instances where Delaware gets a nod on screens large and small.

This is probably one of the shortest references to Delaware on the screen with the line delivered by Leslie Lyles as the receptionist, Natalie: “Mr. Sugarman and Lorenzo from Delaware....”

While this is a quick acknowledgement in a mixed to good film about business, it demonstrates how the tiny state is related to enterprises that reside in other states like New York. In what would seem like a throw away line is part of the transition of protagonist Bud Fox (Charlie Sheen) feeling he just failed miserably with his encounter with Gordon Gekko (Michael Douglas).

Here is another short recognition of the Small Wonder state: “We’re going to file as a corporation in Delaware.”

In this brilliant business cautionary tale, Mark Zuckerberg (Jesse Eisenberg) listens to Maurice (Scott Lawrence) after famous venture capitalist Peter Thiel (Wallace Langham) introduces him to discuss “corporate restructuring.” Here, although short, this gives some light to the corporation-friendly ideals which emanate from the state. With all of the hoopla about moving to California, the fact that Facebook is technically a Delaware company like so many others gives one a chance to glean into the dually elegant and awkward dance of starting and running an enterprise.

The best movie about business and in particular corporate raids goes to this gem. Danny DeVito advances as a man who takes struggling companies and liquidates them to form more successful ones. His nickname in the film is actually “Larry the Liquidator.”

In this passage, attorney Kate Sullivan (Penelope Ann Miller) agrees to attempt to block Larry’s hostile takeover. This is the most times (to my knowledge) in a film (to date) that Delaware is actually mentioned. CEO of the company and president Jorgy (Gregory Peck) and Coles (Dean Jones), respectively, look to keep the corporation afloat amidst a financial decline.

KATE: For openers, I recommend changing your state of incorporation from Rhode Island to Delaware.”

JORGY: By running away to Delaware?

This almost perfect depiction of the goodness of greed and making money shows how the second smallest state in the Union is considered for its Chancery Courts. Such courts provide both accommodating resources to litigate disputes with a judge and no jury. In Money this is exemplified with the idea that Kate puts forth and describes how Delaware would be a better fit on paper for New England Wire & Cable Co.

On the small screen, this show reigns supreme with its wicked humor, whip smart takes on making money, and the oily villains the audience must decide which is which and who is who. Though the co-creator, showrunner, and executive producer Brian Koppelman may wince at the sound of Ayn Rand and her philosophy of Objectivism, ironically, he and his band of merry money-makers dream up scripts with intrigue to just about rival the multiple intricate plots of Atlas Shrugged (1957) or The Fountainhead (1943).

Still, this show has the most phenomenal representation of Delaware as the characters actually visit the state. Now, of course the scenes were not shot on location but in one made up to look like Wilmington, Delaware. Congratulations to the series creators for arranging for Chuck Roades (Paul Giamatti) and Kate Sacker (Condola Rashad) to take a trip to the Corporate Capital of the World. Bobby “Axe” Axelrod (Damian Lewis) with his right hand man Mike “Wags” Wagner (David Costabile) even invite fictional attorney general of Delaware Drew Moody (Michael Cerveris) to the offices of Axe Capital.

The wheeling and dealing that goes on in this series as well as the movies still may enlighten audiences about the allure of the business side of the Diamond State.

More stories from Skyler Saunders and writers in Trader and other communities.