Why We Need A General Election!

by Nicholas Bishop about a month ago in controversies
Report Story

Not Another Unelected Tory Dictator! 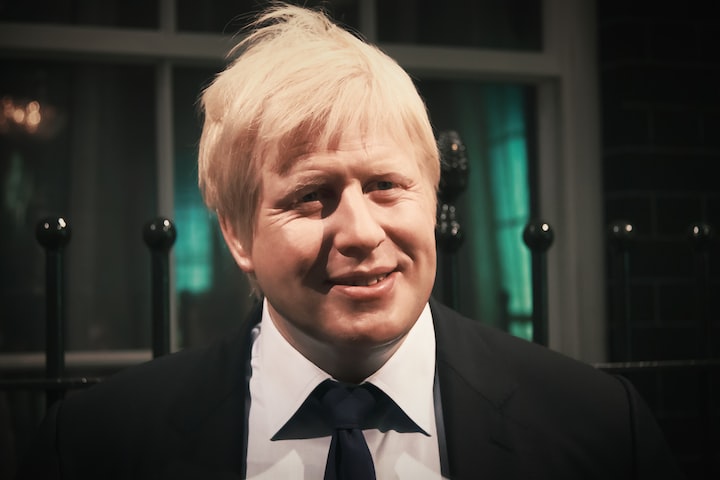 Photo by Mathew Browne on Unsplash

Colleagues like Nadim Zahawi and others have persuaded Boris to step down. Boris resisted to the end but it seems he has seen the light and resigned as Prime Minister.

Boris will, unless something else transpires, stay as Prime Minister until a new Prime Minister is chosen. The runners and riders to replace him now have the chance to set out their stall to replace him. Acting Chancellor, Nadim Zahawi, Liz Truss, Rishi Sunak, Sajid Javid, Lord Frost, Tom Tugendhat, Suella Braverman, Jeremy Hunt, and Penny Mordaunt, are just some of the names who could stand.

Mr Johnson came out to the lectern and gave a leaving speech. There were no apologies in his speech and he listed, as far as he is concerned, his achievements. Boris has appointed an acting cabinet until a new leader emerges. Boris is likely to stay on as Prime Minister until Autumn.

Sir Keir Starmer does not want Johnson in the job a minute longer. Sir Keir said Labour would call for a vote of no confidence if Johnson stayed on as Prime Minister. In as much as many want Johnson gone let us hope Boris going is good for Labour and the Lib-Dems. When someone becomes the leader and hits the ground running this could spell trouble for the opposition. Whoever becomes the leader he/she could deliver what people want from this government. This could see the Tories' popularity soar in the polls. That said, people as a whole could be well and truly sick of this administration and want change.

Former Prime Minister John Major thinks Boris should not stay on either. In a conversation with Graham Brady Chairman of the 1922 Committee Mr Major told him Boris needs to go.

Boris's achievements if you can call them that are leaving the EU and the Covid vaccine roll-out. Those were the times perhaps when Boris had his honeymoon period with the British public. Since then with all the shenanigans that Boris has been involved with the rot set in. However, all those MPs that resigned from the cabinet like Sunak are hypocrites. They were part of the cabinet and engaged in all the lies, cover-ups, and sleaze along with Johnson. To act as saints now as if they are untarnished and holier than thou can be seen for the falseness it is.

Once the new Prime Minister is in place we will have had four useless Prime Ministers in a row. Never in history perhaps has there ever been anything like this. Usually, in the time of an administration, you get one or perhaps two Prime Ministers. In the 12/13 years of this government, we have had 4 Prime Ministers which surely must be a record. Some of these leaders were elected internally by the Tory party like May who replaced David Cameron. Or Boris himself, elected internally to replace the hapless Theresa May. Once again, we are faced with the prospect of an internal Tory vote to replace Johnson.

The electorate will not get a vote on this unless you happen to be a Tory member. The rest of the population will lose out and get someone they didn't vote for. This is why there should be a general election called as soon as the new Prime Minister is in place. If the Tories win they can carry on with their policies knowing they have the backing of some of the people. If not there will be a new Labour government with Sir Keir becoming Prime Minister. That said, Sir Keir and Angela Rayner may step down if Durham Police fine them for breaking lockdown rules. That would mean a new Conservative leader and new Labour leadership.