Why is everything a -gate?

by Rory Hoffman about a month ago in opinion

The Watergate Scandal set the bar for political scandals, but it's time for better names. 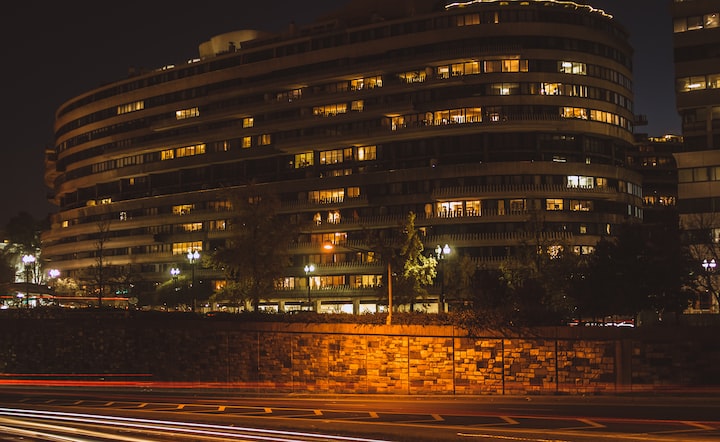 Photo by Edgar Nunley on Unsplash

Watergate was a political scandal in the United States that occurred in 1972 that resulted in the eventual resignation of President Richard Nixon. It was called "Watergate" because the Watergate hotel was where employees of the Nixon campaign broke in, to attempt to steal information about the Democratic Party's plans during the election. Those employees failed, were arrested, and were eventually traced back to the Nixon campaign. It was referred to as the Watergate Scandal because it had originated at the Watergate hotel, and resulted in the resignation of a president.

Now everything is a -gate.

That's not even an exaggeration. Here's a list of every "scandal" that ends with a -gate suffix, and you may notice that it contains not only every political, sports, academic, and entertainment based scandal you've ever heard of, it also contains all the scandals that you haven't heard of. To name a few of my favourites and provide some much needed counter titles:

-Plamegate: The name of a covert CIA agent, Valerie Plame, was leaked while she was undercover. Counter title: CIA Plame's Out

-Railgate: Corrupt idiots from my home province peddle information that results in the sale of BC Rail to Canadian National Railways. Counter Title: BC gets Railed (as usual)

-Swinggate: This one seems like it happened exclusively for comedy purposes, when an Irish politician fell off of a swingset while drinking and then sued the hotel that owned the swingset. Almost seems like it would work right? Except to make a proper gate-related pun they should have called it "Swinginggate" but they didn't, so now I get to retitle it. Counter title: Swing and a miss, too drunk or not drunk enough?

But there is a reason for this horrible mangling of not only the English language but the cultural fervor surrounding scandal. While scrolling through the list of -gates I couldn't help but notice that the vast majority of them have been titled thusly in the last ten to twenty years, despite the original Watergate scandal happening almost fifty years ago. The reasons for this are twofold.

To stay relevant mainstream news outlets rely more and more on soundbites and titles, something that any idiot living in his parents' house can snatch up and repost across various platforms without reading through the whole article. This is not another criticism of social media. It's another criticism of journalists.

The nature of journalism is that the interesting, important information comes first. You're not supposed to bury the lead. How many times have you read through a whole newspaper article and then thought, "wow, thank goodness I read all the way to the end, that's where I found all of the information I was looking for." Probably never. The title tells you the subject of the article, the first paragraph tells you the who, what, when, where and how. The next paragraph tells you the why, if that's discovered. The rest of the article is scene and additional context, as well as accounts from people involved. And if it was the other way around? Everyone would read news articles back to front.

But now journalists feel threatened. Someone slaps a six second video on Reddit and garners more public attention than the whole newspaper did last month, because the format allows for video sharing and commenting. There's immediate discourse and opinion, for good or for ill. Journalists can't do that, at least not in the formats allowed for by the stupidly large corporations that own their JSchool debt. But you know what journalists can do? Name things.

What's the biggest political scandal you can think of? Uh oh, looks like I've already successfully framed this so that you immediately thought of Watergate. But even if you weren't basically prompted to do so Watergate would probably be high on the list for one reason.

Think of any political scandal involving the most powerful person in the world at the time who's also a foreign policy hawk and one of the most belligerent politicians to ever win office. Did that scandal make them resign?

Exactly, which brings me back to: Watergate was a big deal.

So by attaching the infamous -gate suffix to something, a journalist can make us think two immediate, tangible things. "This is a scandal," and "this is a big deal". Here's the trick though, it doesn't matter if either of those thoughts end up being true. Simply by using the suffix the journalist has won. Now of course the problem is everyone is a journalist what with social media, and so anyone can claim something is a -gate and garner undeserved attention.

But there is a solution: don't pay attention to -gates.

If a musician titled their album "Album" and their songs "Song 1", "Song 2", it would be pretty funny. Novel, if you will. But then the second musician does the same thing and it's stale, as it should be. Let the -gate suffix get stale like it should. Will you miss some scandals in the meantime? Maybe. But probably not since anything qualifies for the ill-fated suffix now.

Here I'll make one up: Treegate. Little known Canadian writer takes bold stance against all trees in a scandal that's rocking literally nobody's world. People are calling it "Treegate" and by people, I mean me. Find out more at eight. Just kidding, "Treegate" is already taken.

If someone asks you how you haven't heard of Strippergate 1 or Strippergate 2 you can tell them you assumed that it was something meaningless like all the other -gates. In fact, I encourage you to send an email to your local journalists informing them why you didn't read their latest article on the recent scandal. I'll even write it out for you.

I just wanted to let you know I did not read the article titled "Everything you need to know about [INSERT SCANDAL HERE]gate" because I assumed it was unimportant. I assumed this because for the last 20 years the -gate suffix has been so overused it has come to mean the opposite of how you intended it. Hopefully you make better, more interesting title choices in the future.

And then maybe, just maybe, we can let the -gate suffix die.

Rory is a freelance writer and editor from Vancouver, Canada. He graduated with a degree in Political Science and Creative Writing from the University of British Columbia. Adores the fantasy genre and any story that gives that vibe.

See all posts by Rory Hoffman →