Why have only two Catholics served as President?

by Ashley Herzog 10 months ago in history

Catholics are the biggest religious group in the United States, but only two have been elected President. Why? 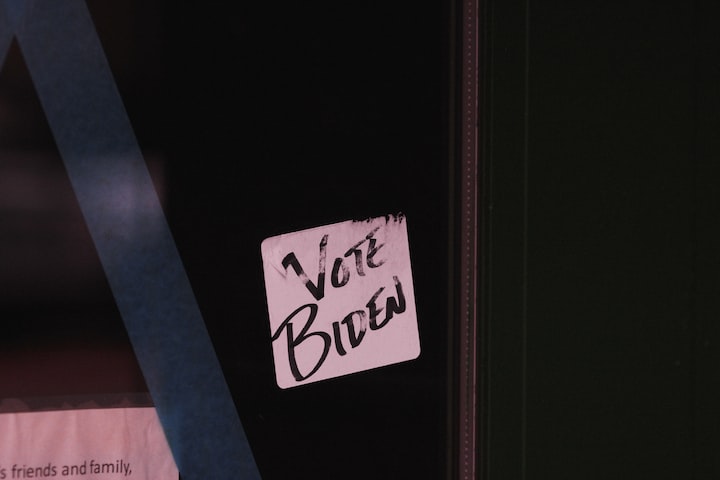 When Joe Biden took office in January, he became the 46th president of the United States, but only the second Catholic in U.S. history to hold the position. (John F. Kennedy, elected in 1960, was the first.) This is despite the fact that the Catholic Church is the largest religious body in the country. America is home to more than 70 million Catholics, nearly a quarter of the population. So why have only two Catholics ever been elected Commander-in-Chief?

The history of Catholics in American politics is turbulent and rife with discrimination. Well into the 20th century, the Protestant “Good Old Boys Club” that controlled both major parties warned against electing so-called Papists. Practicing Catholics were rumored to be secret agents of the Pope, determined to impose Catholic doctrine on America.

The bias against Catholics goes all the way back to the nation’s founding. Of the 56 men who signed the Declaration of Independence, only one, Charles Carroll of Maryland, was Catholic. Carroll, whose cousin John Carroll served as the first Catholic bishop in the United States, risked his huge family fortune by defying the English king and signing the Declaration. Carroll’s patriotism led the other Founding Fathers to grudgingly accept that one could be a loyal Catholic and a loyal American.

“Prior to the Revolution, all Catholics were viewed as potential traitors, and Catholic France was seen as a mortal enemy,” Scott McDermott of Vanderbilt University Divinity Schoolsays. “A French alliance was unthinkable to the colonial mind.Suddenly, in 1775, John Adams was describing Carroll as ‘a Roman Catholic, but an ardent patriot.’”

The Catholic population of the United States was only five percent until 1850. But a tidal wave of Catholic immigration in the 19th century brought millions of new Catholic voters from every corner of Europe. It also incited anti-Catholic backlash among nativists who questioned the newcomers’ loyalty. Both political parties saw the Catholic vote as a threat. Representative Rev. Samuel D. Burchard, a Democrat, said, "We don't propose to leave our party and identify ourselves with those whose antecedents have been rum, Romanism, and rebellion." Anti-Catholic mobs burned convents and attacked newly arrived Irish Catholic immigrants, accusing them of importing crime, gangs, and public drunkenness.

In response, Catholics formed close-knit political alliances, leading to the rise of so-called “machine politics.” In New York City, Irish Catholic leaders from Tammany Hall successfully petitioned the government to fund Catholic schools. In response, nativist newspapers published cartoons depicting bishops as crocodiles attacking Protestant schoolchildren. Another famous cartoon portrayed Catholic voters from Ireland, Germany, and Italy as “wolves in sheep’s clothing.” In the cartoon, Uncle Sam turns his back to these subversive voters, saying, “Why should I let these freaks cast whole ballots when they are only half Americans?”

Despite the backlash, by the 1920s the Catholic population had exploded to 17 percent. The growth of the Catholic Church in America coincided with the rise of another political force: the Ku Klux Klan, which was ardently anti-Catholic. Most Americans are familiar with the Klan’s practice of burning crosses to intimidate African-Americans. The truth is that they did it to Catholics, too. When the Church of the Little Flower opened in Royal Oak, Michigan, in 1925, the Klan burned a cross on the church’s lawn.

“The argument was, when push came to shove, a president who was Roman Catholic would ultimately be more loyal to the Vatican,” Shaun Casey, director of the Berkley Center for Religion, Peace and World Affairs at Georgetown University, said. “If Kennedy was elected president, he’d criminalize birth control, he’d cut off foreign aid that helped countries invest in birth control, and he’d funnel tax money to Catholic parochial schools.”

Of course, none of that happened. Kennedy’s presidency helped alleviate the prejudice that had kept Catholics out of national office for two centuries.

Today, the Catholic share of voters is growing. Membership in mainline Protestant churches has declined dramatically, and the number of Americans who say they are non-believers increased from 15 percent in 2007 to more than 25 percent in 2019. But the Catholic population is expected to grow, thanks to immigration from largely Catholic Latin America.

However, Catholics are not a monolithic group. In 2018, the Pew Research Center noted that U.S. Catholics are racially, geographically, and politically diverse.

“The Catholic Church is larger than any other single religious institution in the United States, with over 17,000 parishes that serve a large and diverse population,” Pew reported. “Compared with some other religious groups, Catholics are fairly evenly dispersed throughout the country…Politically, Catholic registered voters are evenly split between those who identify with or lean toward the Democratic Party (47%) and those who favor the GOP (46%).”

Given this diversity, there’s little agreement on the “right” way to vote as a Catholic. But as the second Catholic president begins his term, one thing is certain: Catholic influence on America’s culture and politics isn’t going away, and in fact will probably get stronger.

If you like my work, feel free to tip your writer.