What Would I Say To Our Country? We Must Do Better!

by Jason Ray Morton 8 months ago in opinion

What Should America's Newest Mission Be? 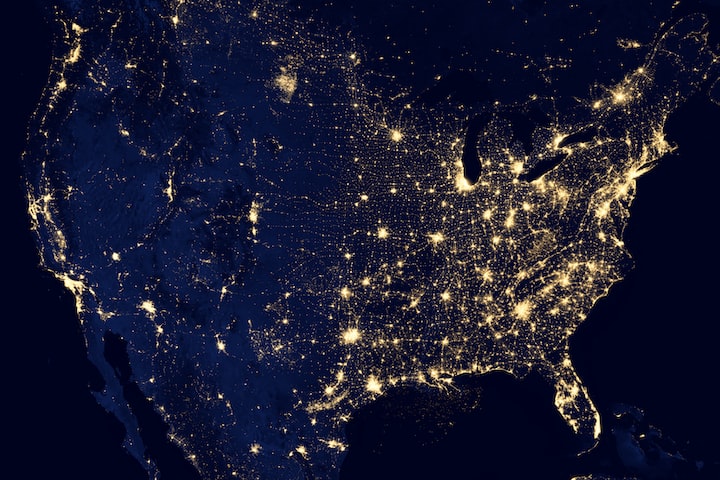 America, it's time to do three things. Redesign, Rebuild, Reclaim!

The words can mean many things. They are by themselves verbs, or transitive verbs if you wanted to get technical. They’re also when put together, a mission statement for anyone that has suffered a failure, a loss, or fallen on hard times. Let’s face facts. In today’s world, we now need more strength than at any time in recent history. We’re all going to suffer from the rapidly changing universe we live in and our lives will inevitably be affected by the sudden change in both our immediate world, our communities, our country, and unfortunately, I do believe our planet.

This past year has taught us much. We’ve learned that not all of the people in the world are reasonable, or for that matter, can be reasoned with. Our politicians on one side of the aisle chastise their opposition and then, as soon as they think we aren’t looking, do the exact same thing they accuse others of but with no consequences. Our world leaders, those men, and women that are overseeing the future of all mankind, squabble and bicker like little school children. It’s no longer acceptable in the great United States to openly be a Christian because it may offend a Muslim. Our President says that constitutionally protected rights are not absolute and in the past thirty days, we’ve seen over forty-five mass casualty shooting events unfold. From top to bottom, our world is upside down.

The pandemic of 2019 sent shock waves through our existences like nothing we have ever seen before. Economies crumbled as governments told people to stay home, stay put, and shelter in place. Businesses closed their doors, some never to reopen again, and others inevitably still to struggle for some time to come. Large chain stores that were the hallmark of American consumerism failed. Mom and pop stores failed. Nobody, other than the big box stores like Walmart, seemed to be immune to the ravaging effects of a virus that killed millions and infected millions more.

We put on masks to protect ourselves while we awaited news of a vaccine thanks to rapid deregulation in the industry to help achieve one without years of research and testing. The scientific communities of the world banded together and worked to protect us all, while some focused solely on their own people. Shelves were emptied in the stores as profiteers tried to make money on price-gauged toilet paper and cleansers, only to find themselves with garages filled with goods that held question marks about the legality of their reselling them.

The continuing onslaught of violence took center stage in the world theater as a man in Minnesota died on television while a cop held his knee on the mans’ neck. Days, weeks, and months of outrage turned the streets of the once free United States, a place people flocked to as they tried escaping oppression and violence, into a nightmarish scene of chaos, anarchy, and sometimes, murder in the streets. It suddenly became acceptable to part of our nation for people to harass and intimidate, even assault, the elderly, women, children, and innocents. Let’s be clear about it, these weren’t retaliatory assaults. These were our citizens.

As what appeared to many as the earliest days of an impending civil war overtook our news and our sensibilities we’ve all been faced with morality questions of right versus wrong. While living in fear of a pandemic, looters and rioters combed town to town to spread the fear and stoke the fires of the divide. Forces of division mixed within the ranks of genuinely concerned men, women, and children to turn nights deadly and an entire section of a metropolitan city were under siege for weeks.

Many years from now as they teach the history of the early part of the new roaring twenties and what’s become known as the summer of blood, will, unfortunately, be told by people that won’t understand how we got to the point we arrived at. As we sit on the edge of the summer of blood two, I think about the future of the country and all the things our grandchildren and our grandchildren’s children will have to endure because of our overwhelming failures as a society. The fear and the hatred that we have today will take generations to get past, and for what?

Hopefully, before it’s too late, we can start to actually come together as a people and do the work needed to leave behind something other than the mess we have now. It’s time to…

If you liked this piece leave a heart, if you really liked it, tips would be appreciated.