What I want you to know

by Hannah B 2 months ago in activism

As I continue fighting for the Black Lives Matter movement. 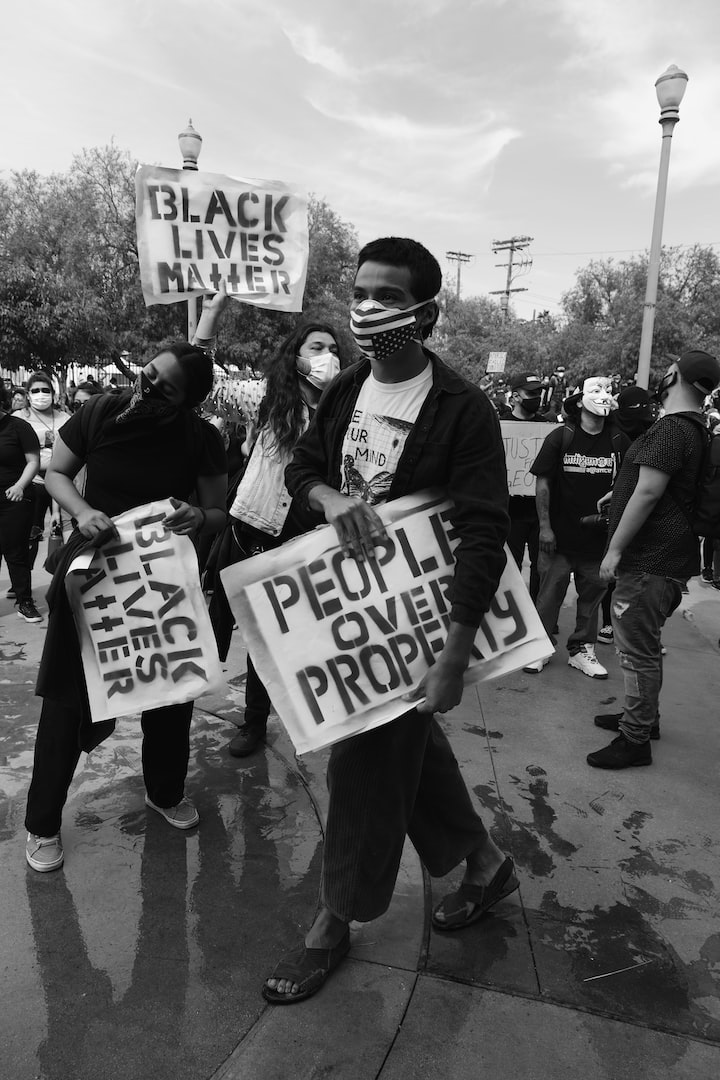 I want you to know I don't care if you "don't like to talk politics". I bet our Black brothers and sisters would love the opportunity and privilege to not have to care or not have to talk about politics either, but this is a matter of life or death for them. I'm pretty sure they don't "like" having to fill the streets in protest of not having basic human rights, either. I want you to know it's time to pull your head out of the sand and participate no matter how much you don't like it.

I want you to know that being an ally in this movement doesn't just mean being not racist, it means using your privilege to aid Black people in dismantling systemic racism without having to be the hero in this story. I want you to know that it's time to lift up our Black brothers and sisters and be okay with being in the background.

I want you to know that for every time in the past few weeks you've turned off your phone because you've needed a break from the sadness, the brutality, the uncertainty in your future, the videos of blood running over the concrete, the rubber bullets, the smoke, there are thousands upon thousands of Black people in that moment who wish that they too could turn this reality off and take a break. I want you to know it's our turn as white people to sit with that pain. I want you to know that I sit awake at night every night wondering how all of the battered and bloodied protesters I see in these videos are doing.

I want you to know that Black people tried peaceful protest and no one listened.

I want you to know that I am, of course, as a white person, not the expert on the Black experience, and I never will be, nor will any other non-Black person. I want you to know that even as allies we live in privilege, sitting here writing our posts and reposting the videos and infographics and links while Black people are busy literally fighting for their lives.

Help #BLM with No Money

I want you to know it's your duty and responsibility to do your own research from here.

I want you to know that Black Lives Matter. Period.

Currently working on a challenge for 2020 to complete a piece for every community on Vocal!

See all posts by Hannah B →