by Conor Matthews 2 months ago in opinion 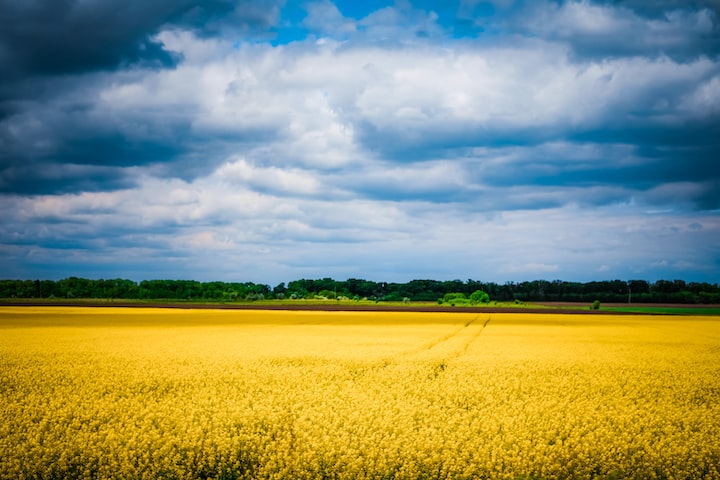 Photo by Olga Subach on Unsplash

When something like the Ukrainian Invasion happens (or Covid, or Trump, or anything really paradigm shifting happens), I’ve learnt I go quiet. I wait, I watch. I’ve learnt I’m the type of person who is suspicious when people who are normally apolitical suddenly have vocal opinions.

The response from everyday people outside of Ukraine has been heartwarming. Donations, cooperation, housing, transport, medicine; nothing has been spared to save potentially millions. But for the last seven days, I’ve kept quiet. Everyone around me was quick to have opinions, many pretty good ones too. I was even a little unnerved by my seeming indifference; did I not care, was I desensitised? No, the reality was I had never seen a response like this before, and that was what was unnerving me.

The solidarity and support for Ukraine is unprecedented, which is tragic when you consider how we turned our nose up to similar crisis’ in Syria, Iraq, Afghanistan, Hong Kong, and Mexico. We’ve had more than ample opportunities in the last twenty years to show the same level of compassion and humanity to those who were also being bombed, threatened, murdered, or worse.

Countries like Greece, Italy, France, and Austria were playing a game of Pass-The-Parcel with human lives, ignoring EU rules of Entry Country obligations to asylum seekers, yet now we’re clamouring over each other for the chance to house Ukrainians, stealing the limelight from their bordering neighbours.

A month ago Ukraine would have been lumped in with what is often summarised as “Eastern Europe”, with no such emphasise placed on Central or Western Europe, as though they’re a separate group of their own, yet now not only are they miraculously called part of Europe but they're having their application for EU membership fast tracked. Really shows we care when it took a war to call a country you’re equal. There’s been more military intervention shooting rafts full of refugees in the Mediterranean than there was safe guarding Ukraine.

Even the commercial world is getting in on the action, changing profiles and logos to blue and yellow, pulling out of Russia and banning them from their events. Disney filmed a simpering propaganda piece (Mulan, 2020) for the Chinese government miles from Uyghur concentration camps. Oil and gas from Syria and Iraq are finding their way into your cars and your homes. And Swift may have cut banking ties to Russia for the moment, but they seem awfully quiet on “donations” heading into known ISIS accounts. Oh, and FIFA banned Russia from the world cup in Qatar… the country already accused of using slave labour to build their stadiums and are notoriously homophobic.

wElL tHAt dOeSn’t MEaN ukRaINe IS beIng tReaTeD diFFeReNT bECaUse THeY aRe whItE! - You

Don’t take my word for it. Here’s exactly how the conflict is being framed in the media.

Now the unthinkable has happened to them. And this is not a developing third world nation. This is Europe! - ITV News

Now with the Russians marching in, it’s changed the calculus entirely. Tens of thousands of people have tried to flee the city. There will be many more. People are hiding out in bomb shelters. But this isn’t a place, with all due respect, you know, like Iraq or Afghanistan, that has seen conflict raging for decades. You know, this is a relatively civilised… uh… relatively European, I have to choose those words carefully too, city where you wouldn’t expect that or hope that it’s going to happen. - CBS News.

They seem so like us. That is what makes it so shocking. Ukraine is a European country. Its people watch Netflix and have Instagram accounts, vote in free elections and read uncensored newspapers. War is no longer something visited upon impoverished and remote populations. It can happen to anyone. - Sunday Telegraph.

This is Europe… Relatively Civilised, Relatively European… War is no longer something visited upon impoverished and remote populations. It all reads as though Europe is some untouchable, pure land devoid of savagery. The collective amnesia on displayed, as though both world wars, the Cold war, and The Troubles never happened, is almost inspiring.

Still not convinced? Check out the reports from non-national Ukrainian residents, many students from Africa, the Middle East, and Asia, are left stranded at the border to be slowly processed. According to some reports, for every ten Ukrainian citizens allowed through, only one non-citizen is. Strange how this urgent humanitarian crisis can pick and choose who is and isn’t a priority… as though they could tell just by looking.

Let me stress; in no way am I criticising nor dismissing the good work and amazing acts of kindness and humanity being shown in this horrific time for so many. I’m just refusing to see this as anything different from all the other times we’ve been called to help, and we responded with an indifferent no.