by Conor Matthews 2 months ago in opinion

Why Do We Keep Failing? 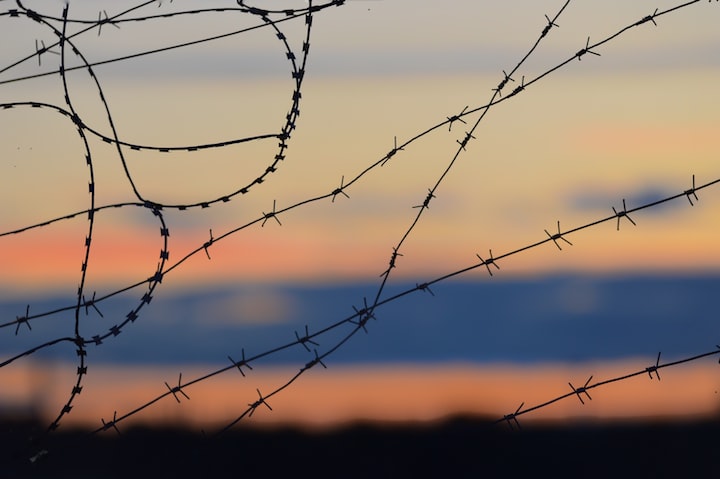 Photo by Антон Дмитриев on Unsplash

Statistically, you’re never more safe from a violent attack than you are right after a violent attack. The nuance that is often loss is this is only really true for those attacked. Survivors of a terrorist attack are safer, but hate-crimes skyrocket after these events, as though attacking someone is ever justifiable because they had the same skin colour or beliefs of the terrorists in question.

Muslims and Asians have been victims of horrific abuse in recent years, for the actions of people they’ve never met, let alone agree with. Even before Covid, Asians, especially for Chinese heritage, were treated with mistrust, as though they’re all double agents. All Covid did was have people try to justify their abuse and ignorance with a virus, something no one could control.

I, an Irishman, still occasionally get the odd IRA remark thrown my way, sparked largely by Brexit and the continual denial that my country has a right to its own destiny. I was eight when the Good Friday Agreement happened; I can only imagine what I would get if I was the age I am now before then.

And now, with the invasion of Ukraine, well-meaning acts of solidarity have been used to mask the same kind of knee-jerk reaction that ostracise and demonise whole groups of humanity, for nothing more than just where they were born or what language they speak. The narrative in the news and public discourse has conflated Russia with Russians, Oligarchs with Citizens, and War with Life.

Russia, the state, changed the lives of Ukrainians (and not for the first time), but the West has responded in kind indiscriminately. It’s good you’ve hit Oligarchs in their wallets, but these are deep wallets with deep connections. Do you really think they didn’t do the same as your oligarch, investing in Asia and Africa, off-shoring rainy-day funds, buying into crypto and NFTs? Does the average Russian have the same options, the same avenues to survive?

It seems to me there’s been an acceptance that it’s better to hit a few million Russians than to clamp down on the oligarchs and risk affecting our “entrepreneurs” (especially after record profits from the pandemic).

Even Facebook and Twitter are getting in on the action, relaxing their anti-hate speech policies to allow people to spout comments about Russians. Look, I understand, if your house has been toppled, of course you’re going to express a certain level of vitriol and some colourful words, but we’ve seen for years what this kind of discourse can do across the world. Ethnic minorities are killed in Asian because of Facebook. January 6th happened because of Facebook. People are dead from preventable illnesses because of Facebook. And they want to float the idea that it’s okay to be extra vocal about groups of people. How noble for a company that literally profits from outrage.

This isn’t anything new. Look at the first World War. German, not Spanish, was the second most spoken language in the United States. German culture was very prominent. This is why “Gesundheit”, Burgers, and Hotdogs are such staples of American culture; they were openly assimilated. Cue the Keizer, and suddenly German Americans vanished, becoming just good old Americans speaking American. The same thing happened with Japanese Americans and Chinese Americans. While it’s hard to say they ever were fully accepted, at least they were seen in a somewhat positive, even if only stereotypical, light. With the advent of WWII, American citizens were suddenly othered and rounded up into camps, expected to justify their own existence. And then, of course, since Mao, every Chinese American, no matter how many generations they’ve been American, were all reds under the bed.

What’s the justification? What is it always? War.

That doesn’t make it right.

It’s instinctual to either flee or respond to threats. What is not instinctive but rather discerned is how you identify threats. That’s on you. That’s not war, that’s not nature; that’s you.