The US is currently under four-pronged pressure in Afghanistan

by Shoaib Rahman about a year ago in controversies
Report Story

The United States cannot hold on to Afghanistan, nor can it leave 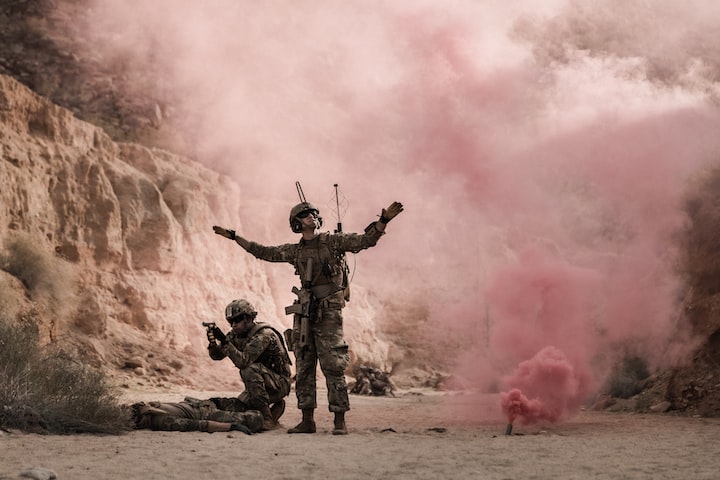 The US was to withdraw its troops from Afghanistan by April. But there are no signs of it. Instead, the US is delaying the withdrawal. U.S. troops will withdraw if the Taliban refrains from terrorism under the terms of a peace deal signed under President Donald Trump. Last month, US President Joe Biden expressed uncertainty over the withdrawal of troops. Biden's remarks raised doubts about the implementation of the peace deal.

The CIA fears that the Taliban will not only seize power after the withdrawal but that a resurgence of al-Qaeda, IS and Islamic State in Khorasan could spark a new civil war. The CIA has recommended a gradual withdrawal of troops without rushing like the Trump administration. The detainees will be discussed with the Taliban from time to time.

Both sides will continue to attack here and there with a break. The Taliban has announced that the situation will worsen if troops are not withdrawn following the agreement. So if the US administration accepts the CIA's advice, the troops will not return. Many are getting such hints in Biden's speech.

Each new attack on Afghanistan will give the United States a chance to procrastinate. Because the CIA has said that it fears the rise of Al-Qaeda or IS.

As a result, there is a kind of uncertainty about the future of the agreement. Both the United States and the Taliban have expressed fears that the situation could worsen. US envoy to peace talks Jalmei Khalilzad has proposed an interim government. He is working to have representatives from the Afghan government and the Taliban. But neither the government nor the Taliban accepted Khalilzad's offer.

However, even if the peace agreement is not implemented, there is little risk of a new war in Afghanistan. Because Russia has appeared on the scene amid uncertainty about the agreement. The United States, Russia, Pakistan, and Afghanistan met with Taliban representatives in Moscow last month. During the talks, Russian Foreign Minister Sergei Lavrov called for the participation of the international community in the reconstruction of Afghanistan. The international community is Russia, China, and Iran. No one else.

In terms of the situation, it seems that the United States is going to face Russia and Iran in Afghanistan after Syria. China has been associated with it. The consequences will probably be the same as in Syria. The United States cannot hold on to Afghanistan, nor can it leave. Whether the United States withdraws its troops or not, it will no longer be able to make decisions on Afghanistan alone. In 2001, the Taliban was alone. Now Russia, China, and Iran are supporting the Taliban. Russia and Iran's position on the Taliban, in particular, has changed significantly. The Taliban have long sought to involve Russia, Iran, and China in Afghanistan. Russia has been very active. China is also interested in working with the Taliban.

In addition to peace talks with Washington, the Taliban has sought to establish ties with Moscow, Beijing, and Tehran. In particular, the Taliban has sought to improve relations with Russia, China, and Iran after the United States announced the cancellation of peace talks. In this case, they are very successful. Taliban leaders have visited Moscow, Tehran, and Beijing more than once. Russia has even reportedly provided weapons to the Taliban to fight Islamic State in Khorasan. Although both sides have denied it.

Meanwhile, China is quietly building its position in Afghanistan. The Taliban has never attacked Chinese investment in Afghanistan. He did not even speak openly about the Chinese persecution of Uyghur Muslims.

Iran, too, is now more flexible about the Taliban, excluding Shia-Sunni accounts. The situation in Iran is similar to that in Russia. Iran considers the Taliban safer than the US presence at home.

In this situation, the United States is under pressure from Russia, Iran, and China. The United States had various accounts behind the Afghan war. One of the objectives was to establish its dominance in the regional politics of Central Asia. Russia and Iran in particular wanted to sit on their necks and breathe.

Shoaib Rahman is a British-Bengali author, entrepreneur, atheist activist, film director, & screenwriter. Rahman is the chief editor of Fadew. He is a correspondent for American Atheists. He made his directional debut with Thusment (2023)

More stories from Shoaib Rahman and writers in The Swamp and other communities.