The Rights of My Daughter

by Cynthia Paul 2 months ago in opinion
Report Story

What Overturning Roe V. Wade Means for Her Future 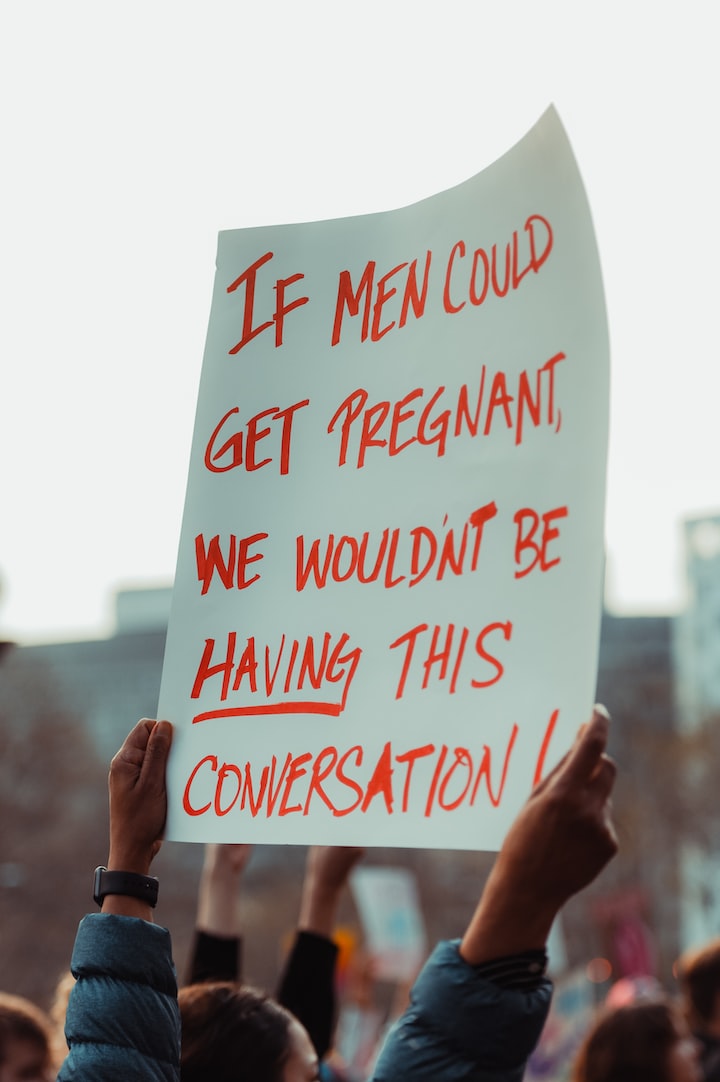 I live in Missouri where they signed a law making abortions illegal within moments of the decision of the Supreme Court to overturn Roe V. Wade. At first, I was thanking the heavens that I had a tubal ligation 13 years ago and that this isn't going to affect me fully. In thinking that, I wasn't seeing the bigger picture. I began watching videos of countless women angry that our right to choose was taken away. Again, I thought, "Well I don't have to choose anymore, I don't need to voice my opinion." As the day moved forward, I began to think more and more about the effects this is going to have on women. Women are going to seek illegal, backdoor abortions and potentially not survive someone who may or may not be a doctor. They might die on the table or later when they get home from a hemorrhage. What if they have a miscarriage? Some states are going to make it punishable by law to have a miscarriage. I had one, it was not in my control at all. I can't imagine looking at jail time over something that had already destroyed me. Women can't even purchase the Plan B pill to keep from getting pregnant or seek medical assistance to get an abortion pill if needed. What does this mean for women who have an ectopic pregnancy? Oh well, you're going to die but at least we gave the child a shot at life? I'm pissed. I am overwhelmed at the possible future my daughter and my step-daughter are going to have to face. What about the women who were raped and now are forced to have the child of a predator? I can't imagine. I don't want to imagine.

Here I am 40 years old, and thinking about what Roe V. Wade did for me. I had the opportunity if I chose it. I had the right to decide for me and who it may affect in the future. I never took that choice. Yes, I will admit I was pro-life for only me. If I was pregnant, I was going to raise that child. I used to tell people, "I am pro-life for me, but for everyone else, I'm pro-choice." I never made an official stance on it. Never fought for rights, and never wanted to help other women if they needed to get to a clinic. I know in my mind, that I would silently judge a woman who made the choice. I was wrong.

I was asked by my mother both times I was pregnant, "to take care of the problem". I couldn't imagine. I would never take the life of a child that I was blessed with. I felt like some people judged me for keeping my firstborn because I was a young mom and he was developmentally disabled. But no, he was mine and God gave him to me because he needed a strong mother to help him navigate this world. I never looked back. He was my baby through all the tough moments of Autism. After the fire he set that took our house, hitting and biting me and others... I still loved him regardless.

Would I take it back for all the trouble I didn't see in the future? No. But that was MY choice. My children were a gift to me but for some women, it would be world-ending to them. Having a child would change their life and possibly not for the better. Did I struggle? Yes. I was not ready to be put in charge for the next 18 years of his life to make sure he thrived. We lived below the poverty level and found ourselves homeless countless times. Other times, he would eat and I wouldn't because he destroyed all the food in the house because I didn't know what it meant to get up and make sure he didn't destroy things. Of course, I made mistakes as a mother but I made that choice.

Now, with my second child, my daughter, being 13 years old, she will never have that choice. Am I gonna be a grandma at a young age because my teen daughter made a mistake? I have no idea, but I have to think about her rights. Are they going to take away birth control at some point? I sure hope not, but we have to look at the very real possibility that's coming in the future.

So what do I do now? How do I tell my daughter that she will potentially have a child when she didn't want to, with no options? I began to think of other daughters. Think about other moms who are going through it right now because they have to worry about their daughter's right to choose.

Fiction sometimes comes true. Welcome to The Handmaid's Tale, I know I won't be a commander's wife. How about you? Will you be a Martha? Will you be a handmaid, forced to churn out babies? Will women lose all rights? Rights to read, rights to vote, or the rights to be educated? Will women become subservient? I hope this isn't our future but our government is sure to make it impossible to see any other future.

I am an aspiring writer and am also getting my master's degree in media design and marketing. Needless to say, I am living a pretty busy lifestyle.

More stories from Cynthia Paul and writers in The Swamp and other communities.