The Good, The Bad, The COVID

by Heather Wilkins 2 months ago in opinion

Learning from scratch how to live in this new world. 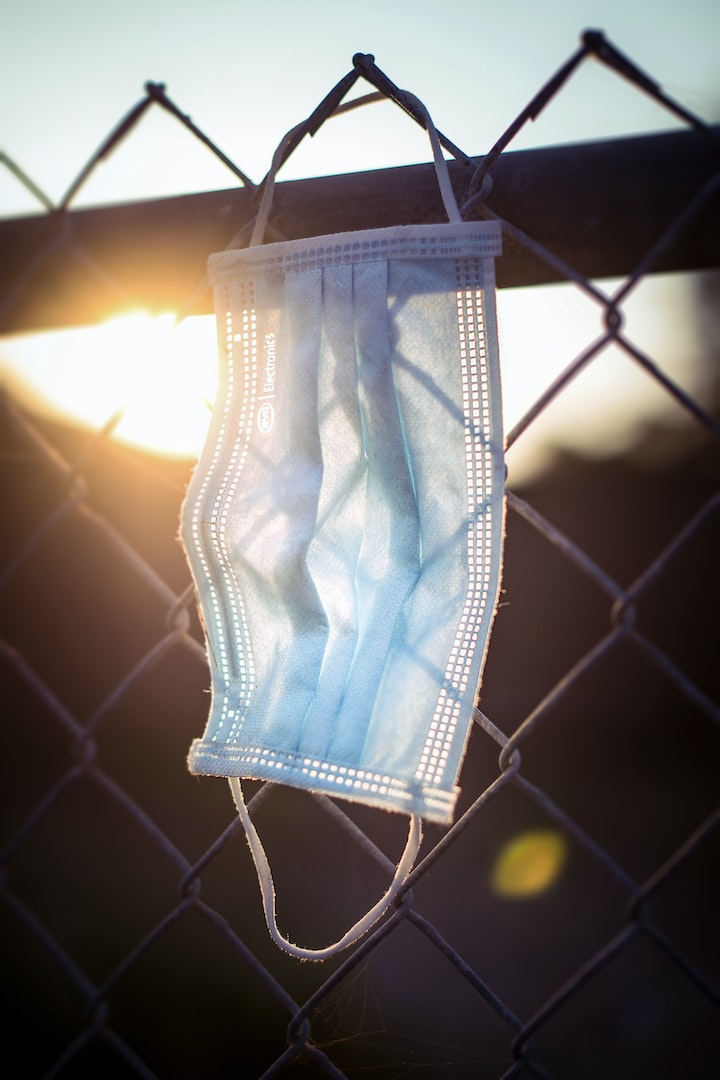 Just like Bob Dylan, the times are a-changing. We walked around with masks for nearly one year since the outbreak reached the United States soil. We didn't have fireworks on the fourth of July last year, but the 245th birthday of the United States certainly had some in other places. But yet the one thing that doesn't seem to go away is the lingering doubt of whether or not someone can still catch a disease that leaves major body organs under vulnerable attack regardless of mild or severe cases.

We all know that there are four major mRNA vaccines people are jabbing their arms with either for partial or complete immunity. It sounds similar to something of the colonial smallpox epidemic or sweating sickness epidemics that plagued Europe for centuries. People were trying to do anything and everything to avoid catching becoming one of the victims. Then again, people have been doing that for years, even long before our good old friend, The Black Death. But the problem with this virus is that it's not going away that even lockdowns are stopping it in its path. No matter how many times in quarantine we can get stuff done, we still have to find a way to keep ourselves occupied. Wearing our Hygenic counterparts: masks, and sanitizers, we often forget that while we do our part, it should be for our sakes that we look out for ourselves and not the people. We are an individual-based society that now has to work towards a more collective goal and social understanding. We have to ensure our entire population is vaccinated against a virus that keeps mutating, where we play the game of chance or roulette based on whether or not we have the vaccine or we don't at all. Once someone has the vaccine, partial or complete, there is a doubt whether or not you can get it again that you may not be so lucky.

We know for a long time that something is better than nothing. But when is nothing a good thing? When is something a bad thing? When is wearing a mask considered a nuisance, but can keep you from coughing on people regardless of vaccination? When is eradicating social distance measures a thing of the past, to the point where people who still wear masks for work and other health reasons have to be scared you will spread it to them?

Just because vaccines are here to help us through an emergency doesn't mean that they are here to stay. Perhaps once this show and dance of viral contagion are over or everyone has a sort of immunity, they may work on the kinks and bugs within the vaccine formation for any mRNA or protein-based virus. These vaccines may not even be certified to be used outside of emergencies if any problems or malfunctions occur in making batches or booster serums for people to take. Who knows, maybe letting our children play in dirt and mud is a good thing, or having them eat glue could help them ward off risky behaviors.

What we do now as a semi-collective group of people, we have to ensure it is our bodies and our well-being that we know better than anyone else. In times of isolation, we have learned that loneliness is a bringer of depression. There is so much to do in our alone time, whether it's alone after work or alone in quarantine. Find something to work on: diet, exercise, or even mentally preparing yourself for weeks or months of isolation if you or someone you know catches the virus. Using isolation and empty walls are good things to work on; you can use it to make your mind a steel box, hard and sharp, you can tackle anything.

We may not be out of the woods yet, but we certainly can be training ourselves to be better during the hard times that lie ahead.

Lover of words with a hope for a future novelist career.

Receive stories by Heather Wilkins in your feed
Heather Wilkins
Read next: How Florida Failed Its Citizens When They Needed Their State The Most