by DeeAnndra Dove 7 months ago in opinion 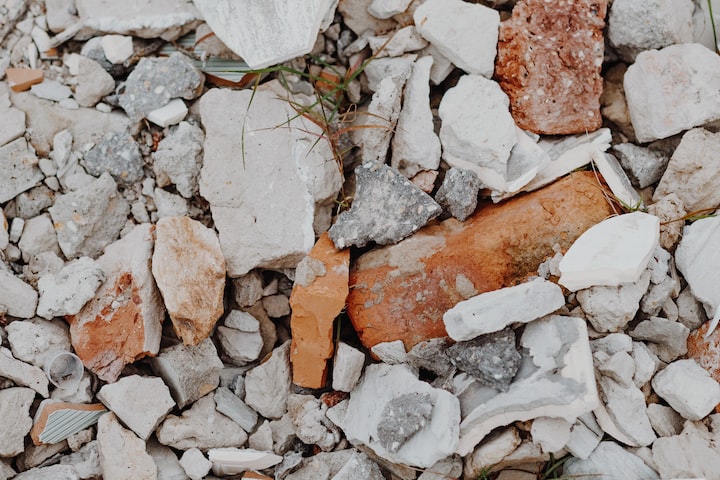 “Take a walk in another's shoes before passing fleeting judgment.”

“Remember when you were in a similar predicament?”

“I hope I never end up there.”

“There are signs everywhere for hiring if you are unemployed now then you are just lazy.”

“Liberals are so stupid.”

Social media is the blessing and curse of humanity that brings forth all of the comments above especially now with the emergence back into society. The entitlement of individuals comes out in full swing on social media, but really it has always been there. Mankind just made a tool to help it get inside our homes and heads faster via social media. It is like we have all forgotten all that those preschool to elementary school teachers taught of the Golden Rule, but if you look at their pages they are spewing the same speech. So who cares, right? Employers do for one. Loved ones secretly going through that issue do for two. The super-low self -esteemed individuals who are self projecting. Why? Well for greed, power, and denial. Let me break it down for you:

Money is the root of all evil. Whether you are religious or not pretty sure we can agree to that after the last four years of everyone arguing over how wealthy our last President was or was not. Greed is a powerful little bugger. According to the Huffington Post back in March of 2013, Wilbur Ross was in the Top Ten Greediest in America article referencing the massive bank bailout back in 2012, when Republican candidate Mitt Romney as the Presidential bid. Ross charged $50,000 per plate to sit and eat with him. (Personally, after four years of watching that man in interviews that were way past overpriced.) Democrats do not come anywhere near free here either. During the pandemic when the entire state of California was shut down Speaker of the House Nancy Pelosi made sure she got to get her hair down, and she also ensured her ice cream was rich. Congress as a whole body constantly holds at bay raising the minimum wage, yet has no problem raising their salaries. Social media takes this to an extra place via influencers, Kardashians, Paris Hilton, and other celebrities flashing all their wealth and belongings to make us all feel less than them. Which then creates the market for beauty, self-help, & fashion at obscene prices.

Power if you have money then you have power. Having a hard time believing me? Ever heard of a show called Shark Tank? Those people are paid to sit and listen to beggars for their money and power. It is a real-life episode of Game of Thrones! Granted not as thrilling or entertaining and luckily no death. Or how about the power of just a name? Did you know that Trump monetized his last name to gain a profit only after The Apprentice started? The former President of NBC admitted that Trump got boasted up to be larger- than- life persona. Power has an odd effect on people, but in reality, if we all just stopped spreading the gunk of slime that is hate speech in all forms then their power would be flipped over. Sing it with Twisted Sister because I for one am not gonna take it anymore!

Lastly, probably the hardest to admit is a denial of reality because the magic of social media or appeal is that we get to be whoever we dreamed of yet have not achieved. Someday though, right? Soon we will be on an actual horse, not a stick horse. Unfortunately, we as a society are the problem with all the negativity being spread because if we did not push that share button collectively it would never go anywhere. The problem is US as a collective. My mother always told my little sister and me that we should talk to each other as if that were the last time we would ever see the other one. Imagine if for a second the WORLD did that. Social media would be actually enjoyable. Would it not?

The bottom line with mental health in the world at the lowest it has been, people still recovering from grief or sickness, or just having a hard time as we all do from time to time. How about we make Mr. Rogers proud and love our neighbors instead of yelling at them? I know for myself that I do not require the help of anyone to be critical of myself. I have a Ph. D. in that field.

Just a woman trying to find her fit in the world. Multifaceted with many passions trying to create her own platform to help others like her find their way.