by Kayla Dell 7 days ago in history

A small snapshot on corruption and land expropriation 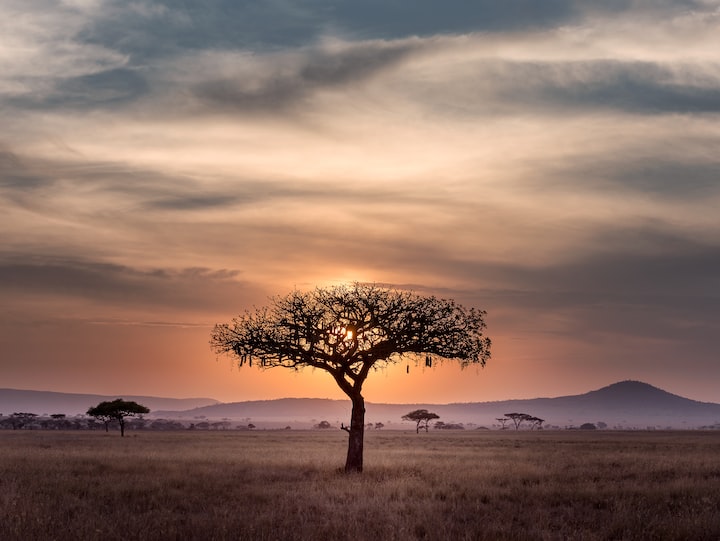 Photo by Hu Chen on Unsplash

It is no secret that South Africa is a politically challenged, often corrupt, racially divided and often lawless country. With a government that is a joke at the best of times and some questionable political parties is it a surprise that the country is in turmoil?

So what is causing these fatal, brutal and harrowing attacks ? The real answer is how far back do you want to go. South Africa’s history is complex and very bloody. It all started in 1652 when Dutch member of the VOC Jan van Riebeck landed on South African shores. Land ownership has been an issue since then. Let us skip forward to 1795 when the British arrived, land was granted to 4000 British workers to farm on in the Eastern Cape. This was supposed to act as a buffer zone between the Xhosa indigenous people and the British. It did not work and Tensions over land have only risen since then.

The proverbial pot was stirred by none other than ever controversial leader of the radical political party the EFF ( Economic Freedom Fighters ) Julius Malema. In February 2018 he called for Land Nationalisation. Then he tabled a motion in Parliament to allow the seizing of land without compensation.

Naturally this caused public uproar, as do most things that come out of Malema’s mouth. At EFF protests across the country Maelma was seen stirring up the crowds with an Apartheid era song “ Shoot the Boer

“ (Boer is the Dutch word for farmer ) Even more public uproar followed. Racial tensions were running high – something that South Africans are oh too familiar with.

Land ownership, land reform and land distribution are complex, as is South Africa as a country. Tensions over this topic are always bubbling under the surface and when they resurface as they did this year things become ugly very quickly. The problem is that this isn’t the only issue, as with all problems in South Africa there are always other complications and with anywhere else in the world throw race into the mix and watch the sparks ignite and chaos ensue.

Malema described the land seizures without compensation and farm murders as “ teaching whites a lesson “ It is common for Julius Malema to be under fire for racist comments and this one is no exception. White South Africans were not impressed.

The EFF tends to be a violent party with diehard supporters. Many of their protests result in violence – often against the white people. So when the black EFF supporters took the law into their own hands a new problem surfaced.

As if the country did not have enough problems to deal with as it is.

The scary fact as well is that South Africa’s National Police Service is doing nothing about it. In some cases they even refuse to record the

incidents and their figures are shockingly different to those of activists groups.

Afriforum is a white rights group and they claim that a motion President Ramaphosa’s government is considering whether to allow the state to expropriate farmland without paying compensation implicitly encourages violence and the vengeful targeting of white South Africans. They also claim that the president isn’t commenting on the White genocide and ethnic cleansing the white minority ( 8.4% ) of South Africa is facing.

In the media the Australian interior minister Peter Dutton cause uproar when he offered Boers fast-tracked visas because, he said, they require deliverance from “the horrific circumstances they face… from a civilised country like ours”. Even President Trump has commented on the matter. In the UK their are many petitions to the government to offer refugee status to Boers.

Right Wing controversial columnist Katie Hopkins caused quite a stir when she got herself banned from South Africa whilst visiting to shoot a documentary about the white genocide and ethnic cleansing. She was barred from returning because of her “ strong racist views “ Oh the irony. However it looks like her footage wont go to waste as she tweeted to Donald Trump that she has footage of the South African Police arming farm attackers, the EFF acting as a terroist organisation and ANC trying to stop her footage leaving the country. The proverbial pot has been stirred even more.

Afriforum ( a predominantly Afrikaans forum ) has stated that them speaking out is finally had an impact in relation to Trump’s tweet.

South Africa faces more and more people moving away from it every single day , the south africans are seeking safety and a better quality of life. The country is unsafe especially if you’re white, theres no water, petrol is now a major luxury, the rand is plummeting, crime is running rampant and the country is on the brink of a civil war. Is it a surprise that the white people are leaving?

South Africa’s national anthem concludes with the words “ our land “ However it appears that the white people in the supposed rainbow nation are irrelevant and the loss of life isn’t an issue for the government, the police or even the black people supporting malicious organisations fixating on getting rid of the farmers.

In conclusion the country the is crying out, wailing even. The question is will the African sun rise again on a fair and unified South Africa?

See all posts by Kayla Dell →