Self Determination VS Termination

by Joshua Chen 4 days ago in history
Report Story

Native American Strife for Self Determination 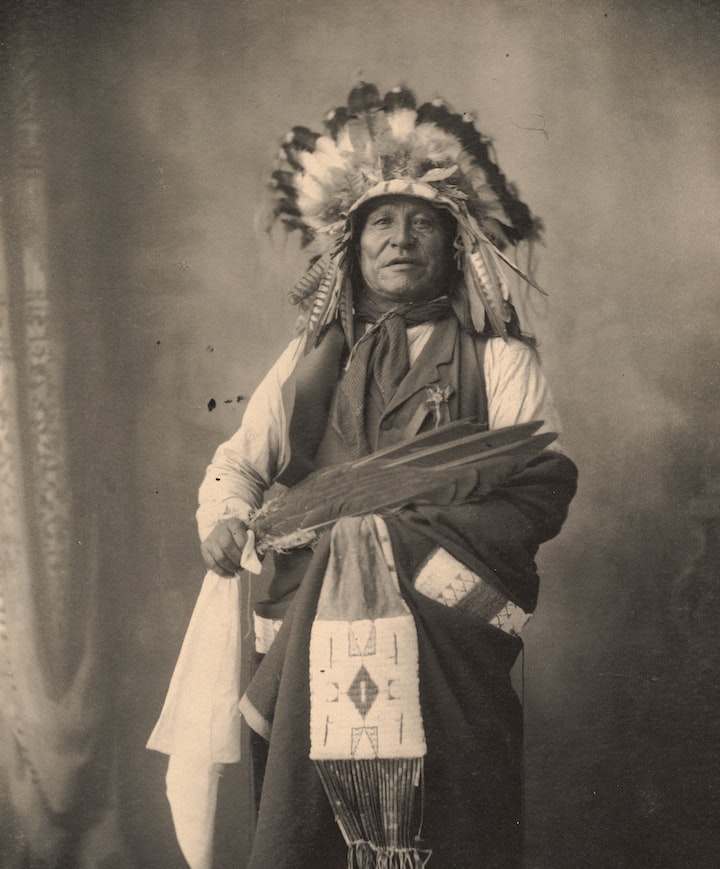 This occupation occurred for multiple reasons but the main one was the 1950s plan to erase the Native American land. The government was cruel towards the Indigenous people. During the 1940s, the Hoover Commission, named after former president Hoover, came up with a plan to remove all Native Americans from existence and turn them into white Americans. The government told Native Americans stories of wonderful other states, but actually, they would lead them to a bad place in the city, with no jobs, or a place to take care of their family. This continued to happen until the government found out about “termination.”

On August 1, 1953, a year after the relocation program began, the United States took assimilating Native Americans a step further with House Concurrent Resolution 108. Resolution 108 stated that “at the earliest possible time, all of the Indian tribes and the individual members thereof located within the states of California, Florida, Texas, and New York, should be freed from Congress began to dissolve treaties, dismantle tribal governments, and eliminate all reservations. This was called termination. Native Americans no longer had their rights and the Government would decide everything for them. The Alcatraz occupation began when Native Americans wanted to have their rights, and create their own decision. For too long, they had been killed, treated unfairly, and constantly targeted by Congress.

In March 1970, a group of Sioux Native Americans requested Alcatraz land, after the Justice Department left, for a cultural center because their usual cultural center was burned down in October 1969. Their reason for this request was because the government promised them surplus government land from the 1868 treaty of Fort Laramie, which they had broken. Older tribe members did not think an occupation was the best course of action and stayed back. Many of the protesters were younger adults, like high school or college kids. Furthermore, a tribe named Ohlone did not join the occupation because they thought the island was cursed. On November 20, 1969, 89 men, women, and children sailed on the dangerous San Francisco Bay to “The Rock” under the cover of darkness. They started the occupation because to demand attention to the health, employment, education, and cultural needs of the Native Americans. Once they stepped on the hard soil, the Native Americans started to graffiti the walls. Some of the graffiti were: Peace and Freedom, Welcome, Home of the Free, Indian Land, Red Power, and Custer Had it Coming. Some of the leaders that led the group here were Richard Oakes, McKenzie Mark, Firetunder Martinez, Allen Cotter, Dennis Banks, and their spokesperson John Trudel. The prison was used as a school and also a cultural center. The Native Americans allowed any protesters on the island with a few rules, which was no alcohol and drugs, but the Bureau of Caucasian Affairs patrolled the shoreline for any other intruders trying to help the Native Americans. The Native American activist group was called AIM (American Indian Movement) or called Indians of all Tribes.

At the end of 1969, celebrities, like Anthony Quinn, Jane Fonda, and Merf Griffin visited the island and started to fundraise for the Native Americans, but in the 1970s many organizers had to leave because they were college students and had to go to school. Drugs and alcohol, which were prohibited, started to pervade around the community. The last straw was when the main leader, Richard Oakes’s stepdaughter died from a stairway accident. The Oakes family left right away after that.

The island started to be out of control after the leadership crisis. Many hippies and homeless people came to the island for free rent. The usual water supply stopped coming because the government stopped it as a result of the leadership crisis, but the Native Americans had self-determination. The Native Americans pushed through their hardships with self-determination, but on June 1, 1970, a fire broke out and most of the people left and on June 11, 1971, police officers and marshalls removed the remaining six men, five women, and four children.

During the 1950s, the government started an action plan to eliminate Native Americans. They started to relocate them and assimilate them into “white America.” But in 1953, a year after the relocation program began, the United States took assimilating further. Congress began dissolving tribes, dismantling tribes, and eliminating reservations. It was called termination.

Before the Alcatraz Occupation, Richard Oakes and his fellow occupiers took over the island with self-determination, after the occupation, Termination officially came to an end in 1975, when Congress passed the Indian Self-Determination and Education Assistance Act. It explicitly stated that tribes have the right to manage their affairs, including running their schools. In 1978, Congress passed the Indian Child Welfare Act, meant to prevent Native children from being taken from their parents and given to non-Native families.

On June 6, 1971, nine men and 11 women occupied Mount Rushmore, as a result of the broken 1868 Fort Laramie treaty, which stated that the Native Americans owned the Black Hills, later turning into Mount Rushmore. Richard Oakes was in many of the protests but sadly passed after a dispute in 1972. Another occupation sparked by Alcatraz was the Wounded Knee occupation standing up against the denied participation of political tribal decisions by an authoritarian regime of Pine Ridge chairman Richard Wilson. The occupation took a turn when armed Native Americans joined the protest and two AIM members were killed in the crossfire. This was a failure in a lot of Native American eyes, such as Vine Deloria Jr because they felt they missed an opportunity to communicate and educate the people about the Native American problems on and off the reservations. There was debate about that statement though. Many people argued and debated that they felt the Native American warrior tradition is going to come back sooner or later.