by Paula C. Henderson 2 years ago in controversies
Report Story 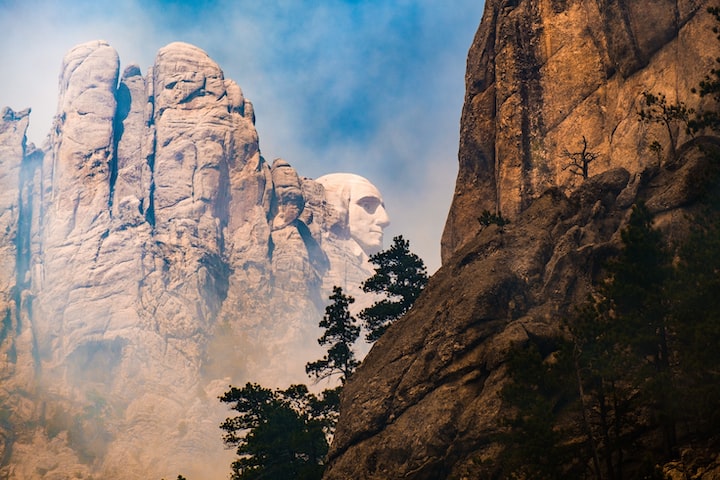 Photo by Levi Jones on Unsplash

In 1980 the United States Supreme Court ruled that the U.S. had illegally taken the Black Hills (the location of Mount Rushmore) from the Sioux Nation. $100 million in reparations was awarded but the Sioux Nation refused the money citing that the land was never for sale. They wanted to keep the land. Although the Supreme Court had ruled the land had been illegally taken the land was not returned.

The United States, still to this day is not following the Fort Laramie Treaty of 1868 agreement. The treaty gave exclusive occupation, including the Black Hills to the Sioux Tribe and also states that white men were prohibited any use of the land without express permission by the tribe.

In 1875, when the Black Hills was barraged by white men seeking gold, the Indians defended their land and attacked the prospectors. In response, the United States, in violation of the Treaty of 1868, passed a law confining the tribes to a small restricted area of the reservation by threat of military force. Within a year Congress passed an act that redrew the lines of the Treaty, seizing the Black Hills. An illegal takeover.

Finally, in 1920 the Sioux won the right to argue their case in court. This lasted until 1980 when the Supreme Court ruled that the U.S. had, in fact, illegally taken the Black Hills. An article in the Smithsonian Magazine [cite: https://www.smithsonianmag.com/smithsonian-institution/1868-two-nations-made-treaty-us-broke-it-and-plains-indian-tribes-are-still-seeking-justice-180970741/] addresses those with the opinion that this treaty is so old and it has been so long that we should no longer consider its relevancy.

The magazine points out that the United States Constitution is over 230 years old and we still consider it a relevant binding document.

The original Fort Laramie Treaty of 1868 can be read here: https://americanindian.si.edu/static/nationtonation/pdf/Fort-Laramie-Treaty-1868.pdf

This year the Native Americans will be protesting President Trump’s celebration at Mount Rushmore, according to an AP News article [cite: https://apnews.com/50f6bdb9e2fd2349bb39b99c1250b093] as the land was stolen from the tribe and is still to this day has not been returned. The president of the local activist group NDN Collection stated “It’s an injustice to actively steal Indigenous people’s land, then carve the white faces of the colonizers who committed genocide.”

Further, President Trump failed to meet with and obtain permission to visit Black Hills, a provision of the original treaty. According to the Supreme Court ruling in 1980 the treaty does in fact site ownership is that of the tribe and not the United States. The monument was built between 1927-1941 without consent of the tribe.

Gutzon Borglum was the sculptor of Mount Rushmore and according to historian Tom Griffith he belonged to the white supremacist group the Ku Klux Klan. He supposedly joined the KKK when raising funds for a confederate memorial of Robert E. Lee, Jefferson Davis and Stonewall Jackson. It was President Calvin Coolidge who requested workers begin work to turn the Six Grandfathers sacred land at Black Hills into what we now know as Mount Rushmore.

Many young Indians experience a punch in the gut when learning American History. As one student put it when reading the Declaration of Independence there was a defining moment when after reading the words of Thomas Jefferson “all men are created equal” only to read a few lines later “the merciless Indian Savages known rule of warfare…”

The protest that will be taking place at Mount Rushmore are not as a result of the Black Lives Matters movement. The Black Hills protest have been going on since the United States stole the land in 1868.

For further reading I highly recommend:

1. “Lies My Teacher Told Me: Everything Your American History Textbook Got Wrong” by James W Loewen. https://amzn.to/2NO7CVK [The New Press, 2018]

Visit author James W. Loewen author’s page. He has many books on the topic of true American History and Racism. https://amzn.to/2YSL8JD

More stories from Paula C. Henderson and writers in The Swamp and other communities.