Post-Thinkers and the World of Tomorrow

"It's beautiful, you won't even have to read the news anymore." 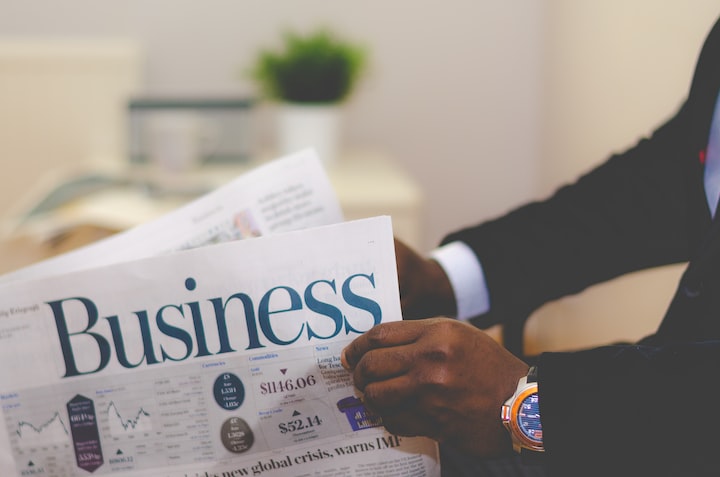 Imagine, it's the year 2045, a mild 104 degree summer morning in Eugene, Oregon, and before you even wake-up, you already have over one-hundred thousand likes for a tweet you didn't write on a story you haven't even read yet.

I'm sitting across a desk from a man who works at the brand-new company, Post-Thinkers. The scenario listed above is their vision for the future that he is currently painting for me. The man, who prefers to remain unnamed, stands in a navy blue suit with no under-shirt.

"Why waste time with more shirts when you have a bustling six-pack underneath?" The second question he asks me while I shake his hand, the first being, "You want any?" He asks, referring to a pile of white powder sitting in a charming silver dish with two silver Birds-of-Paradise circling the rim, a rolled-up dollar bill pokes into the white mound like a straw in a milkshake.

I look at the container, it looks to be post-colonial. "No thanks," I say, as I hear something snap in my thenar from his incredibly powerful grip, his eyes are bloodshot and he appears unable to stop smiling.

"Ha!" He laughs a mighty blast of air at my face, "Don't worry! It's totally legal!" He says pointing to a cylindrical plastic tub sitting on a shelf behind his desk, Joe Rogan stands with crossed arms in a picture covering the container, a daring look on his face. "It's called, Formula: Hegemony," the unnamed shirtless man explains, "it's for optimal brain wave-formulation. It works by increasing blood-flow to your brain, and simultaneously, decreasing blood-flow to your extremities." He says, shaking.

I glance at what I now notice are his purple tipped fingers. "Okay." I say with what I hope is enough indifference to indicate that I want to move the conversation along. As I rub my now injured hand, I open my phone's recording setting and sit-down. "So, as you know, I'm from The Neighborhood Watch, and we'd like to hear more about your new company."

"Absolutely!" He shouts, for a moment he looks prepared to mirror my movements and sit down but instead jumps onto the desk, crouched like a gargoyle, his perfect teeth a few feet from my face. "What would you like to know?" His abs glistening from the strain.

He nods twelve times. "That's right! We take the stress of posting out of your hands and put it in ours! But you get to keep all the credit. It's your post, we just wrote it!"

"Interesting. So, does that mean a customer of yours gets to skip a step? They don't even really have to know what's going on in order to make a successful post."

"Correct." His hands rise into the air like two stop signs. "It's beautiful, you won't even have to read the news anymore. In fact, most people won't. Instead of reading all those friggin' words you just read the most liked comments. That way you know, literally, exactly what's going on in the world but also get a good morning chuckle too!"

At this point in the interview, my hand begins to really hurt. I look down and see blood all over my phone, hot liquid dripping between a deep wound between my thumb and index finger. "Do you have any tissues?" I ask.

"Okay. Well, anyway, there is a diverse array of opinions out there, so how do you make sure the posts you are creating fit with what your many customers want to say?"

"Superb question. And let me say, personally, I believe this is the best part of our product." He looks away from me, up into the ceiling, as if transmitting some answer from the cosmos through his crown chakra, "When you join our platform, you get to choose which kind of tailor-made posts you'd like to produce. Then, we modify your social media accounts so that you only see what you want to see, we're calling our test models for these Sonar Boudoirs."

"I see. What kind of options d-do you get to choose from?" I say wobbling, my head is getting light and below me a small pool of blood is forming on the floor.

His eyes shift down to look at mine, pupils quivering. Three fingers jettison like spikes from his hand. "You get three options: left, right, or incel." He takes a deep breath, the wood beneath him groans as he shifts his weight. "For a mere two Cardanos a month you get all of this and then just sit back and watch the likes and followers come pouring in!"

I nod slowly and try to stand. "F-fascinating. Thank you for talking to The Neighborhood Watch. I-I think I'm going to go to the hospital."

"Awesome! Thanks for stopping by and getting to know us. Look for Post-Thinkers to be headlining Yahoo! News soon!"

I hope you enjoyed my interview with Post-Thinkers, please subscribe to see more stories to come.

Receive stories by J.L.B in your feed
J.L.B
Read next: Cubans are Crying Out for Help and Freedom