by J.L.B 8 months ago in satire

Other Politician: "Feels bad getting SLAMMED." 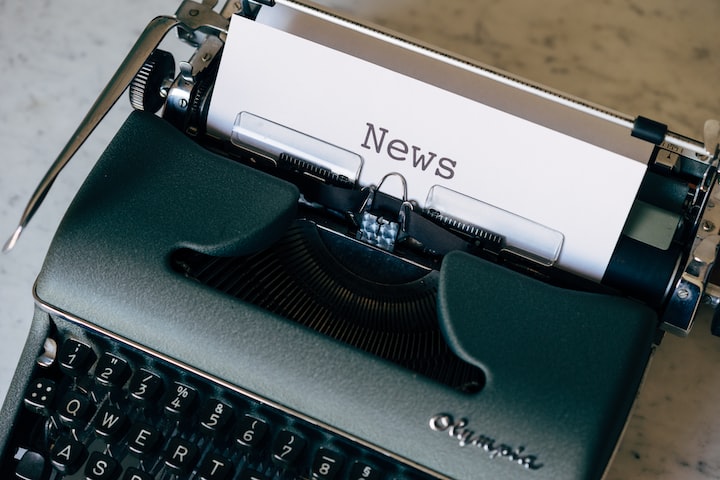 Washington D.C. is reeling in shock from Politician's major SLAMMING on Other Politician. Politician's strong tweet can be seen below...

I feel strongly about the topic that I’m feeling about, which is why I’m tweeting it. If Other Politician disagrees, then they can get stuffed. I’m letting it known to everyone that I’m officially filing a motion for SLAMMING Other Politician.

The day just got started and everyone in D.C. is in an uproar. Other Politician's defense team is doing damage control and have already filed motions to counter-SLAM. But with most offices all over the country constantly filing similar SLAM motions, who knows when this counter-SLAM can go into effect.

A reporter from the Neighborhood Watch was already at the office of Other Politician to get an exclusive twelve second interview. "It sucks," says Other Politician. "Feels bad getting SLAMMED."

The rate of SLAMS has burgeoned exponentially across the nation in the past few years. We called the National Bank of Verbs to find out more, and as it turns out the country is on the brink of a nationwide verbal shortage. "At first," says a teller at the bank who preferred to remain unnamed, "We thought news outlets and journalists just really liked the word SLAM. But, we then quickly realized our verb reserves were deeply depleted. The only counter measures we could deploy in time were to release all the SLAM orders at once. Which of course caused the price of SLAM orders to artificially deflate exponentially." The teller shrugged from the other side of the phone. "What else could we do?"

The technique the unnamed teller is referring to is of course known as 'Quantitative Phrasing', a technique deployed by the National Bank of Verbs when news outlets place too many buy orders for one word. Quantitative Phrasing causes the price of popular words to plummet, which in turn creates an artificial demand for the word, which then creates a feedback loop of extended buying.

A similar, but far more drastic downturn occurred in the now infamous, 'Summer of Jobs' in 2016. Wherein every politician running for office placed extended buy orders for the word 'job', causing a complete meltdown in the Word Market. "That summer still keeps me up at night." Says an unnamed, now retired word broker. "The floor was covered in mile long ticker-tape with one word and only one word written on all of it. I found myself screaming into monitors every night, 'Synonyms! Synonyms!' My wife told me I was having night terrors, yelling, 'Careers! Positions! Occupations!' while running around the house with a bottle of O.J. in hand." The now retired broker shakes his head, "That was a bad time for me." Fortunately, SLAM levels have not reached the epic heights of '2016 Jobs' but diction forecasters have been warning the market of an eerily similar 'SLAM bubble' brewing.

To investigate this story further, we sent our most mediocre reporter to a larger, slightly more successful, news outlet and here's what they found. "As it turns out," says an unnamed journalist at Larger, Slightly More Successful News Outlet, "The algorithm we use to write ninety-five percent of our articles has developed a major flaw and can't seem to stop using the same few words over and over." When asked if they plan to fix the bug causing this problem, the journalist answered, "Nah, people keep clicking on'em".

As long as clicks and buy orders continue, we could be seeing major SLAM-storms brewing all summer long.

For more on this developing story and any others, please stay tuned and stay informed.

Receive stories by J.L.B in your feed
J.L.B
Read next: Are We Losing Our Soul As A Nation?