MP
by Matthew Primous about a month ago in history 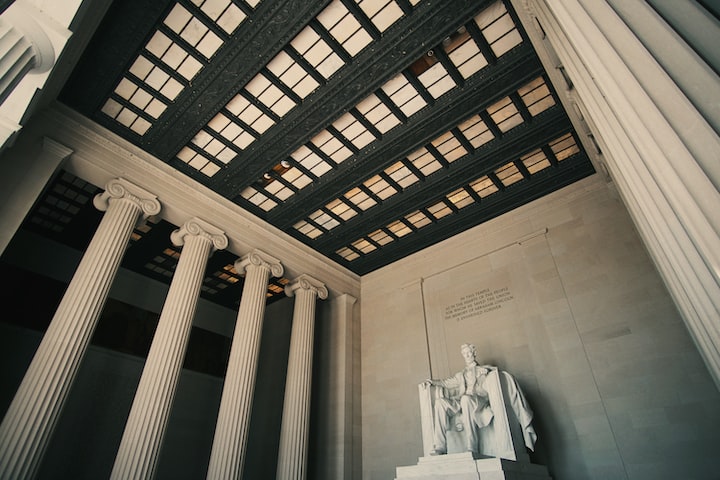 Photo by Sonder Quest on Unsplash

The war was raging yet Lincoln kept his light on the good of the union and the good of his countrymen and countrywomen. With every twist and every turn, he did not waver in his ability to negotiate. He remembered from his mother's last words, to never change and never compromise character to stay the same honest. He felt that his position gave him the greatest opportunity to use eloquence and diplomacy to get the right earning from the intense labor like a farmer, he was ever patient even with little time. This is how he educated himself, a little at a time until the heart desired more. Lincoln worked for everything he had in life and was too poor for privilege until he found himself. As president, he knew that the due season harvested will come on time. Lincoln secretly wanted to save his three living predecessors who were tortured and trapped by the Confederates. Even though he did not agree with his predecessors' stance, he believed that serving the highest office is a privilege that requires careful and dignified actions. With all-partisan set-aside, he knew that he had to act and to act quickly. Who knows what they might say about the union and who knows what they've been put through? Good, Old Lincoln answered the call because he believed that they can help him negotiate the future of America. He always thought about building America again and better including every issue that has been left out to restore the justice needed to last forever. This climax his decision to make sure that he makes the South yield to a truce because he saw how brutal their ambition was and how they dreaded the union. Lincoln had no other choice but to advance the war and keep the peace of the North, he saw that the South wanted to utterly destroy the Union and he was not going to let that happen. He remembered the belief of Van Buren who entrusted the presidency to him before he died winning his vote and support. Lincoln reminded Van Buren of the son who went to the Navy and served his country proudly. Van Buren had a son named Abraham and Lincoln had relatives in New York and it is believed that he came to New York, his relative Andrew Lincoln had a clothing company in East Rochester, New York like Washington came to Pittsford in the 16th Century. Lincoln's resolve was " That we remained one country and united but with no divisions." He knew this task would seem impossible but he did not waver in doing so making it known to his closest allies. And he knew his death would be on the line for taking the side of the liberation and using peaceful devices but also he was prepared and he prepared the union with leaders who were like him to win the nation over. He did not want to die a death in vain but a death that will bring the Union back together remembering that we need each other and that we need to be united for the good of all. That we have a mission to this land and this world to not tarry in ourselves but to avail ourselves as equal and no maltreatment or division has enough strength to divided us when too much blood united us. Lincoln kept the Radical Republicans at bay and always seeing the light manage to edge victory. For he felt each day that he is living and standing for something, it is not in vain. Lincoln believed this despite losing children and not having much of his birth family behind him but through faith and friendship enlightened the world. He was never afraid to defend friends and allies, something he learned all the time with Susan B. Anthony introducing him to supporters to win the presidency, Sojourner Truth as his personal minister who taught him about the struggles of everyday Americans. Frederick Douglass as his loyal friend who visited his house not too long after being freed, and Ulysses Grant, the general he renamed, his most faithful successor. Abraham Lincoln found friends and allies in all walks of life.