by Grant Patterson 2 months ago in politicians 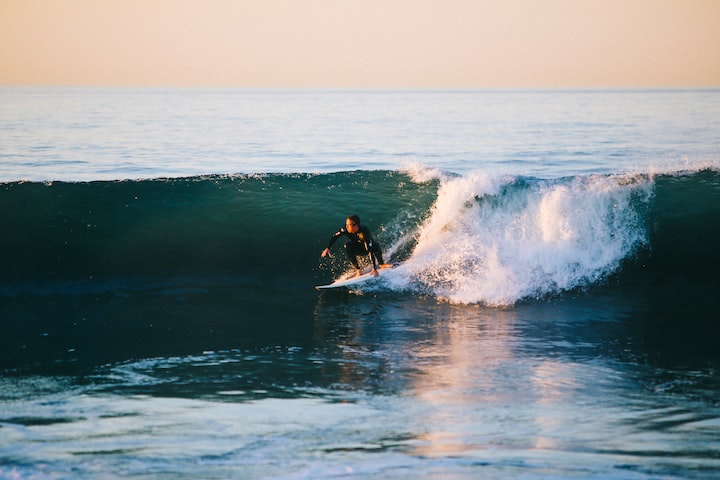 Forget whatever the hell our national motto is these days (We're sorry?really, really sorry?). "Oh, Justin" ought to replace it.

Our Prime Minister, lucky as always, recently retained a tenuous hold on power after a bone-headed, 610-million-dollar pandemic election that left him exactly where he was before. Though widely disliked, he maintained a hold on the votes of less than one-third of the electorate, which luckily for him was spread out in key ridings in Canada's three largest cities.

Justin is lucky, yet Canada is not. We're saddled with 32% of voters who would follow this guy into hell, then ask for a second date. Alas, we're stuck with him.

Within weeks of winning re-election, he proved yesterday why he didn't deserve it, with yet another "Oh, Justin" moment.

Justin, for those of you who don't know, is an actor. No, really, a trained one and everything. When the situation calls for him to form an emotional bond with those vital 25-39-year-old female voters, he cries on cue. Apologies for past wrongs are his stock-in-trade.

It's a bit embarrassing really, but then, I'm a Stone-Age heterosexual male. For some people, it works. That's why he always does it. Yet, he doesn't really mean it. Don't believe me? Look at what happened yesterday.

Yesterday was Canada's first ever National Day of Reconcilitation, intended to commerorate the suffering of First Nations peoples such as those children whose unmarked graves have recently been discovered around residential schools. Residential schools were, depending on who you ask, either a well-meaning but wrong-headed attempt at educating FN kids; or a full-on exercise in ethnic cleansing.

Personally, I think it was a little column "A,"a little column "B." But since the uncovering of several sets of unmarked graves in the spring, Canada has been in national shame mode. Flags have been flown at half-staff for months. So, what was formerly "Orange Shirt Day," an informal remembrance of those who suffered became a federal statutory holiday.

So, what did Justin, the Great Emoter, do? He went on vacation, dude! To Tofino, brah! Surfs up!

"Civil servants get the day off? Hey, dude...I'm like, a civil servant!" I imagine this was the train of thought. Justin's trains are not reliable, nor are they long.

"Tone deaf" doesn't begin to cover this. The man who has shed gallons of tears over this issue, worn the headdress, admitted to national "genocide," this man not only ducked out on meetings with FN representitves, but then he lied about it.

Justin's people said he was in his office in Ottawa, in meetings. IMPORTANT meetings, to be sure. Er, but no he wasn't, actually. A reporter looked up his RCAF plane on Flight Tracker, and lo and behold, it was headed west.

Justin's people had to admit he was playing hooky. Guess he just needed to catch a wave. I can think of a wave I'd like him to catch, but I'm trying to be nice here.

First Nations leaders, already wary of his habits of unkept promises and his demotion of the highest-ranking FN cabinet member ever for daring to stand up to him, were, to put it mildly, less than impressed.

Even the usually supportive media were a bit put out. It was like something a teenager would do, really. Skipping out on a math test to do something exciting! This being Prime Minister stuff is too boring, man!

Warren Kinsella, former Liberal strategist turned Trudeau-hater was fuming in the National Post. "Where is the outrage?" he asked. Kinsella wondered aloud why the Conservatives weren't more heated about it.

"Meh. That's what he's like." was pretty much the reaction from the other side of the aisle.

Come on, Warren, can you blame them? They just busted their asses trying to convince Canadians to give Justin the old-heave-ho, and to say they had a good case is like saying Shaq is the right man to change a lightbulb.

However, it wasn't good enough. A stubborn third of the elecorate clung to their unshakable belief that all that emoting really meant something. Or maybe they just liked the 900-dollar cheques every two weeks. Whatever.

But this is where we are, and could be for the next four years. We have a teenager running the country. You could forgive those of us, who, like me, have been pointing out what an abject fraud the man is, if we take this occasion to say "Told ya so."

And a third of the country, in just the right ridings, will likely not give a microscopic shit about this. What Donald Trump once said about his supporters, "I could kill a man in broad daylight on Fifth Avenue, and they'd still vote for me," is likely true for Justin too. So, forgive us for not getting too exercised about all this. It's who he is, and we knew it. We've known it for years.

Those of us who voted for him, after SNC-Lavalin, after Blackface 1, 2, and 3, after Admiral Norman, after the WE scandal, after he sued Parliament, after he fucked up on COVID, after all the broken promises...we have only ourselves to blame.

Shame on us, Canada. Shame on us. But hey, at least the surf is bitchin'!

Grant is a retired law enforcement officer and native of Vancouver, BC. He has also lived in Brazil. He has written fifteen books.